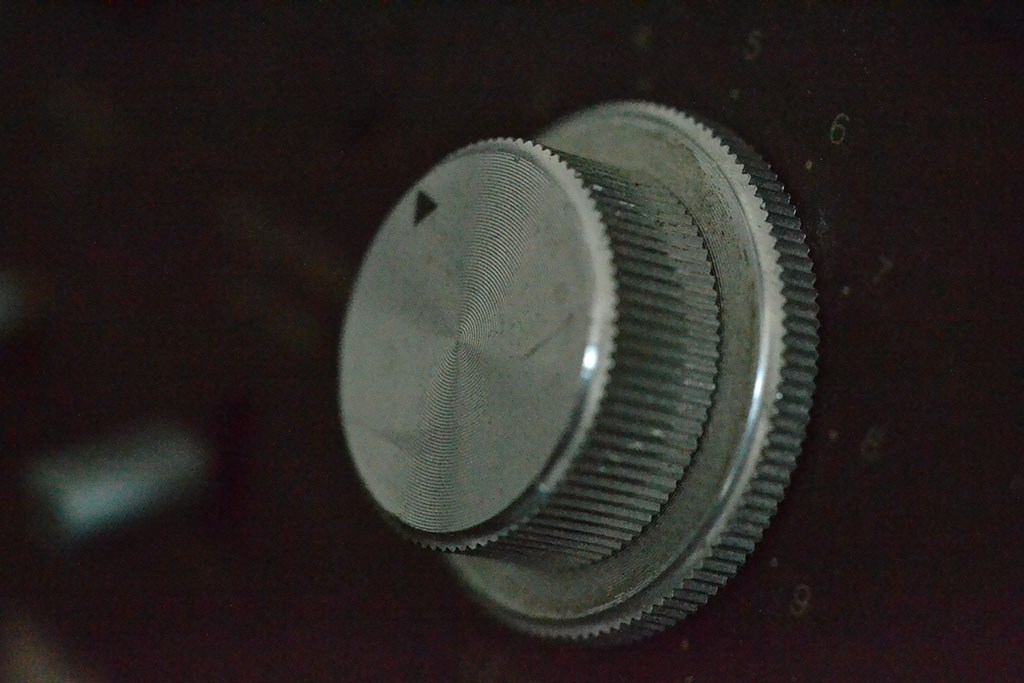 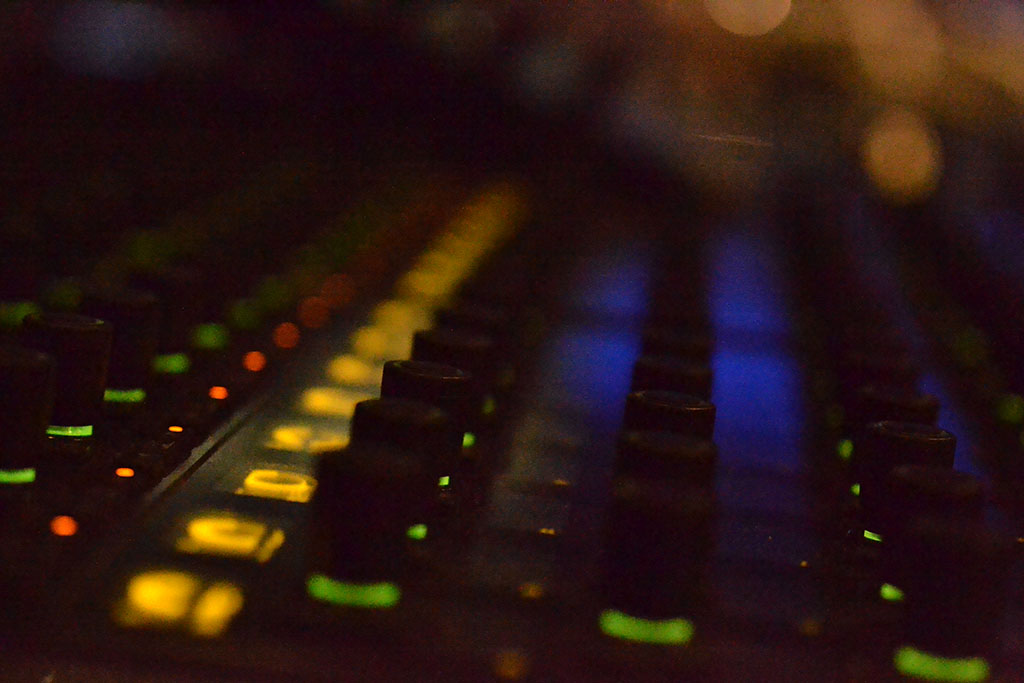 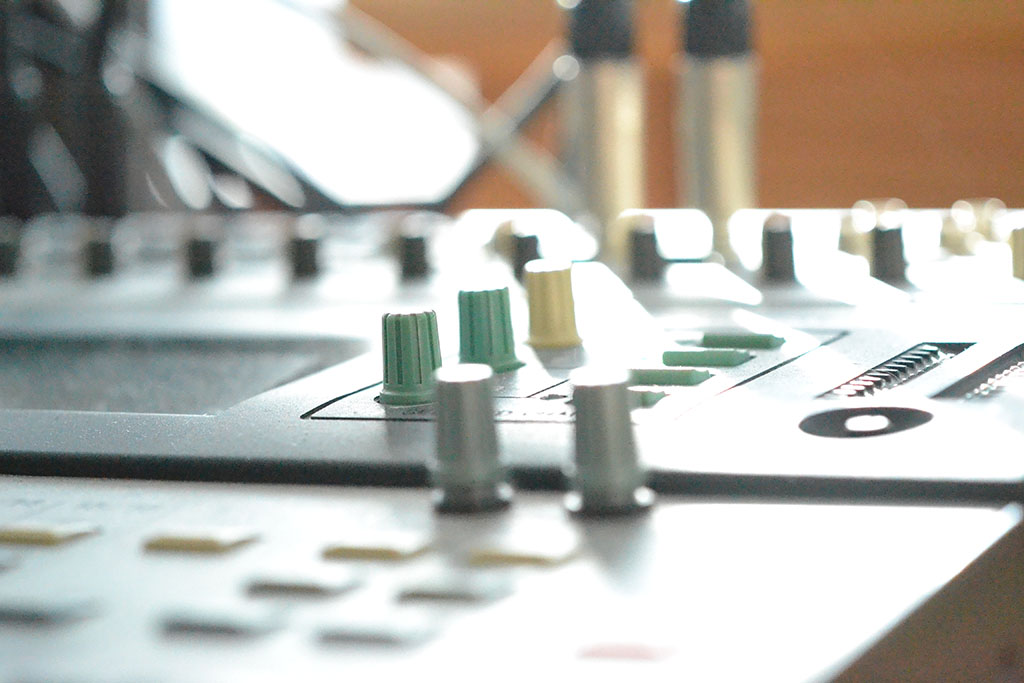 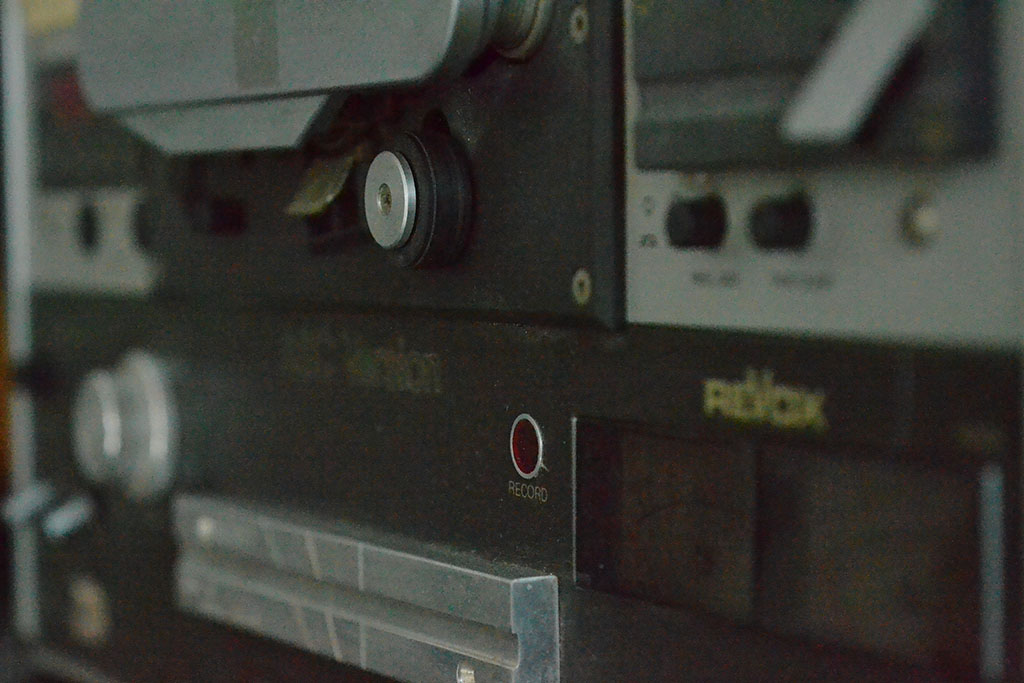 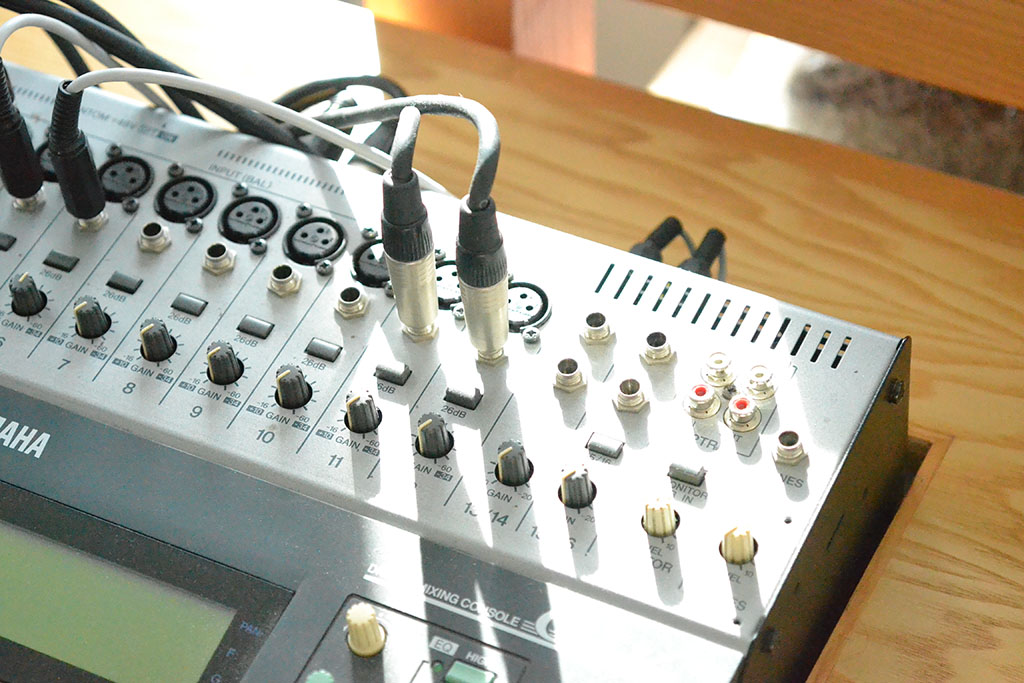 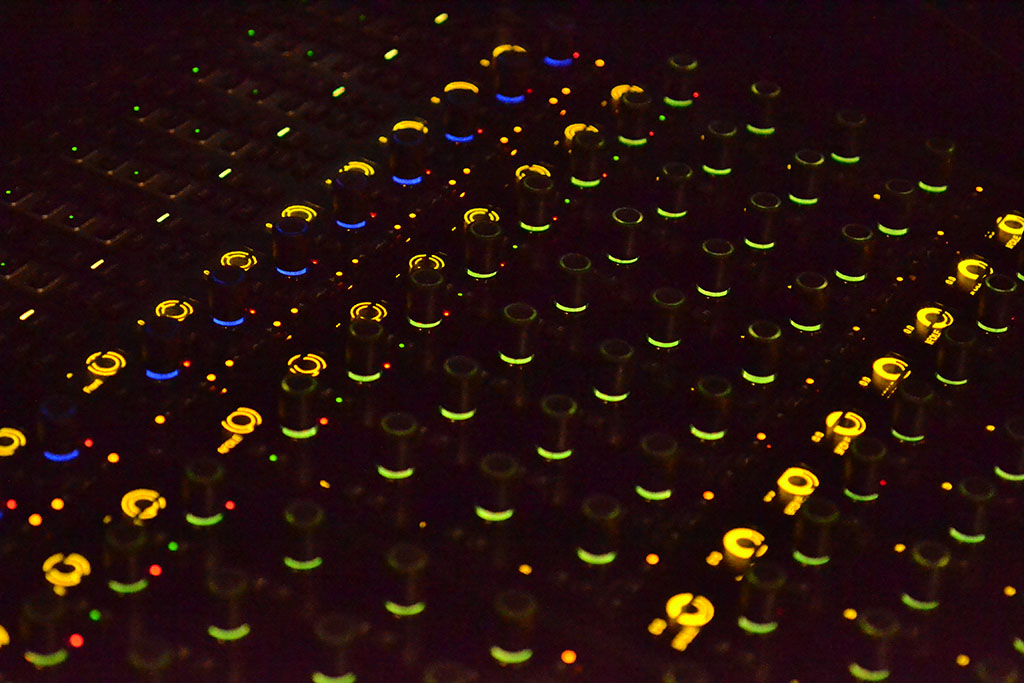 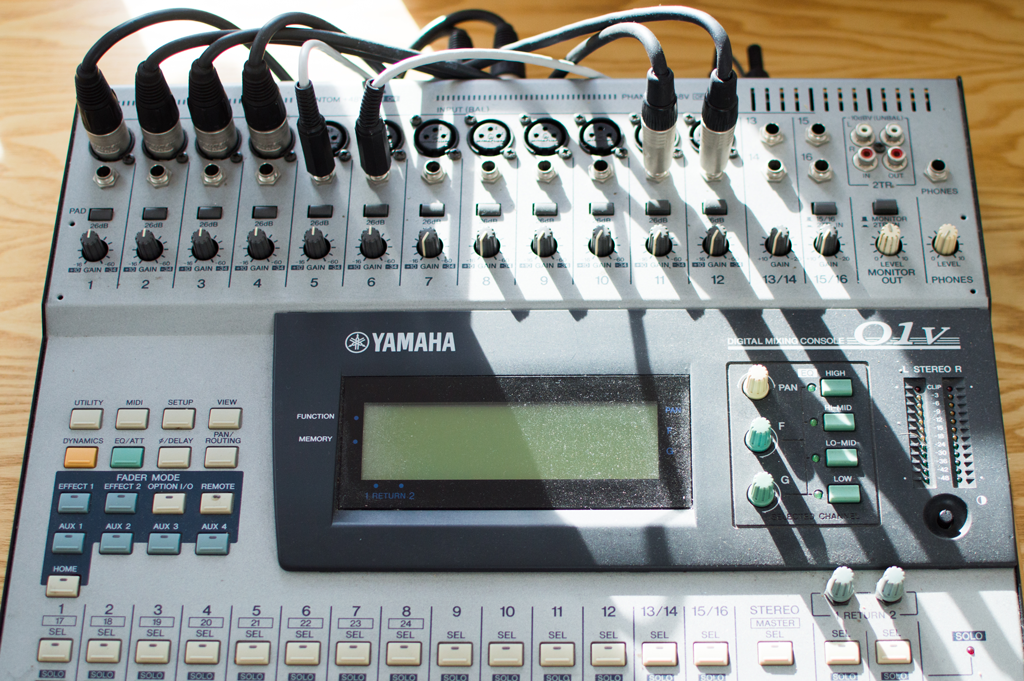 Getting your new dubbing theatre up and running must be a hugely exciting achievement -how will this advance the possibilities of sound design for Wounded Buffalo?

They built the Dolby atmos theatre with the idea of trying to bring more work out of London, it’s the only Dolby atmos theatre outside London so I think we are going to try and get more in to film, and drama. Because we are primarily natural history documenters.

Are there any projects your working on that you can tell us about?

At the minute It’s all go on Blue Planet 2, we are on the final push for it, hopefully getting the final mixes done today. We are working on a new blue chip one from the BBC on wildcats, but mainly we are focused on Blue Planet 2 at the moment.

Wounded Buffalo have worked on some incredible projects in some of the most far flung places in the world! What’s the process of capturing the sound of a place you’ve never been to before? Does it differ to returning to a location that is familiar to you?

Hopefully they would’ve taken a sound recordist with them and recorded sounds specific to the environment. But I think if that hasn’t happened, it comes down to a lot of research to find out what wildlife is in that specific place. Kate and Tim have done it for so many years they’re able to pin point which wildlife is in specific areas straight away, and I think that grows with the job.

With seven of you working at Wounded Buffalo and freelancers too, how important is collaboration in allowing each person to bring their own expertise to a project?

When it comes in, it comes in completely blank for natural history. And at the beginning it goes in sort of two directions in to the track lay and then the Foley. The track lay will come from either field recordings or live sound, and then the Foley is all the movements that are quicker to find through libraries. It’s happened a lot actually with blue planet 2, before we start the Foley session we look at their track lay to see what we can add to it rather than doubling up doing similar sounds and things, so It has been quite collaborative with this project.

Most in the creative industry would usually admit they find it hard to switch off in their free time – is this the same for you? Do you ever hear sounds when you’re on holiday, for example, that you desperately want to record?

Actually since coming in to the job, it’s become more apparent.

Max one of the directors who works off site is a really passionate sound recordist so he has these pocket sound recorders. So I went to Brazil last month and he’s given me the sound recorder to get some footage over there. I would kind of leave it, keep it away from people and just try and get ambient sounds of the area. Also people, but then you’d be able to use that for specifically Brazil areas with people in the background. And also, like random things, the director was talking to me about creaking bamboo and I was really noticing that there, so I was just leaving the sound recorder by some bamboo.

What’s the furthest measures you’ve gone to to collect a sound piece?

Probably just when I was in Brazil was the most I’ve done. But for example, Johnny one of our sound editors has just had some puppies and he’s always recording them and he’s then used them for a dog’s project when that’s come up. So I think it’s just keeping aware all the time and having the sound recorder in your pocket if anything happens, like if a door closes nicely then grab that!

What makes a great Foley artist? What skills do they need?

I record the Foley and I’ve worked with quite a few different Foley artists. But our main guy Paul, is a drummer and I think that’s quite important because it’s really helped him to figure of the rhythms of animals because they all have different rhythms. And also, playing games, because of that hand eye coordination. Because a lot of the time they wont see the video at all before and they’re just working on reaction, so if the animal is walking through grass and then moves on to something sandy then they are having to quickly move on straight away to the next movement.

If someone was reading this and were now fascinated about your job. I’m sure the next film/TV show they watch; they would pay far more attention to the Foley. What would you recommend they watch to inspire them?

A really good one for when I was much younger was wall-e. Because it’s all animation they’re having to create all the characteristics from all of the characters on there through sound design, even the voices. There’s a really good option on the DVD of wall-e on the making of the sound design and its really interesting. That inspired me at the beginning. Animation is very similar from natural history that you start from scratch, but natural history you’re wanting to create something humans are wanting to already here. Whereas animation you can be much more creative with the sounds. We do a little bit, Aardman will sometimes come to us and Arthur Cox, but yeah animation is something I would like to get in to more.

What is the weirdest sound replacement you use in Foley?

I was find it quite funny that bird wings are usually made using gloves, different sized gloves or different material for different types of birds. And even when you see animals eating and things it’s usually just Foley artists having a little much in to the microphone!

How do you feel about that fact that when people watch natural history documentaries they think the sound the sound is just recorded there?

It’s kind of a tricky subject because a lot of people can feel a little bit cheated and think that it’s just fake. But actually the fact is if you watch it with the real sound you’ll just be hearing like the engine of a jeep, because microphones just cannot zoom as far as cameras and it would probably make quite a boring show. When you’re under water and a shark swims past you you’re not going to hear a really basey tone or a swoosh of the water but you can get really creative with it because we aren’t used to hearing things under water. So you can be a bit more creative with the underwater stuff.

Wounded Buffalo, is one of Bristol’s first independent and fully digital sound post-production studios. They are the only Dolby Atmos sound studio outside London.  Their sound design can be heard on documentaries, feature films, radio programs, television commercials and more. From the prehistoric voices in Walking with Dinosaurs 3D to the oceans and jungles of Planet Earth. Hannah Gregory is an assistant sound editor at the Wounded Buffalo, who specializes in Foley design. Having studied Music technology at university, Hannah has always had a keen interest in sound design. Working as a runner for films@59 and Evolution TV she specialized in audio where Wounded Buffalo recognized her passion for sound.