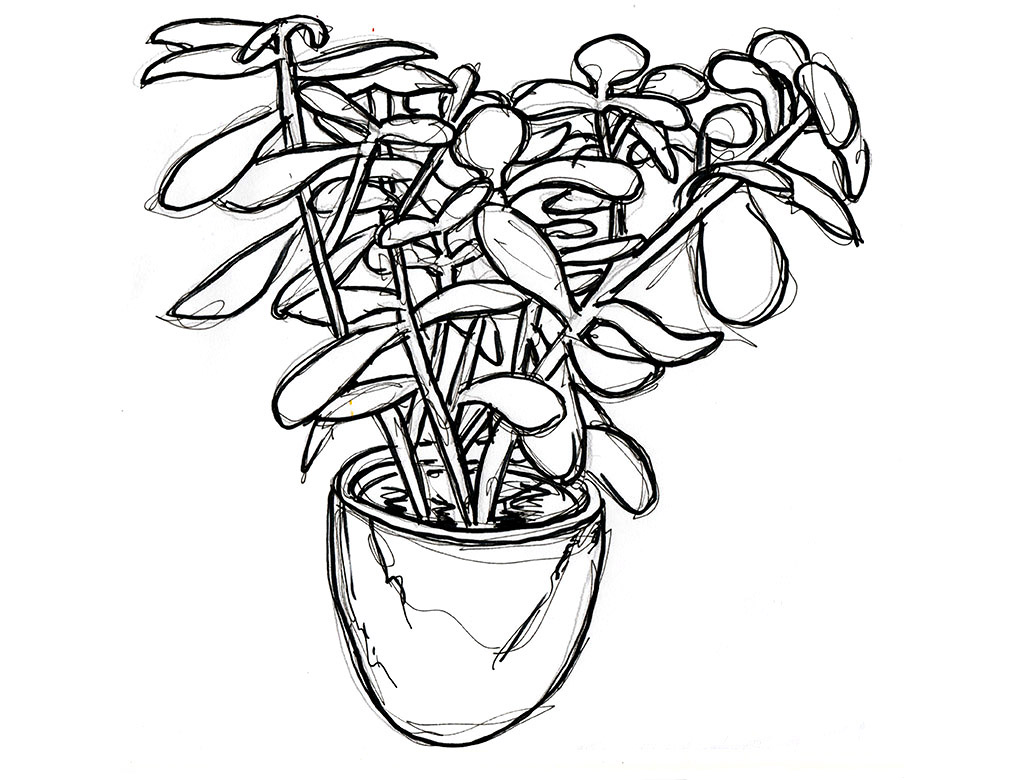 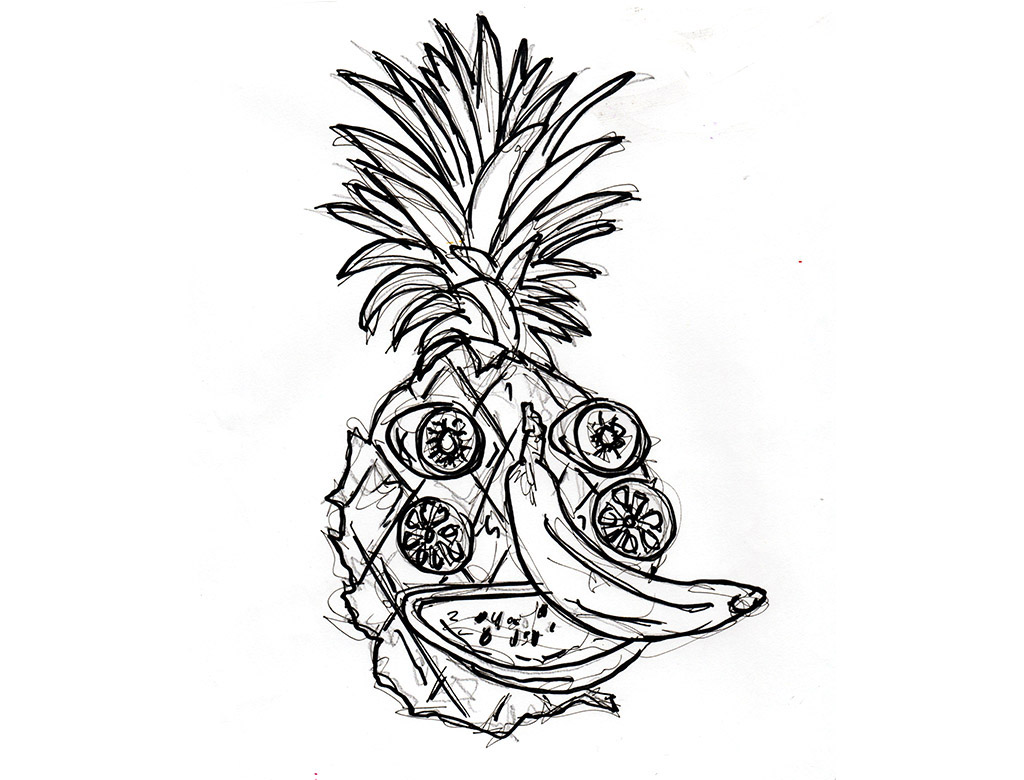 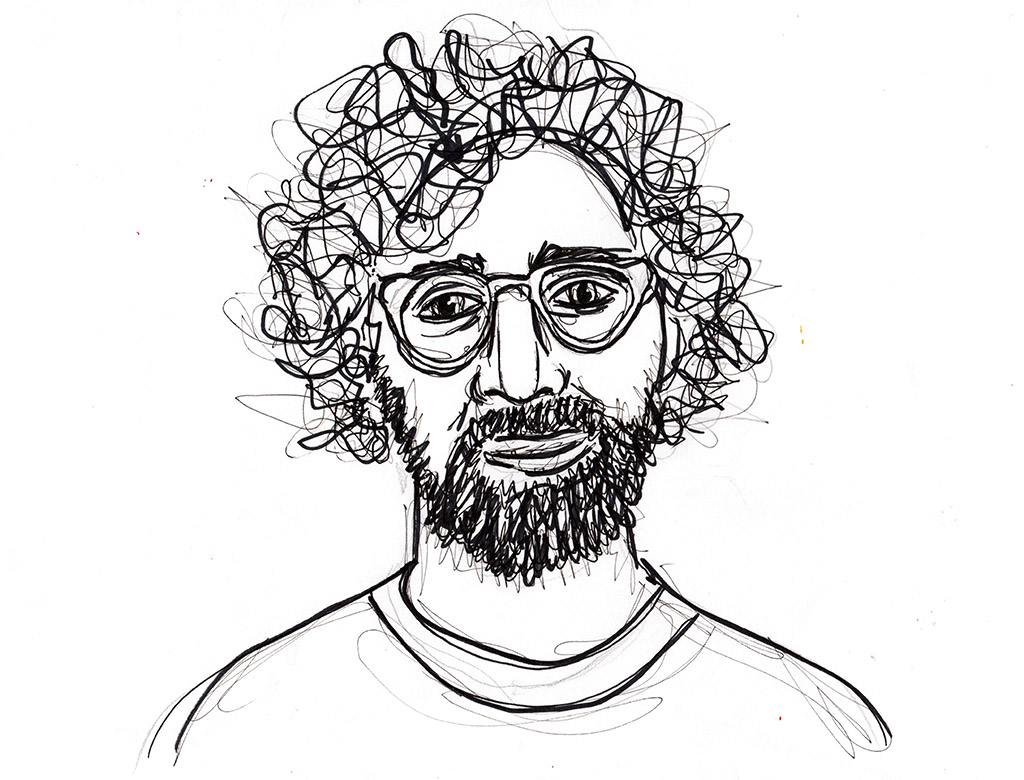 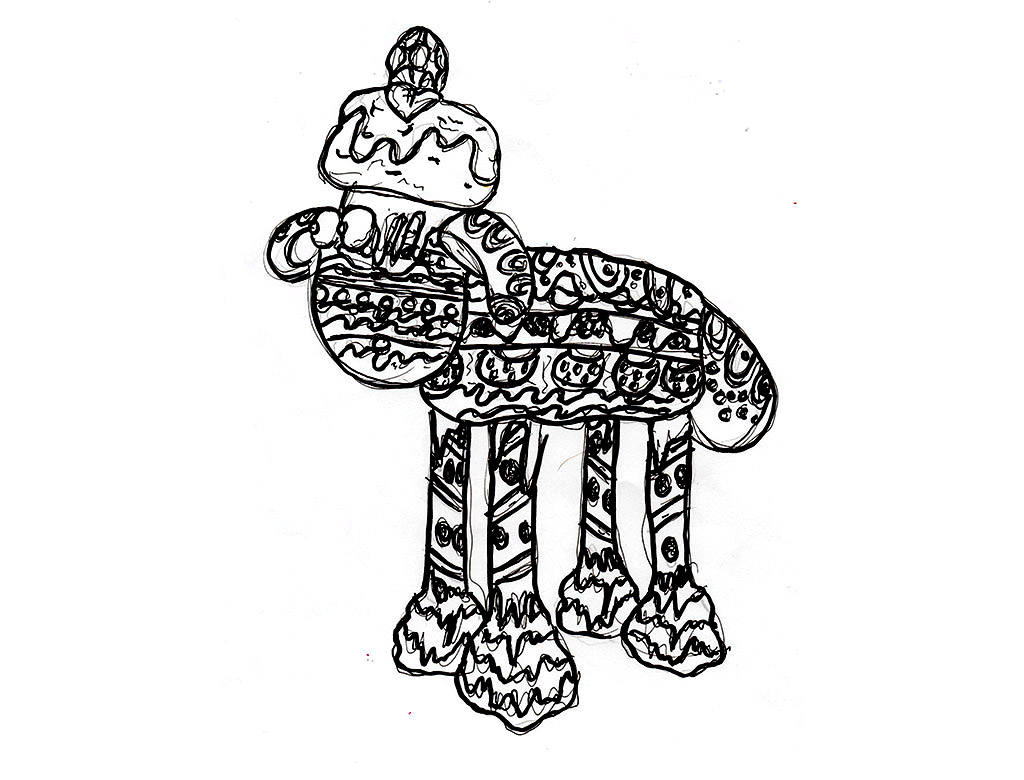 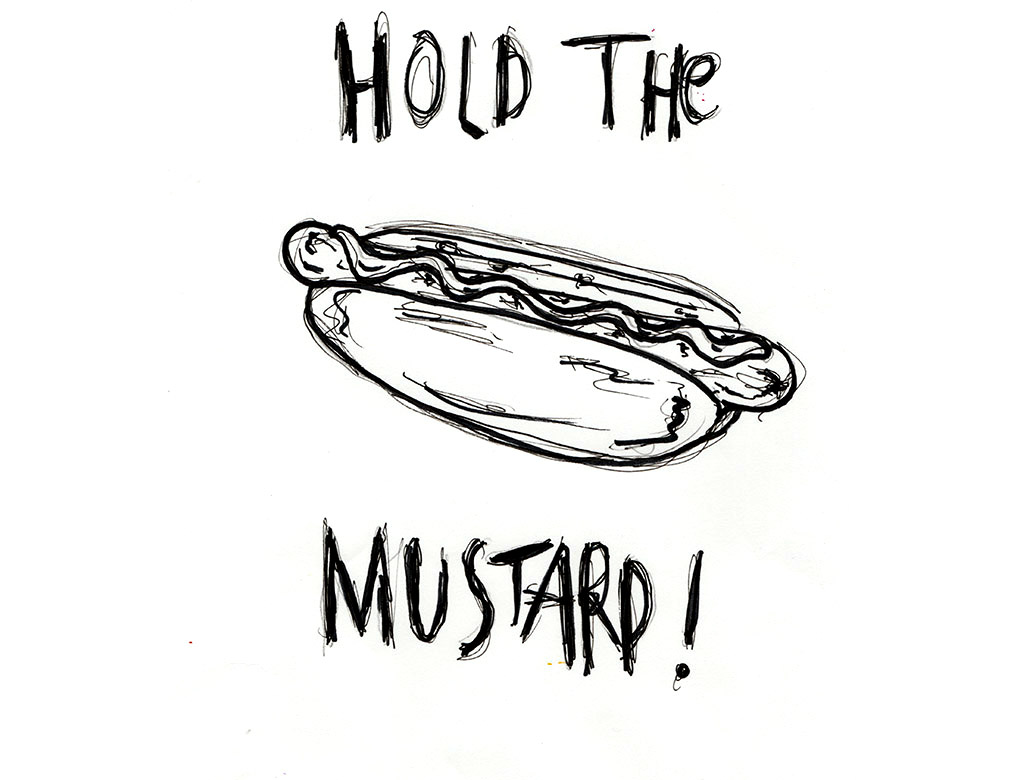 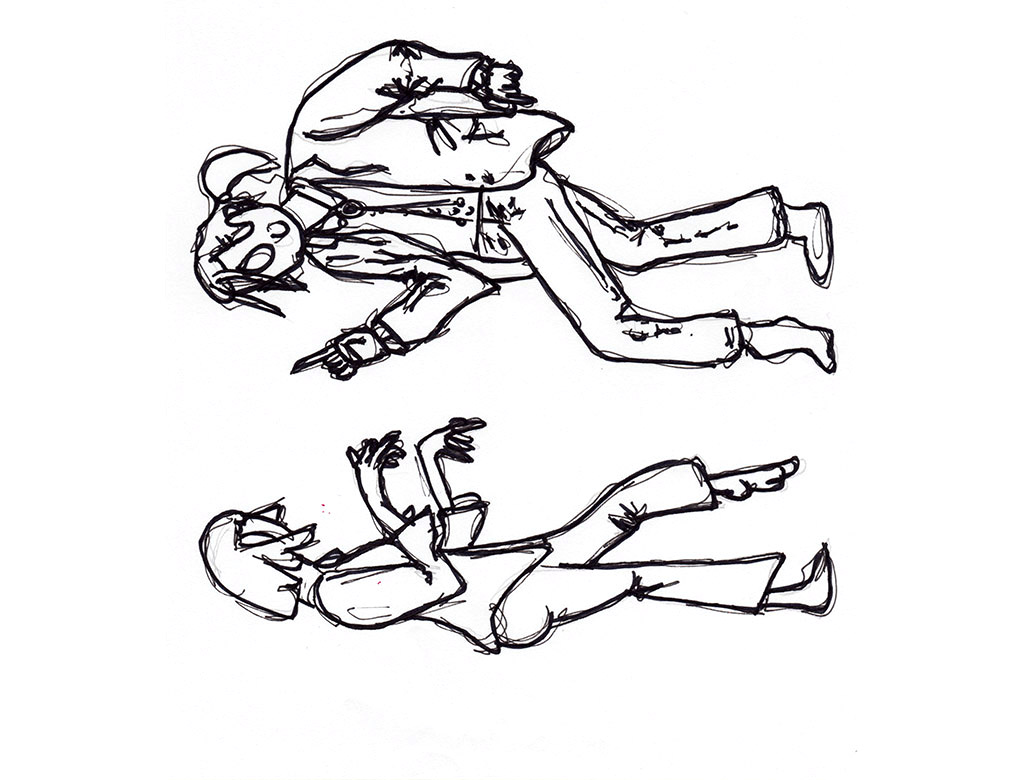 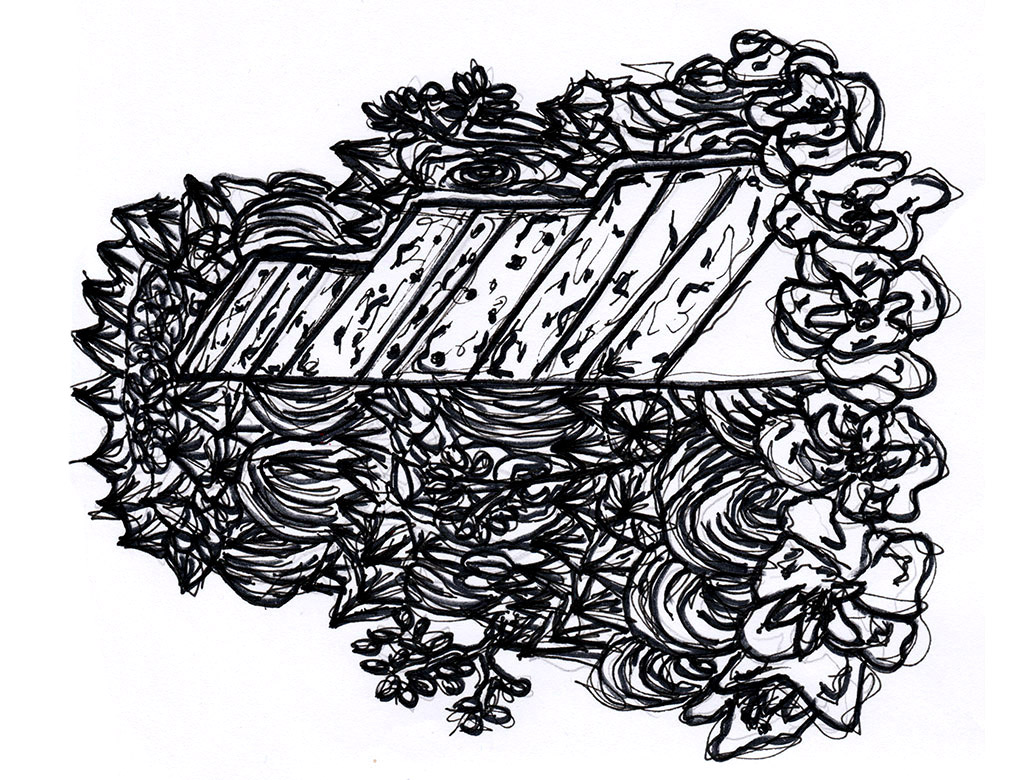 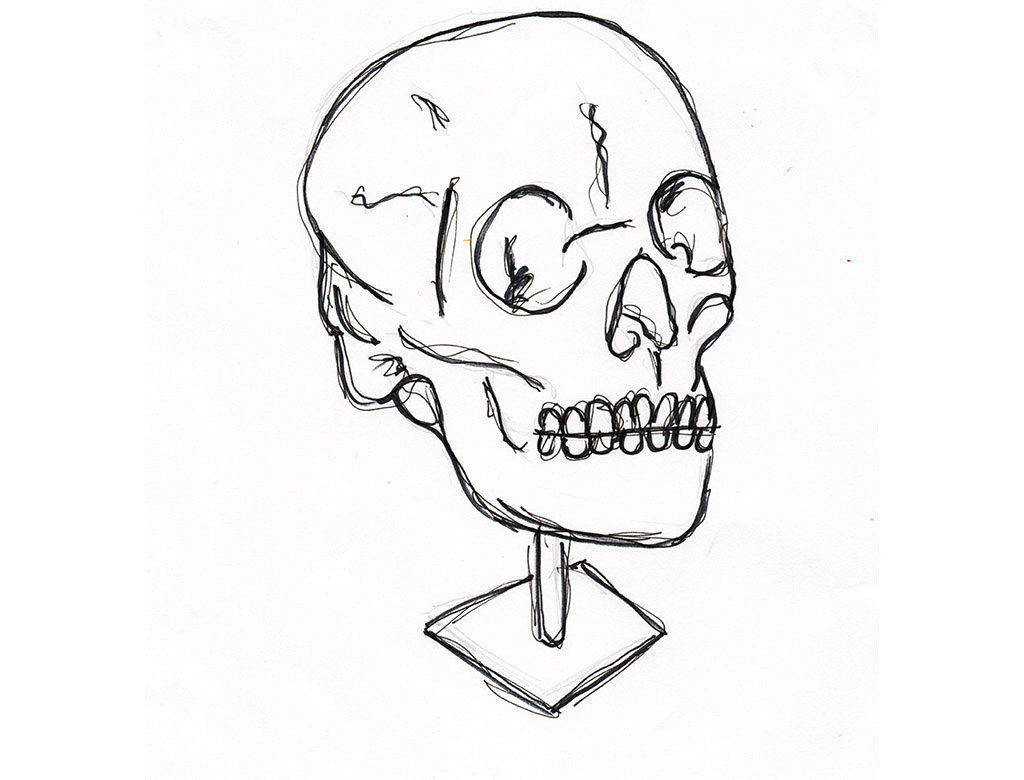 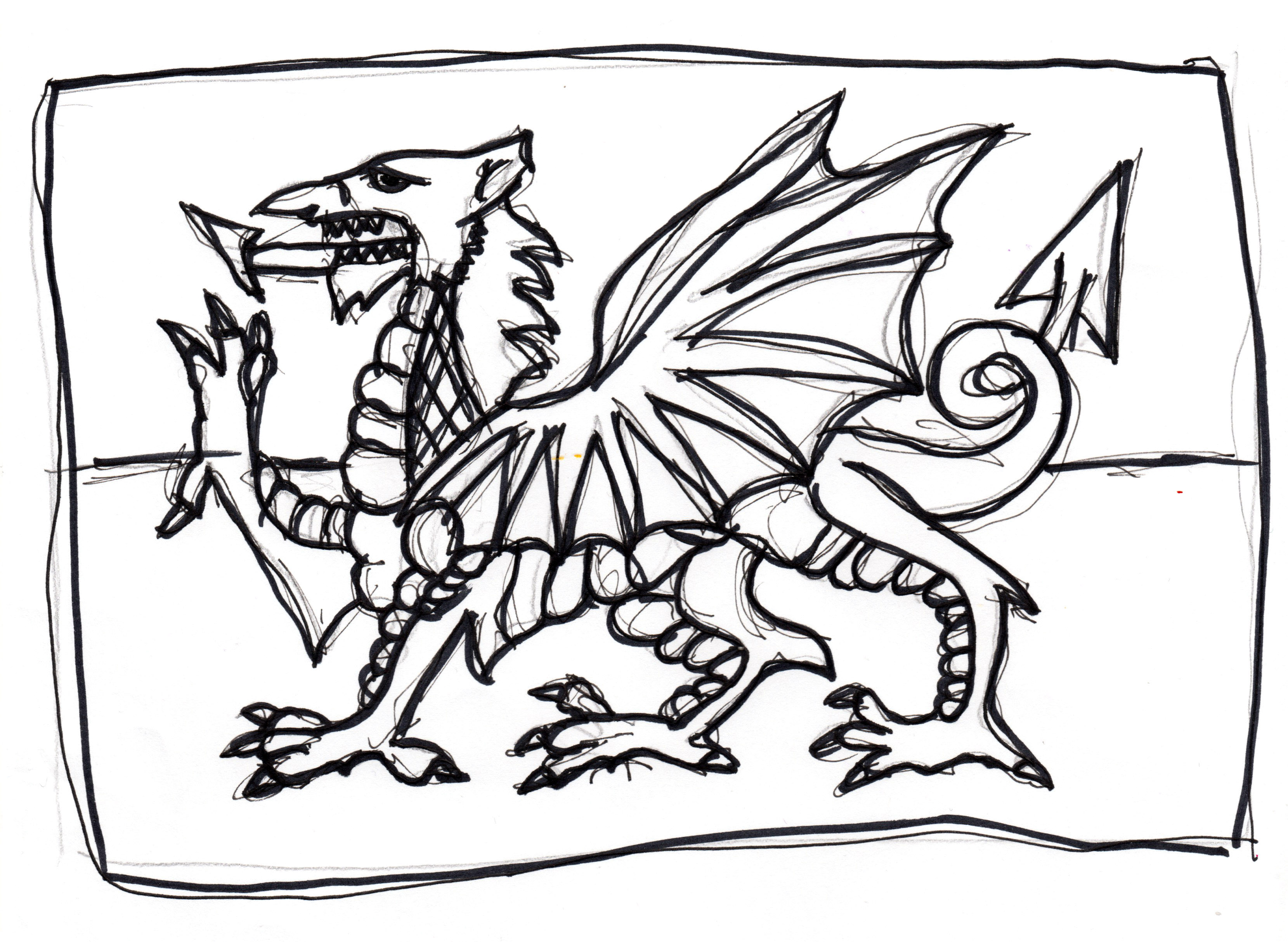 How did you first get into illustration?

“I did sequential illustration in Swindon that was a HMV and I did a BA honours in illustration in Bournemouth, graduated in 2006 and then spent some time doing lots of freelance work. I was doing lots of group shows down in London and lots of live drawing stuff and so moved there. Then a week after moving, I got a job working in an edit for a TV show and that happened to be The Great British Bake Off and then I got the illustration job from there just from being in the room and then kind of worked on from there.”

What would you say are the impacts of your profession/ what can illustration teach other people?

“From my point of view I’m not sure that the illustration I do has much impact because I think with every kind of visual art there’s different sectors for it and I feel like mine is more kind of an it comes and it goes. There are certainly political illustrations that I think can have an impact pushing a message but I do believe political illustration is generally the only format that can push that sort of thing.”

Who is your dream client?

“Like most it’s working for people like the New Yorker; the big publications that are in America such as the New York Times or big magazines such as Thai magazine. With regards to things that aren’t just editorial, it would be nice to do a big campaign with a global name, goodness knows who, but everyone should be striving for that sort of thing pushing to be working for as big as possible clients.”

If you had to do illustration on a specific topic that’s self- motivated what would you pick?

“I guess I don’t really do that kind of work anymore; when I was in university all I did was political illustration as that was what I wanted to do; my influences were Gerald Scarfe, Ralph Steadman. I used pen and ink so I was motivated by anything that was in the news that day or something that I felt needed to be talked about. Over the years my work has changed based on the work that I’ve got.

I have been doing The Great British Bake Off for 8 years now and I have tried to continue doing as many different styles as I could to try and keep motivated and interested in my own work but I have realised generally, if you’re doing things in many different ways, unless I’m doing political “fruit” people are going to get confused!”

What is your favourite tool to use to illustrate in your design process?

“It used to be just pen and paper to start out with but last year I went fully digital purely for time. I would then take it to a lightbox and draw over the pencil sketch with Posca pens; the finest type and this took a lot of time as then I’d have to scan and tidy up the image with all the ink splatters and fiddle with the levels and then recolour things digitally and it just became too time consuming. So, now I just do everything with the pencil tool and pen tool on my drawing pad.”

What would you say is your favourite thing to illustrate?

“I think realistically, the thing I have drawn the most over the years the most is people. That’s something that I have definitely moved away from but that’s purely because of the work I am given. I like it because there’s a million different ways to draw people and in different styles and sometimes it’s easier to tell a story with people then potentially the decorative arts that I do now.”

What is involved in your process- such as printing and other people; is there a specific person you go to?

“I’ve used the same printer for quite a few years, probably about 10 years. ‘Ripe digital’ they’re in between Bristol and Bath and ever since I’ve left uni I’ve always done stuff with them; they’re quick, super quality and I print to run and I get the prints back quickly.

Last year was the 1st year I got help; Casper who started a week after graduating and helped me with the Bake off tasks and I got him back again this year to be my intern. I set up the company ‘Studio Hovey’ last year so that it was more of a company and that was a decision to potentially move beyond just doing Bake off as (for 7 years I did everything myself) it was obviously a difficult decision to pass off the work but it meant that I could take on other work.”

During your ‘Shaun in the city star bake’ project, were there any challenges involved doing something 3D?

“It wasn’t necessarily a challenge to paint it as I love that as it’s something I don’t get to do anymore but it was purely the size of it and just stupid amounts of detail as I wanted it to look good and right rather than just flat, vector colours that could be done in 2 weeks. Mine took 5 weeks in total to complete and it was really nice just be painting all day.”

Describe illustration in 3 words of your own:

Tom is a Welsh Illustrator based in Bristol. Tom’s multi-disciplinary approach has seen him apply his unique style across a broad spectrum of genres including TV graphics, food illustration, editorial, book illustration, storyboarding, animation, apparel design and murals. He is best known for his acclaimed food illustration work. He has produced the illustrated graphics for BBC One’s ‘The Great British Bake Off’ since 2010. He now has his own studio (Studio Hovey) which was set up in 2016.