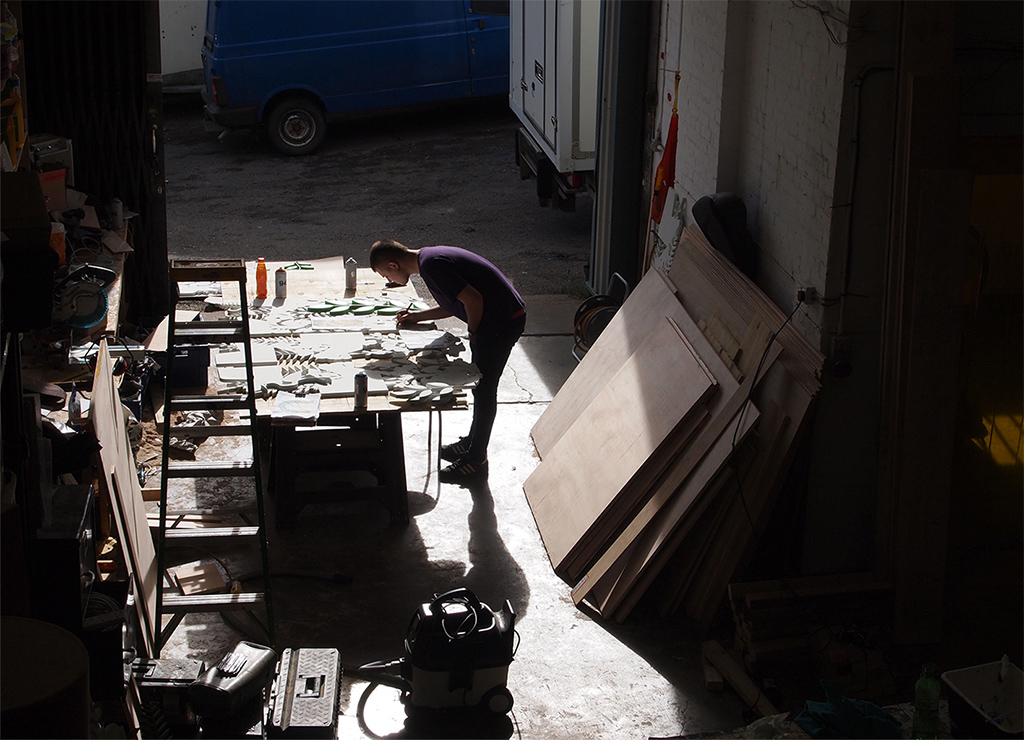 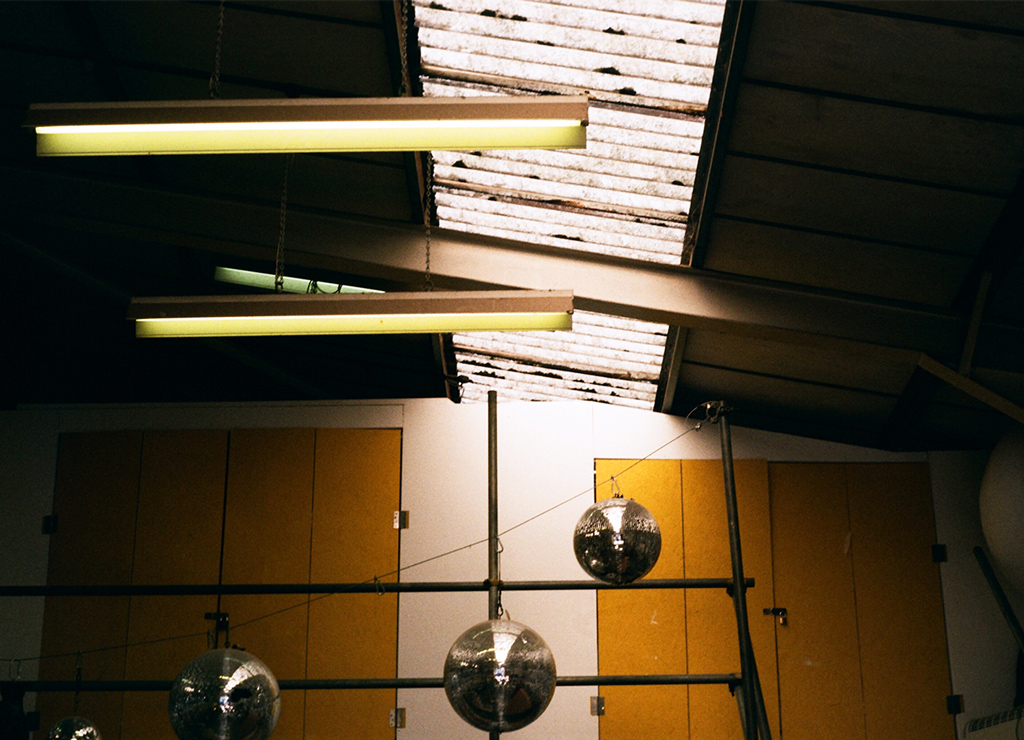 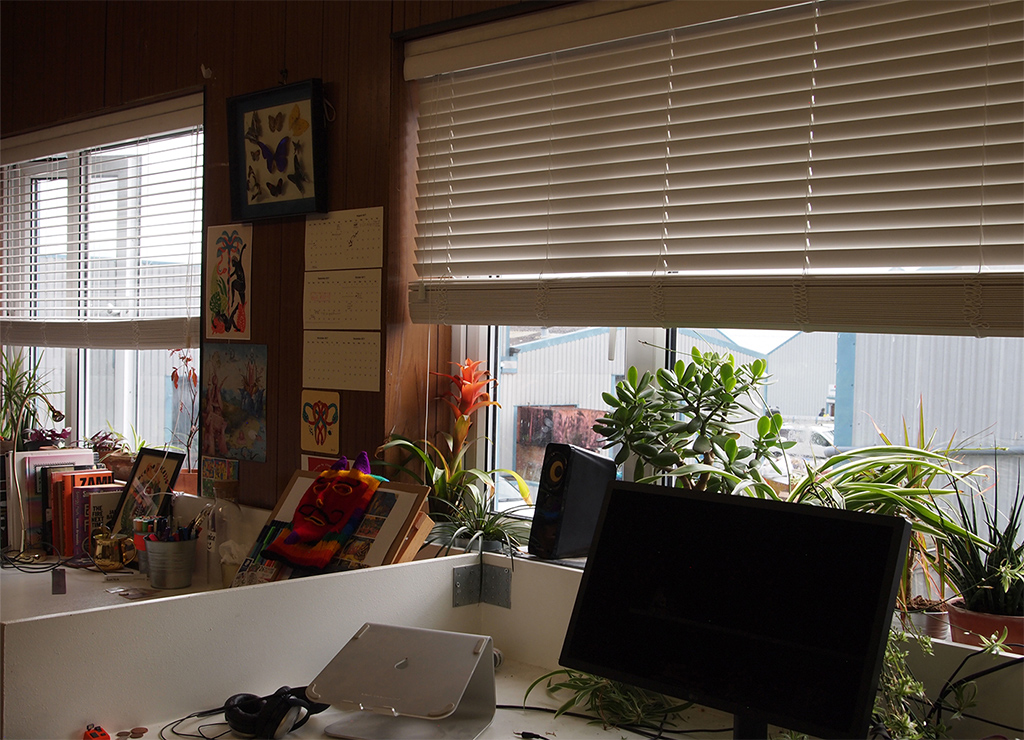 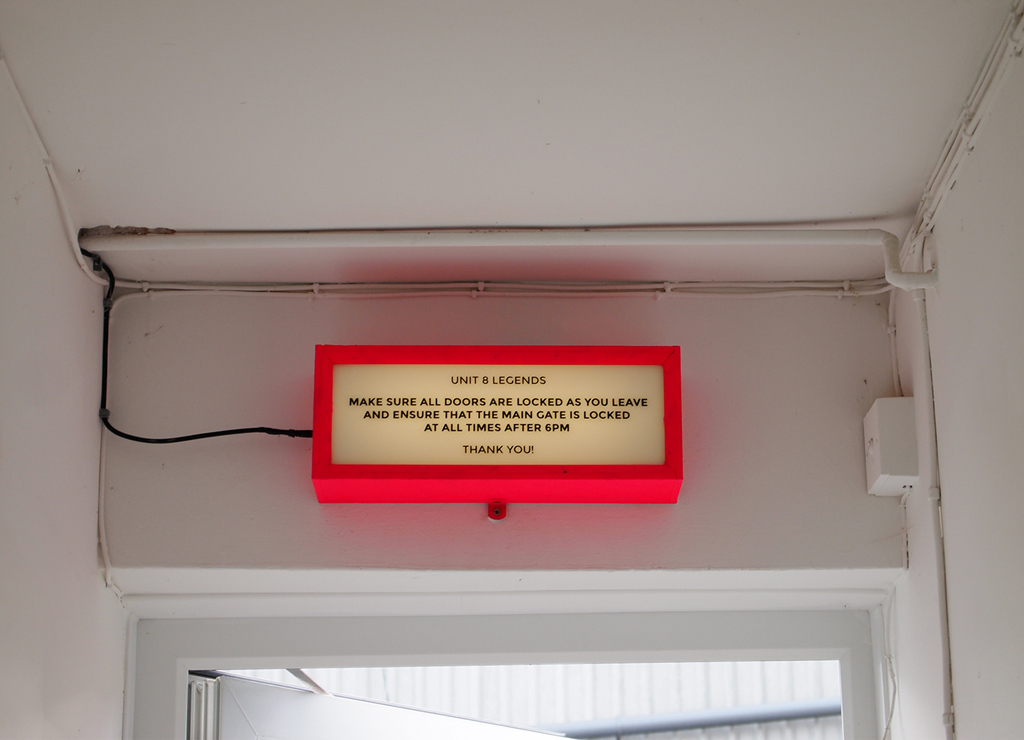 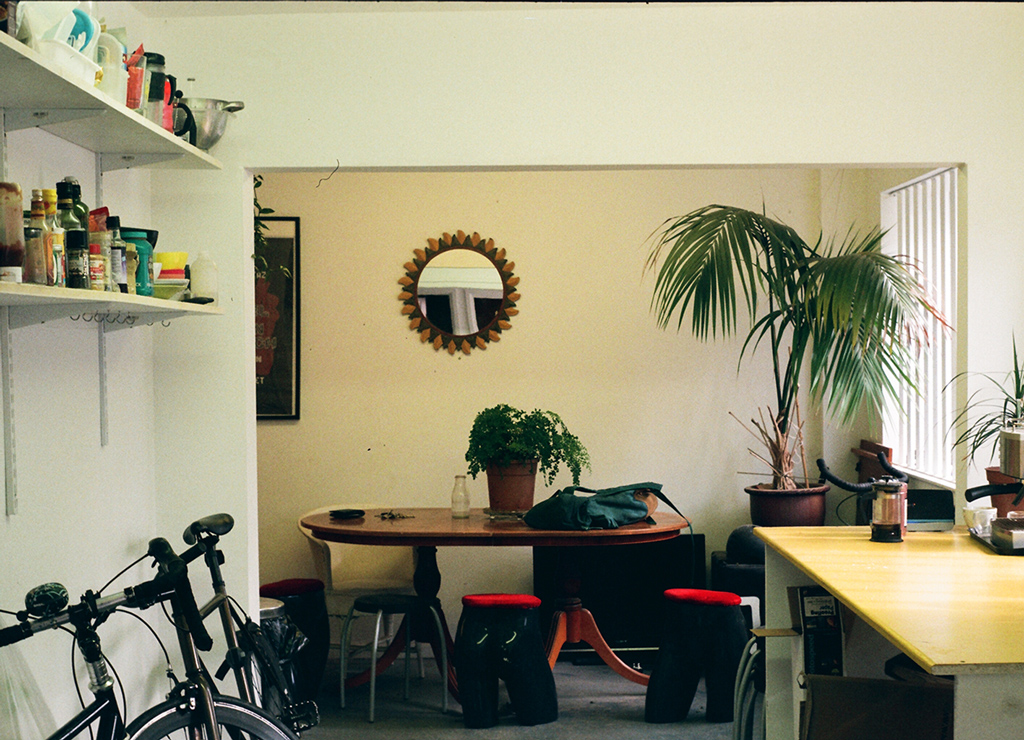 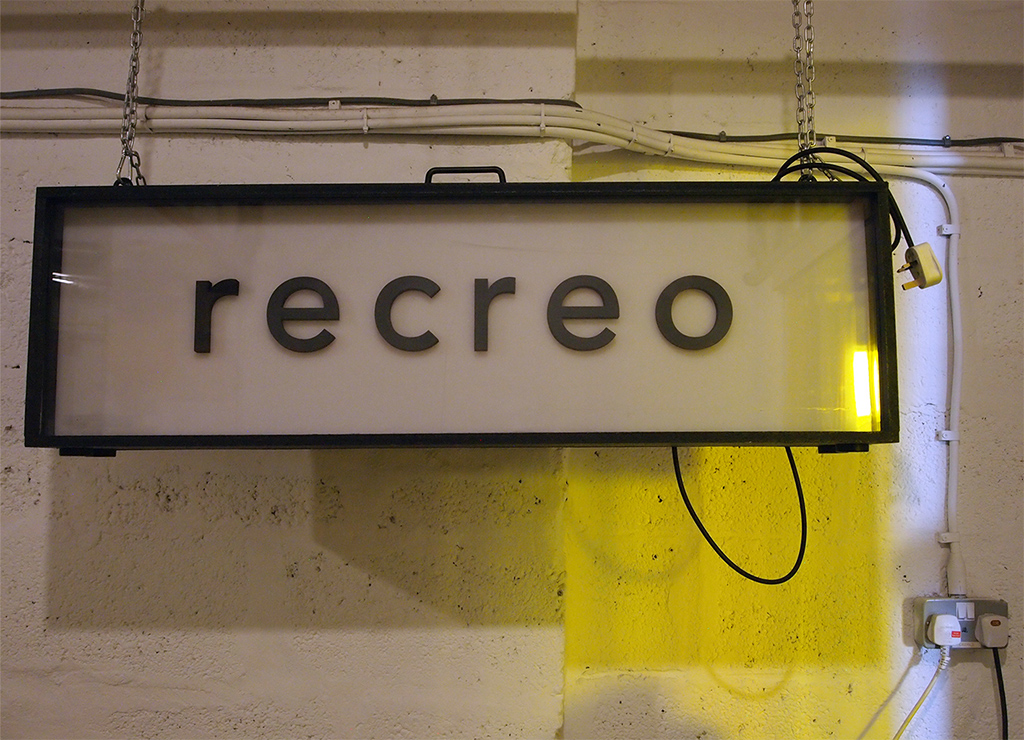 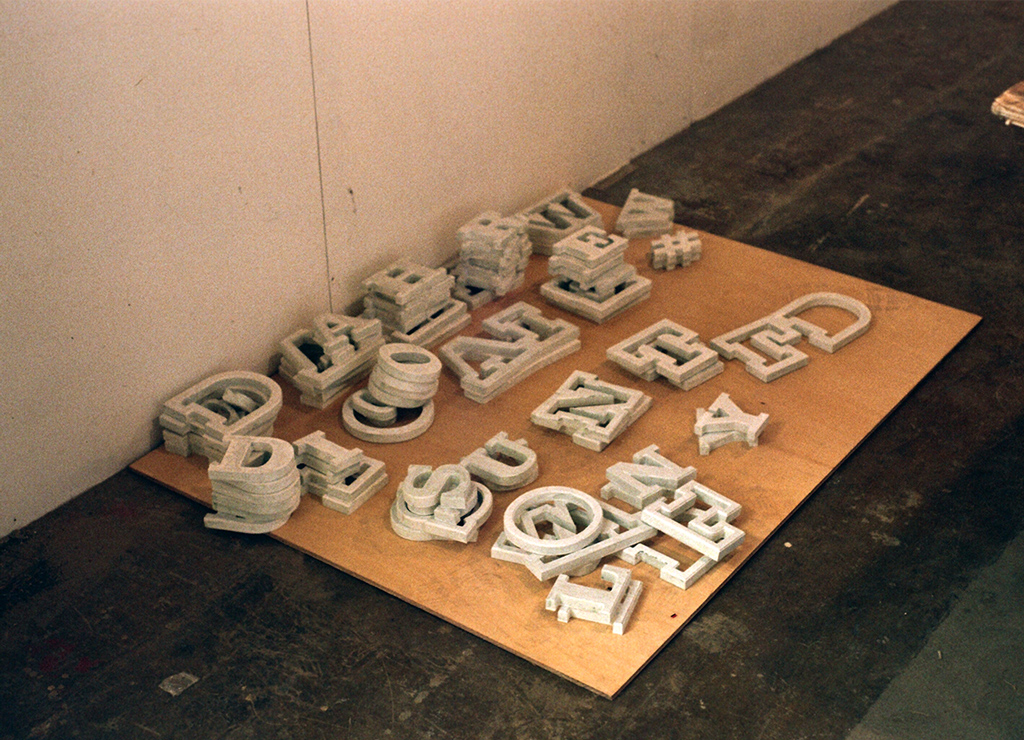 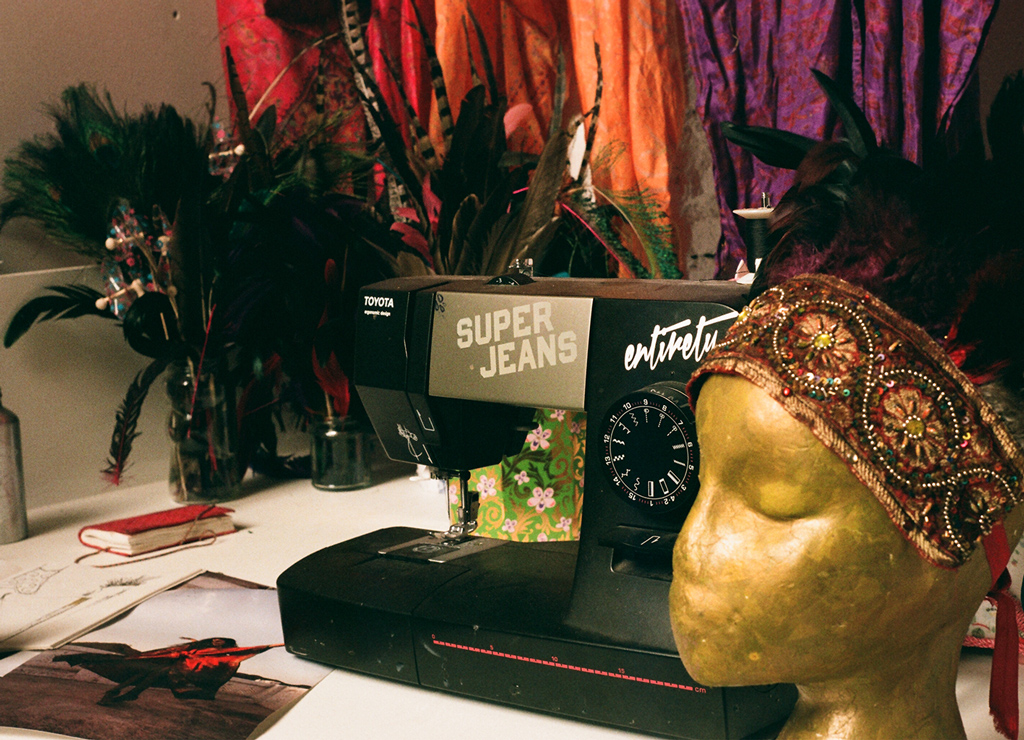 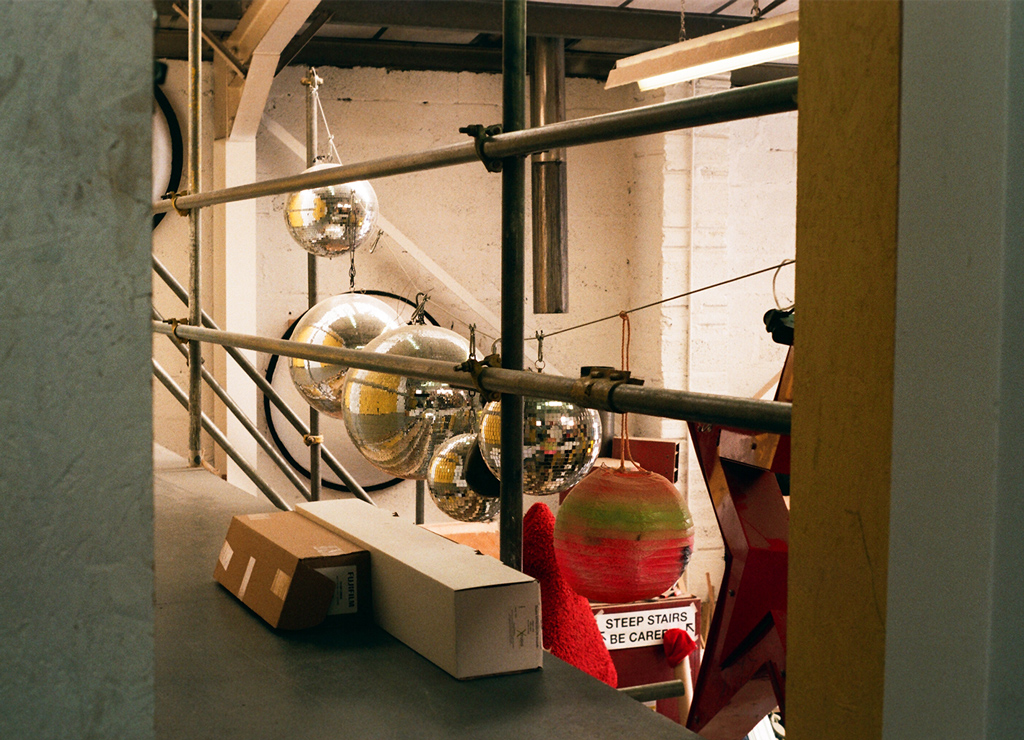 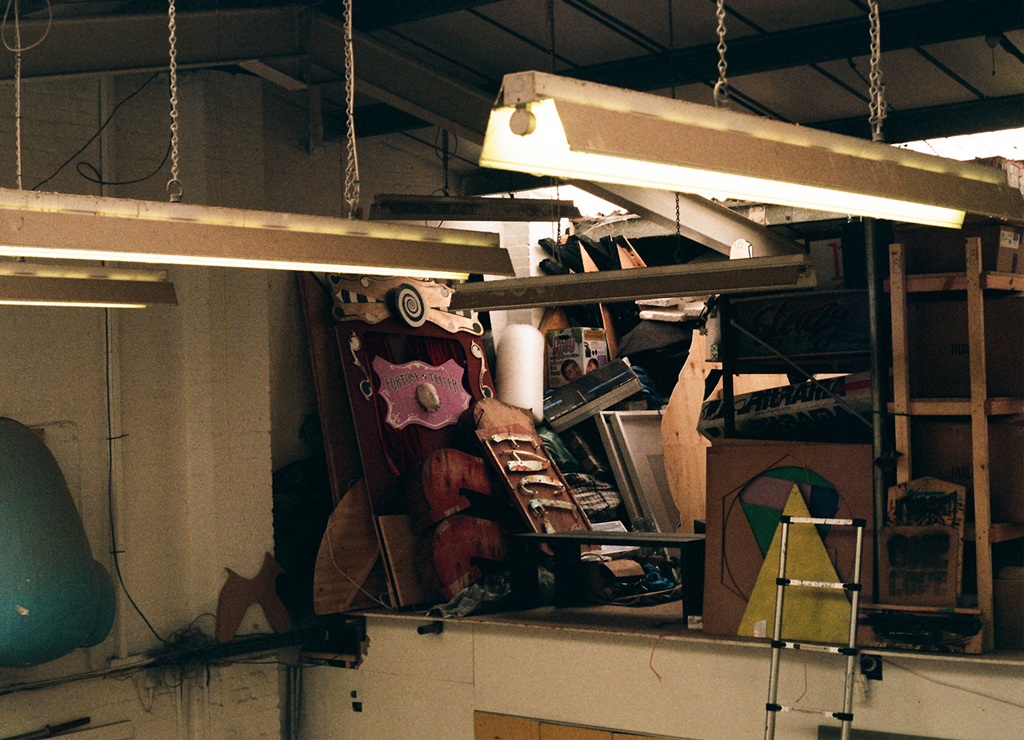 Femi Idowu Read – Signs and That

Could you explain what you do?

Um so this is actually that I’ve, we’ve struggled to do. We came up with the tagline ‘bespoke signage and event production’ which I think kind of sums up what we do because obviously, we make signs and we do event production which is quite a broad word but we basically do all of the visual décor kind of set side of events so that can range from doing music events so we would get asked to dress a stage basically or design a set and build it and install it or that can be an event.

Generally everything we do is temporary so I guess that’s kind of where the word ‘event’ almost comes in because I guess an event is a temporary thing so we build so sometimes we get asked to make things so were doing a job at the moment where were making some arch ways that will be installed for so I guess we just make things that people want us to make.

How do you go about getting these jobs?

Word of mouth is the biggest thing that’s ever that’s got us work. It kind of started off with me I started doing work then off the back of that I was getting more work it slowly built up to the point where I needed an extra person to work with me then that built up to where I needed another person now we have got to this point where I can keep three people on staff/ rota full time then we kind of bring in extra people for work.

The best way of getting work is word of mouth because even though it’s the hardest because you can’t drive it actively but when someone recommends someone it takes all the risk out of it so something like set design you could do the best drawing in the world because loads of people can draw but the actual installation, di-rig and quality of the work you do is really hard to judge based on a photo. You stand far enough back things look good so you just got to be good as well and it works in that sense.

How did you go from signs into décor?

Yeah well it was I was basically doing both of them at the same time but I was able to do the signs at a more professional level to begin with so that’s what I became known for to a certain degree uh so it was essentially we just kind of nailed it with them. Nobody was really making them as a business. Alongside that I was doing more décor stuff and making the signage was like an in to a lot of creatives just to be able to say yeah we can also do set building we can also do this and then once that ball started rolling then it all just became like synonymous so if something is synonymous its associated with it so were synonymous with signs.. god there’s a tagline.

Where have you made signs for?

All over the place. Ye Bristol South West dominant 100% most of the things we have made have been in Bristol but with music nights we’ve done them like all over the UK. It’s a bit like we get jobs like in Birmingham and were just like surely there’s someone in Birmingham who can make a lightbox like why are you paying us to do this then send it and blah blah blah it seems mad but apparently, there’s not and that’s the thing as well with having the right links is that they know that we can do it so they just get us to do it. The coolest is when you get a DJ who orders one and then they go on tour with it and then that goes all over Europe. We did one for WE ARE FSTVL which is in Ibiza right now, we had one at love international which was in Croatia. I don’t think we’ve quite reached the Europe barrier but hopefully at some point we will be able to go transatlantic.

What are you most proud of?

I have come to realise that the studio is the best thing that I’ve done and I think that taking on this warehouse and turning it into studios and kind of creating an environment and there’s basically a community of people that kind of exists almost without me, which is really weird but also such a nice feeling, you know, like everyone is doing their own thing in the space and owning it like it’s there’s. Which is great and exactly what I want. So that is actually probably my greatest project to date, also the hardest. It was like one of the most stressful things I’ve ever done and is still continuing to be massively stressful, but umm yeah it was like totally worth it.

After graduating from UWE studying Graphic Design he began his own company ‘Signs &That’ where he works alongside George Powell and Bradley Bunce. They specialise in bespoke signage and event production. They have created work in and around Bristol for various venues, small businesses, events and festivals including Shambarber’s Temple of Lust stage at Love Saves the day Festival, signage for the Christmas steps and The Love inn.

Alongside this he has opened up his own studio; Unit 8 Studios where he rents out spaces to other creatives from Bristol.