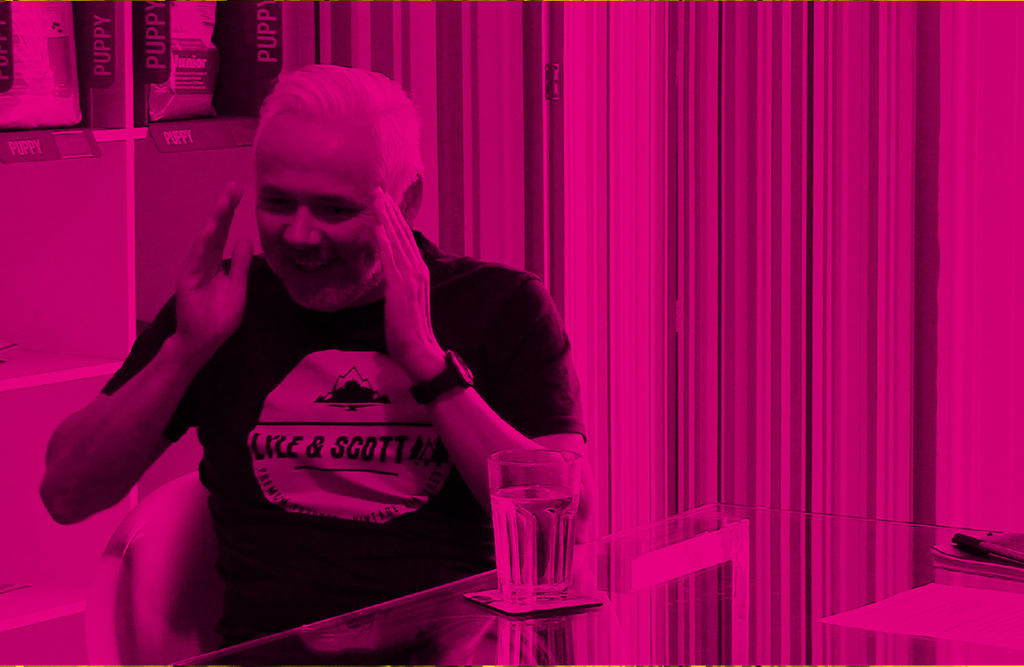 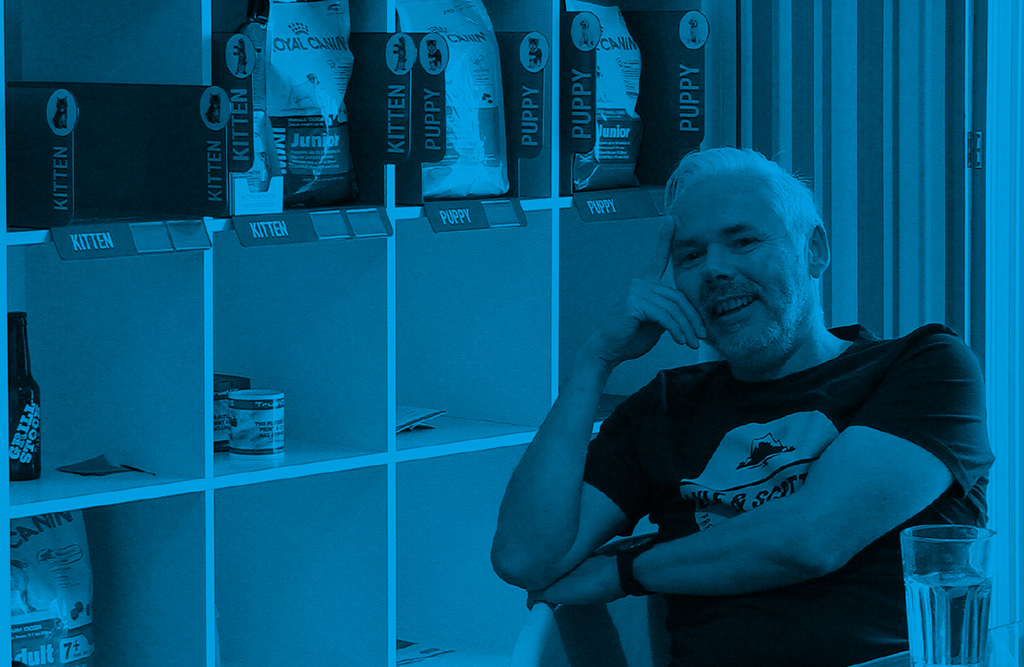 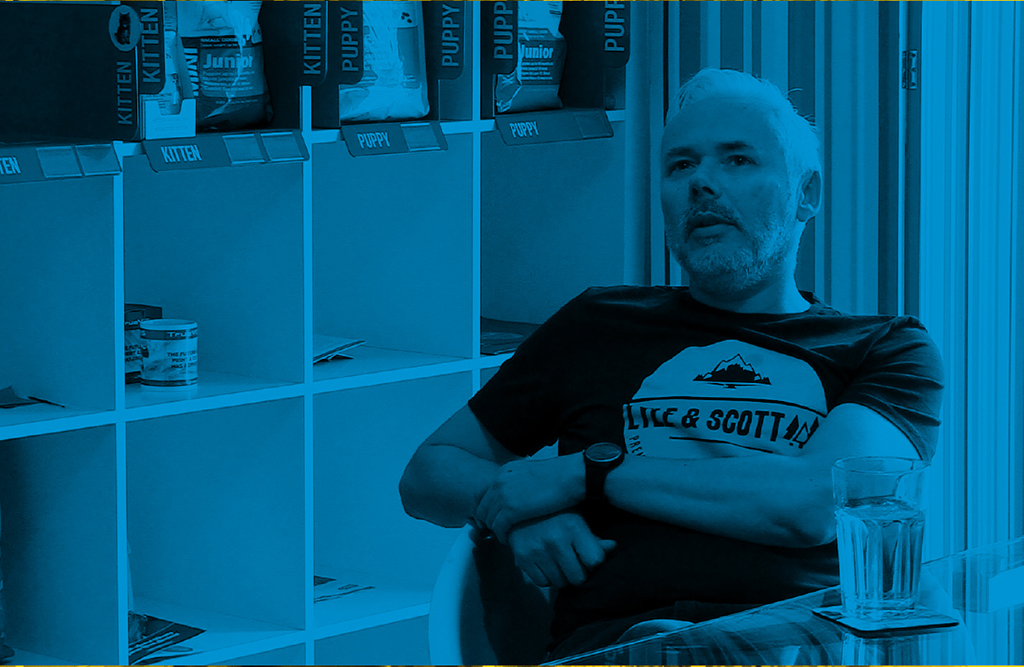 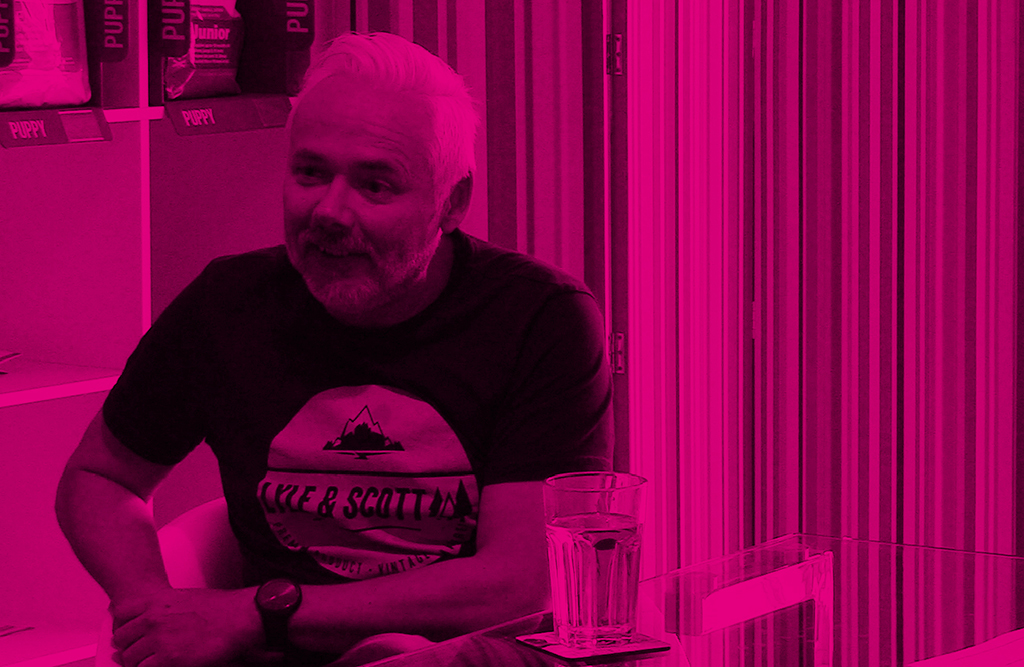 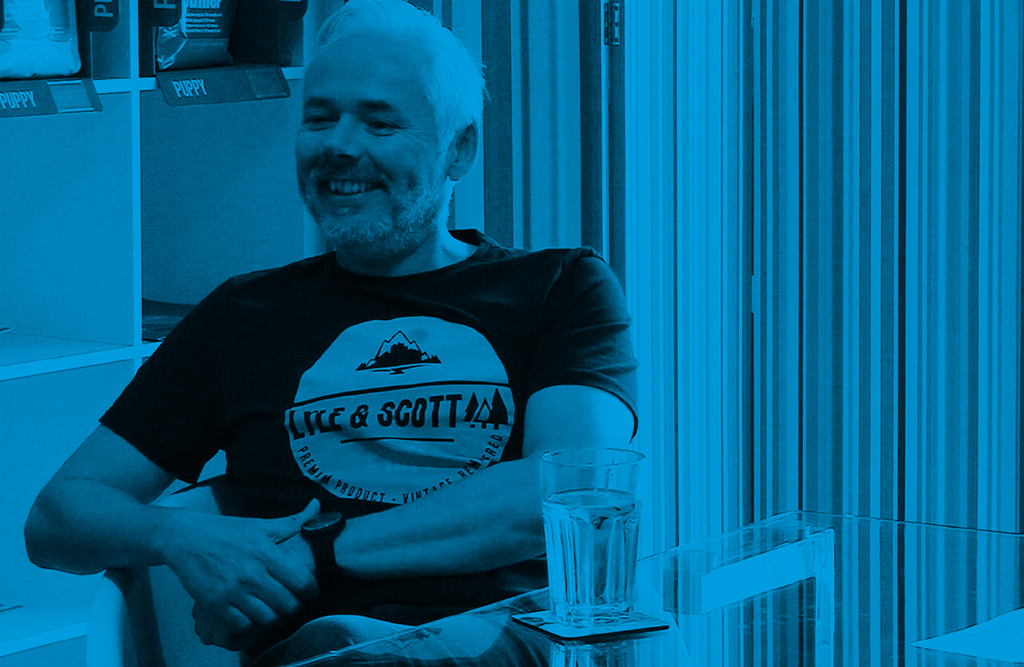 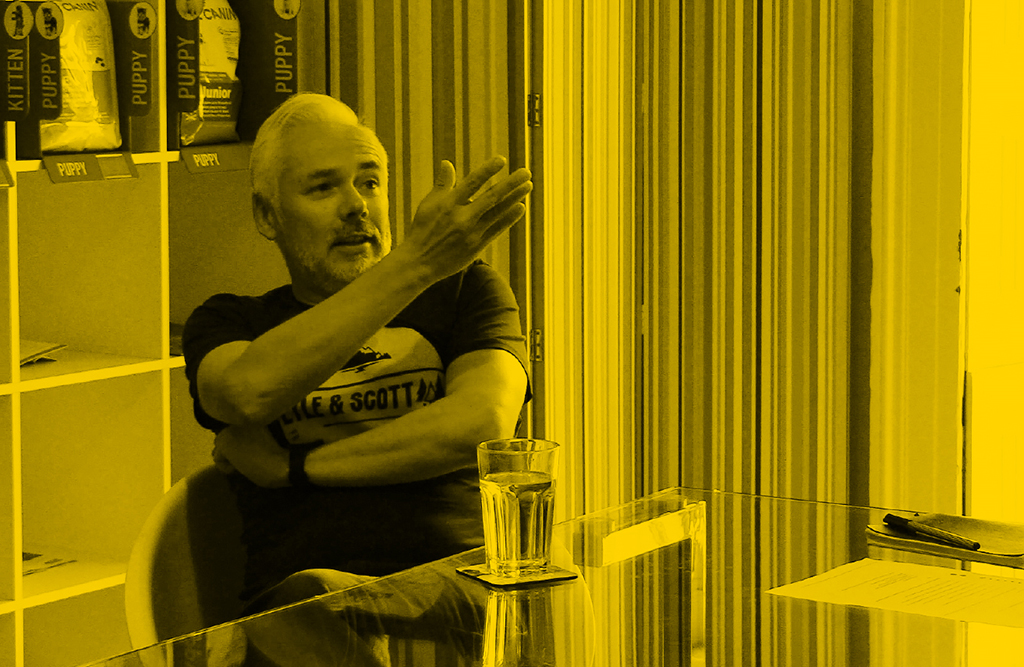 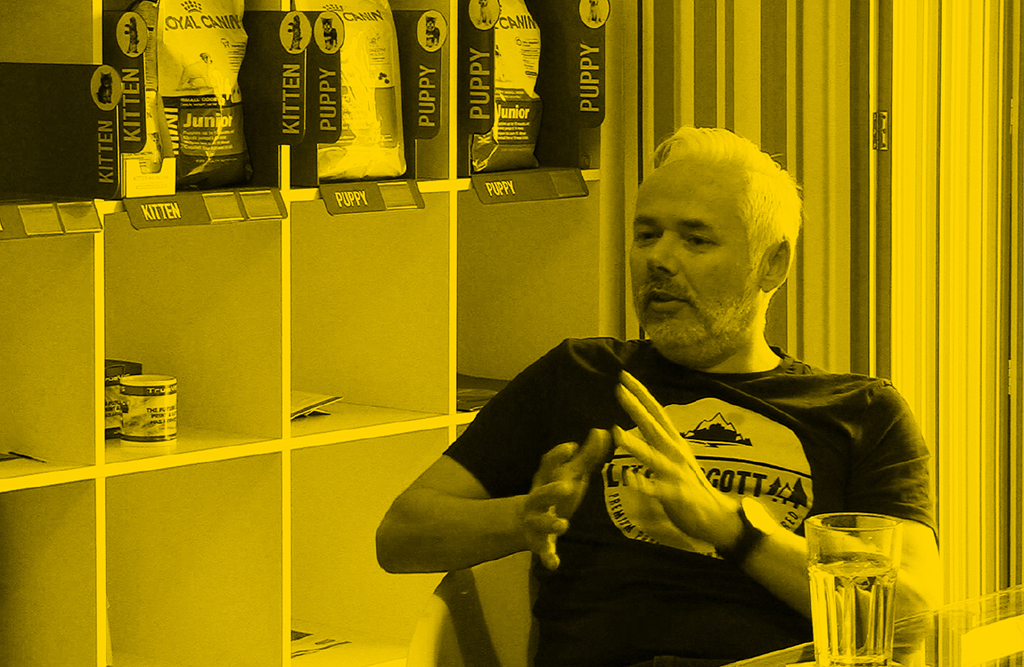 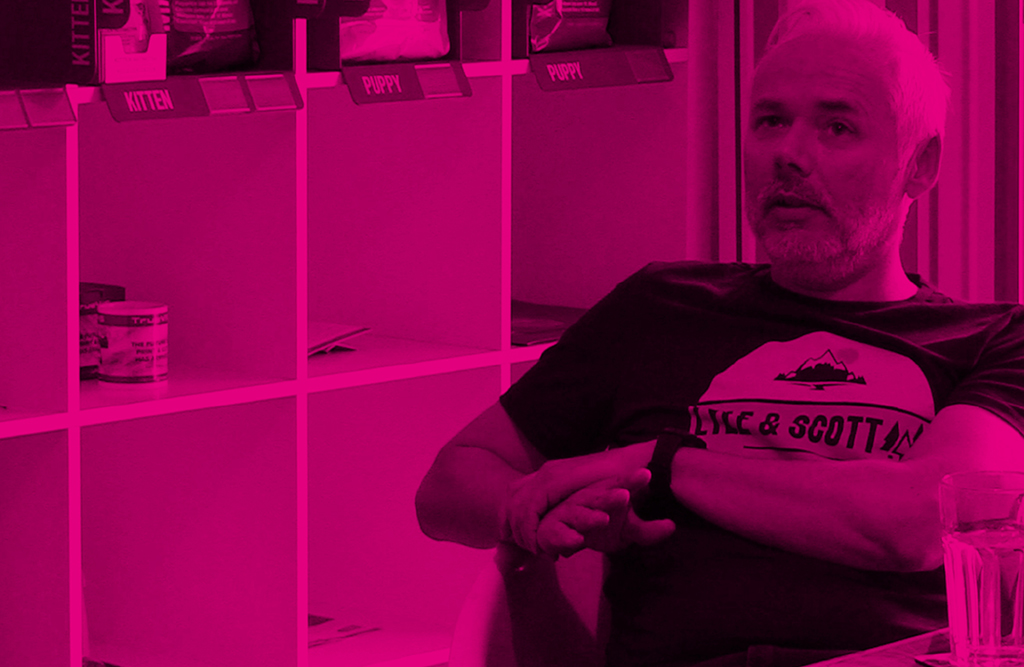 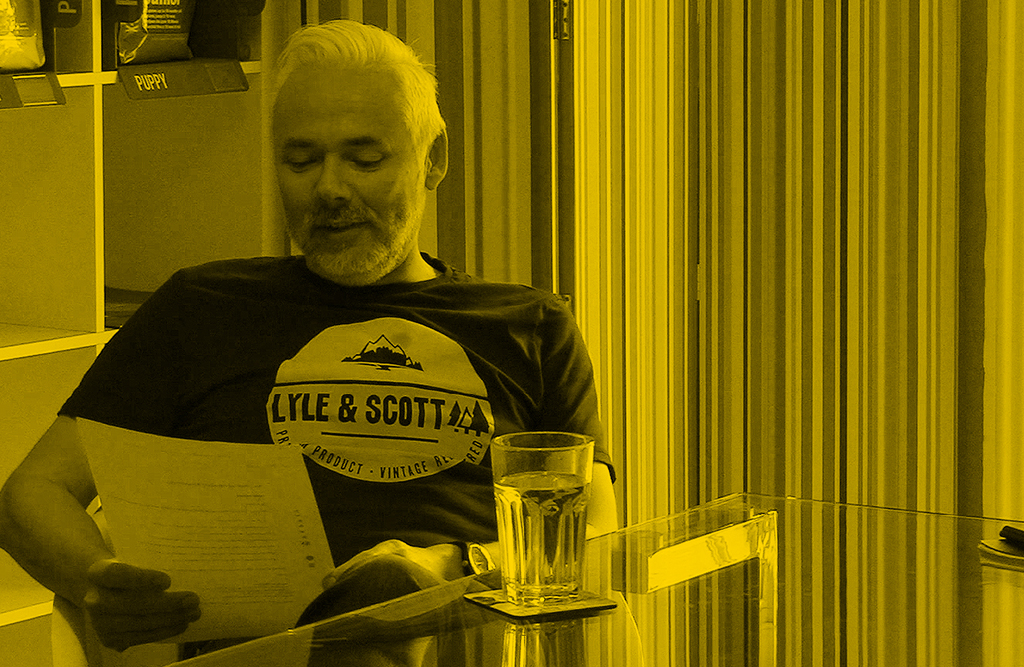 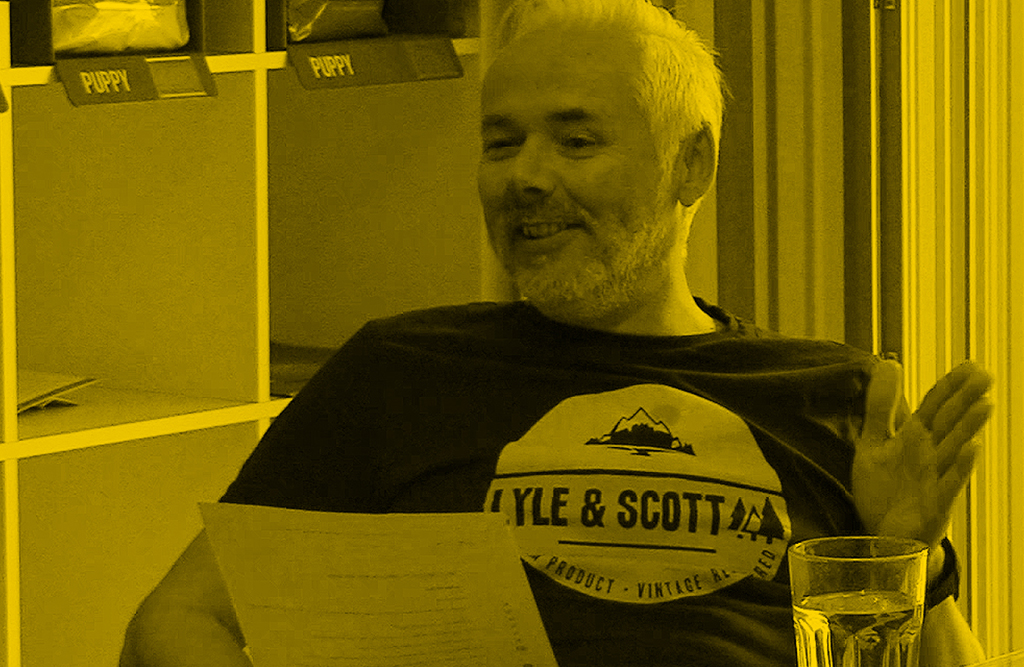 Tell us a bit about yourself.

I’m Richard, I’m a creative director – I started out my career by going to art college, I didn’t really know what I wanted to do… probably wanted to illustrate album covers or something at that time… and then I did a general art and design course which then lead to a higher degree in advertising. I then went and tried to find the fortune in London – I worked in London for a couple of years – went up to the midlands, and then ended up in Bristol where I sort of felt at home. I worked for Hall Harrison Cowley, which was owned by Saatchi & Saatchi, then I moved to McCann Erickson where I spent about 8 years there – moved to another small agency after that, and then went freelance for a few years before setting Stuff up about 12/13 years ago.

Introduce us to the world of Stuff Advertising – what do you do?

Stuff is what used to be called a full-service agency, which means we do pretty much most things – or if we don’t do it in-house we certainly have people that do. So predominantly advertising and design, branding, digital marketing, PR now as well – we’ve recently opened up office in Cornwall so we’re looking to sort of take over the whole of the south west, that’s the plan. But anything that the company or product needs to do to promote or market themselves – that’s what we do really. Try and make brands big, and try to get people to buy products and services.

What does your role as creative director here entail?

As creative director I am responsible for the creative output – so as well as the hands on role as day-to-day creating adverts, I oversee the creative department and ensure that everything we put out as an agency is as good as it can be, that it fits the brief… so my role is pretty widespread. I am part of the client contact, present work to the clients, liaise with our studio, make sure that everyones on board with what we are doing, liaise with the account handling department – just sort of multi-fasted really, but the heart of it is making sure that we do good creative stuff.

Is there a project that Stuff have worked on as a team that you’re most proud of?

We’ve worked in many different sectors, and many different brands and services… we’ve done some good stuff for charity, where we’ve helped them raise a lot of money, so proud of that from that in that sort of aspect. We’ve done some quite high visibility sort of stuff – we’re working on a project at the moment for Visit Bristol, which will be going live just before Christmas, so that’s really exciting, we’re working with some local graffiti artists on that. So, yeah I’m really just proud of what we do as an agency, I can’t think of one particular thing.

How does working in a design team/agency compare to working on your own/freelance?

When you’re a freelancer, you’ve obviously got a lot more freedom, but the drawbacks from that are that you tend to get involved with a project but might not see the whole thing through – so you don’t get to care for it throughout the process – what ends up going out might not be what envisioned at the beginning. Working as part of a team in an agency gives you that control and the big thing about creativity in advertising is bouncing ideas off of people – that’s quite difficult to talk to yourself in freelance about whats a good idea, so that teamwork is the best thing about working in an agency.

Is there anyone who inspired you creatively to go down the graphic design / creative path?

My grandad was an artist, so I guess that’s where it runs in the family. The art college I went to had a really strong advertising course, and had really good tutors there – I was just really in the right place for that. Lots of different people along the way, and of course lots of creatives in London who I met and did really great work. That sort of industry experience and getting to know people in the industry is really important. From what I see a lot of when students come in, they’ve got some really nice work – but they’ve spent about 6 months on a certain project. Its just that hands-on, real-life experience which is invaluable really. Make the most of your contacts and try and find as many as you can.

Have you ever considered a career outside of design, and if so, what would you want to be?

I’m a bit old to be a professional footballer, and I’m not good enough at football… maybe an illustrator or something like that, I don’t really know… I haven’t thought about it for a long time. It would definitely end up being something creative.

What’s the best piece of advice that you’ve heard and repeat to others?

This is a difficult one this one. Theres that poster on the wall *points*, that says ‘work hard and be nice to people’, which is something we try adhere to as an agency. Whenever you produce any work, that’s important. Keeping things simple is also something I try and adhere to when I talk to others, especially students – keep the message simple, if someone’s gonna buy your product or take up your service, you need them to understand what you’re trying to tell them. Richard is an award-winning creative with over 25 years experience in advertising and design. Passionate about creativity, he is always excited when a new brief lands on his desk and loves beautifully simple ideas.