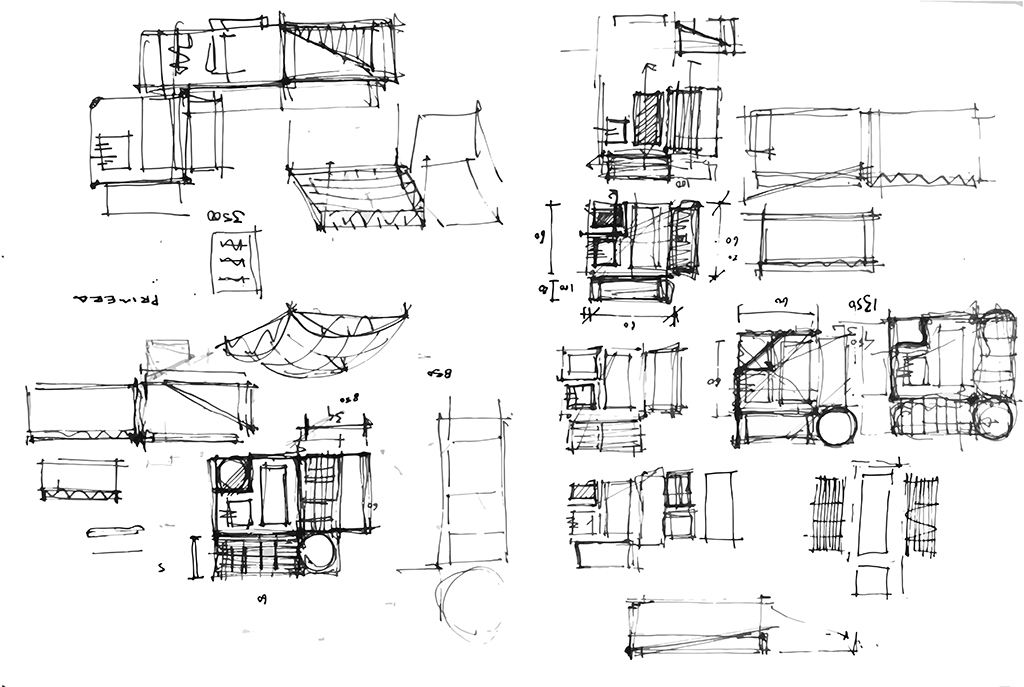 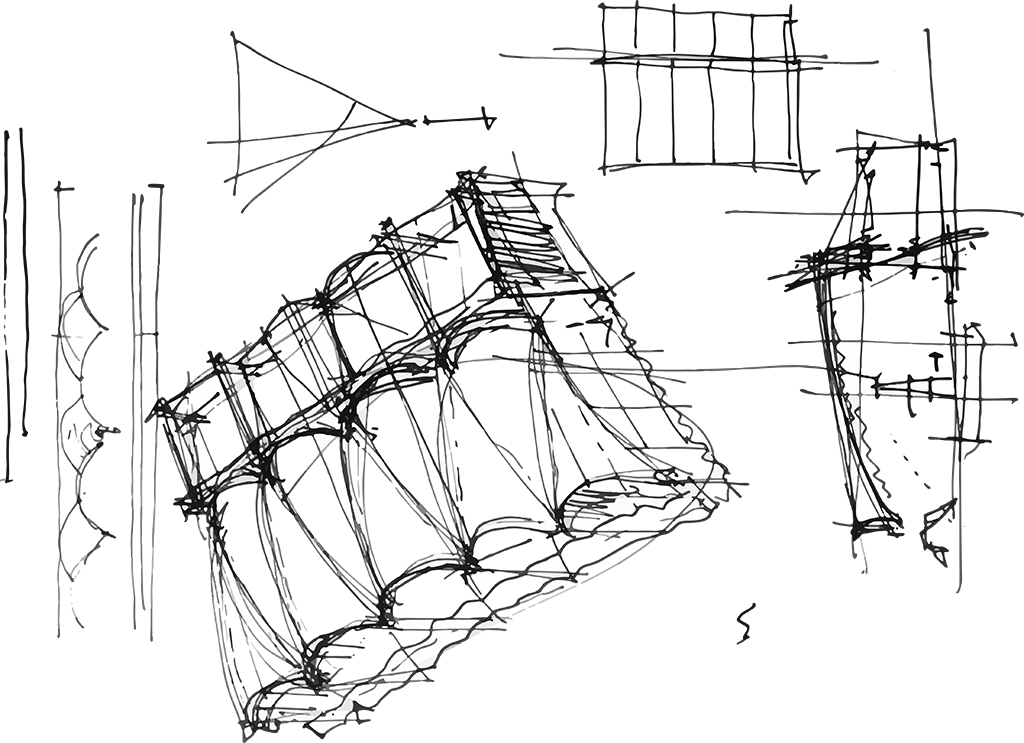 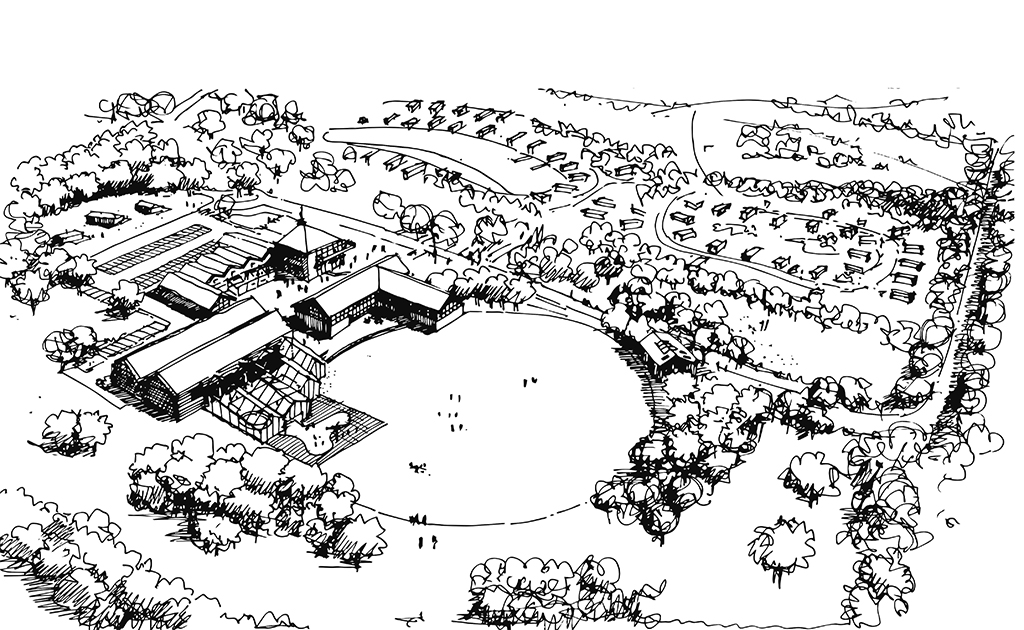 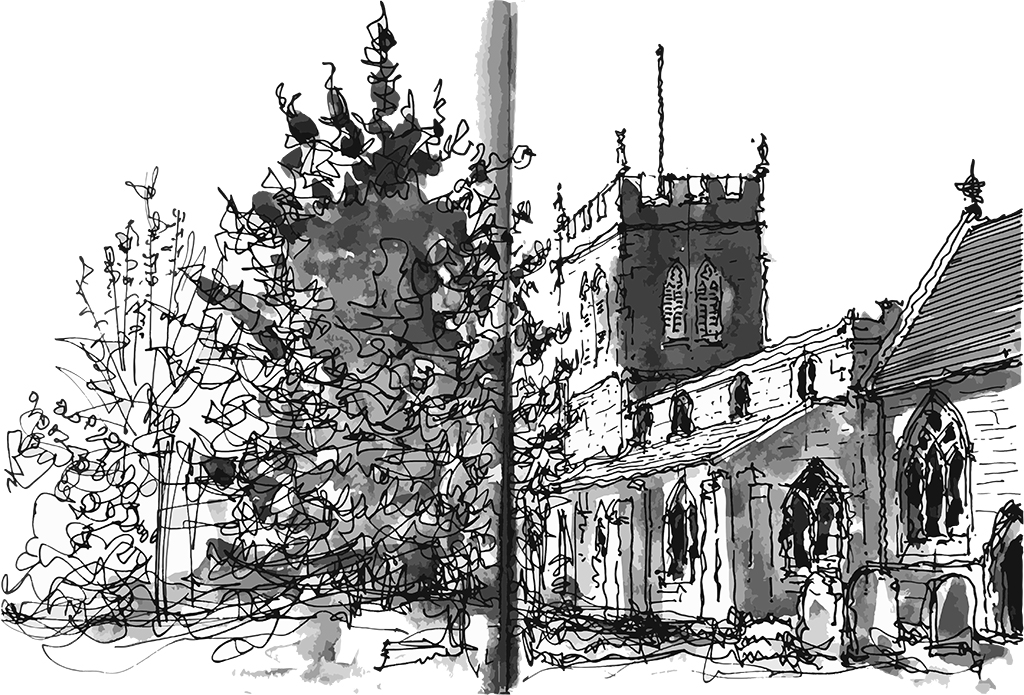 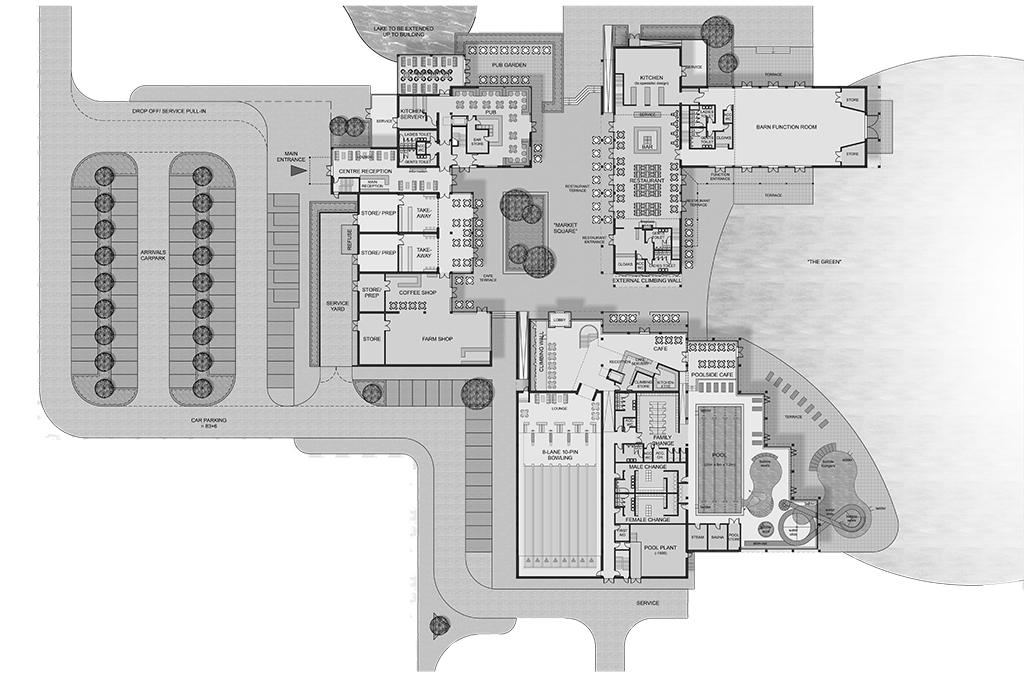 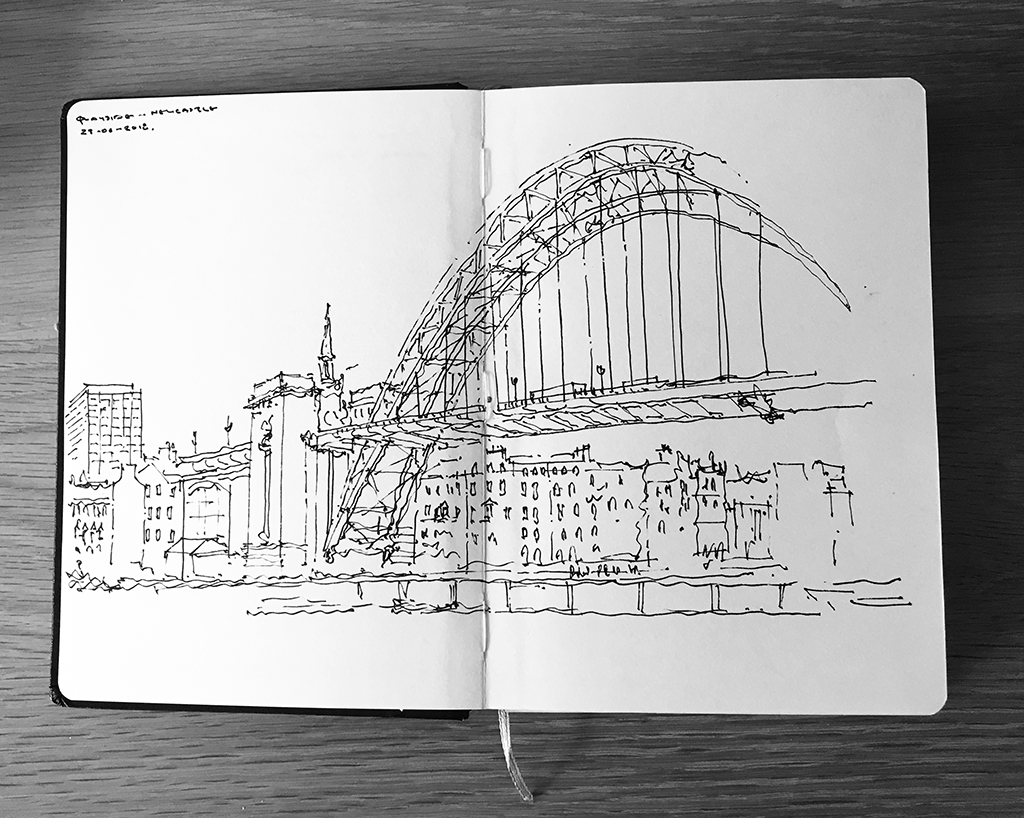 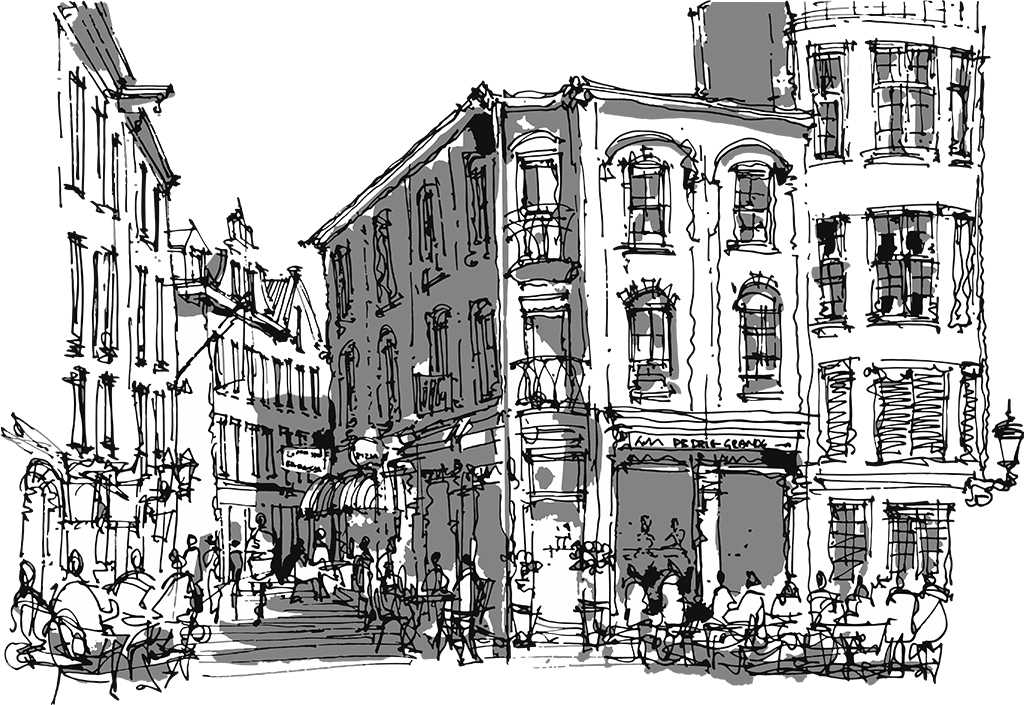 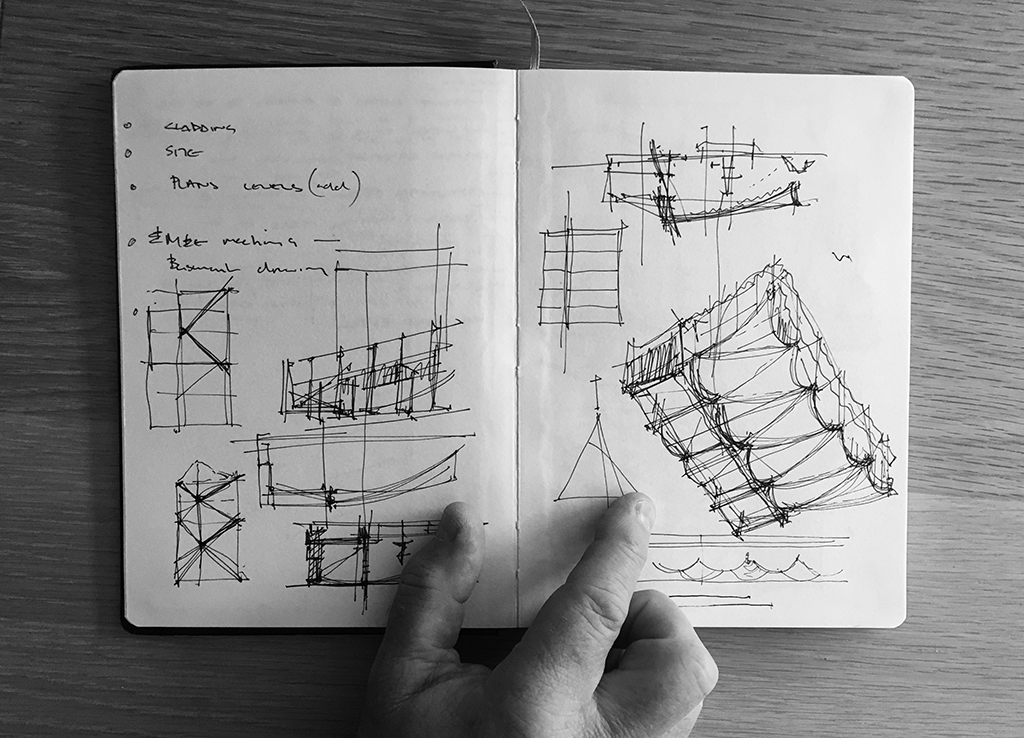 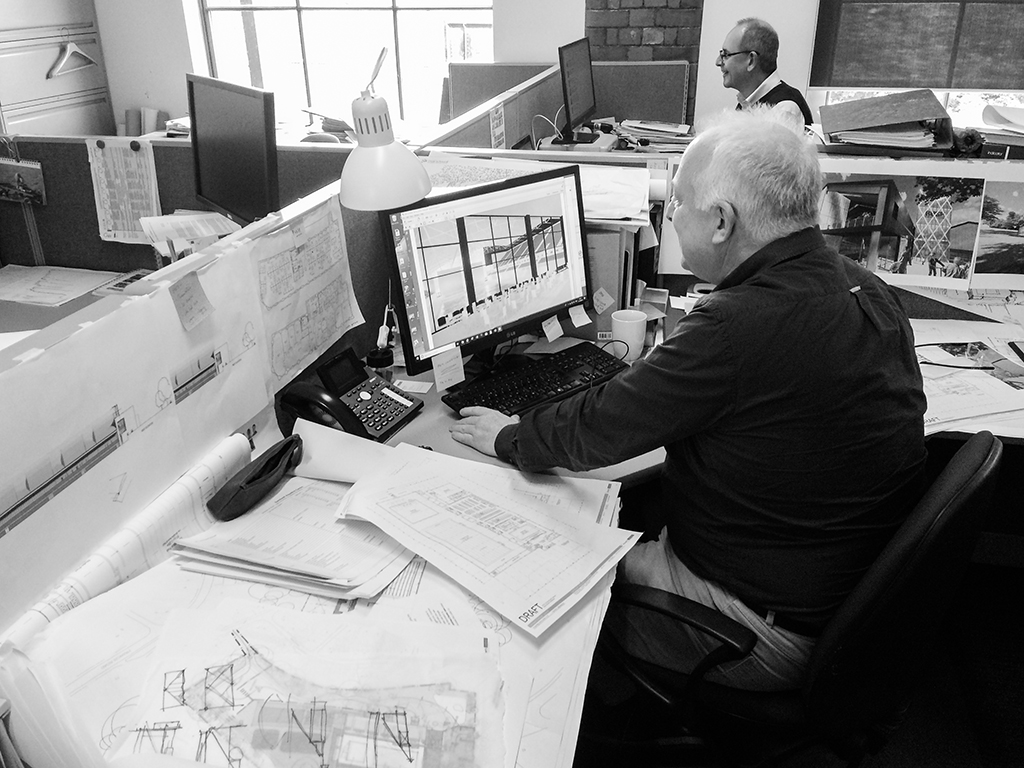 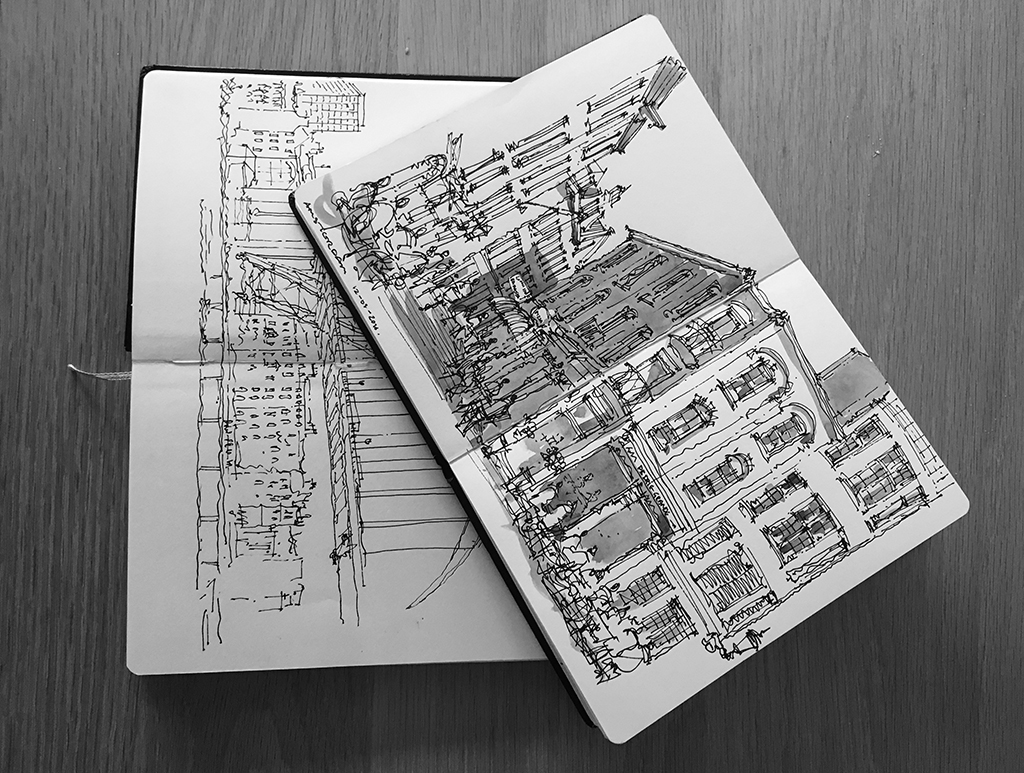 Tell us about this piece we are looking at.

I do a lot of work for club promoters and gig promoters, I have to come up with an idea quickly because they are never organised, they always need it for around three days’ time. So I just have to think of something straight of the bat. They wanted their night to represent something fun, a bit tropical, so I kept putting plants in all the posters and then for this particular guy, the guy that he’s promoting is a producer called Joe, his style of production is very much like weird kind of organic samples but also it has a very obvious computer edge to it, he will put in a lot of feedback noises and noises of cables being plugged in and things like that so I saw it as the interplay between the two things, the nature and technology.

On twitter you wrote about how people don’t expect to pay you. Why do you think this is?

Yeah, you get a lot of people that will ask you about doing work. Everything apart from the money is brought up and as soon as you say that’s going to be x amount then you just don’t hear back from them. I think there is a big misconception, people don’t see me as someone with a mortgage and stuff like that. When I was younger it was easier because I was living in a shared house and all that and I could just go find whatever. But now I have to put my foot down more because I realised that I was basically fucking myself over taking on too much work for no money and then a good job would come in and I wouldn’t have time to do that.

What music are you into? Has music has influenced your work?

Punk thing is something I’ve sort of held on to. Growing up punk was my thing, I was in bands and stuff and then, like a lot of people do when they get older, they start branching out into electronic music. I still listen to all the old stuff, I hate it when people say this, but I am into everything within reason. If I like a pop song I will listen to it, but regarding the music that has actually influenced my work it’s just punk. When you are young and really into it, it means something different than when you get a bit older and you are like oh I’ve got a mortgage it’s not exactly a punkish thing but yeah, I think aesthetically and I still believe a lot of that kind of stuff, I feel like it’s good to hold on to a bit of that.

What got you into art and making things?

Did your experience at university effect your work?

Oh yeah loads. I know a lot of people that went, and they were so good when they first got there that maybe they didn’t take as much away from it, but I did because I had all those influences and I didn’t really have any direction. And also, I’d never used a Mac, I’d never used photoshop. At my college we had to cut out letters with a scalpel and stuff because we didn’t have computers. So, I didn’t know anything about that for a start. Although I kind of prefer it now. I think university just helped because the tutors did a good job of gently steering you towards things. It makes more sense after you finish uni. I could have just gone off and done anything, I think I could have done with an extra year at uni because I felt like I was just getting into the swing of it at the end.

What was your first job?

I got a job at the uni after I had finished as a print technician so that helped as I still had a bit of contact with the university, I could still go to the library, I sometimes bumped into tutors and have a coffee with them. So that was like an extra bonus. I could get some advice post uni. When I left there, I got a job as a t-shirt printer, there used to be a warehouse called chemical records which started as a little record shop and they started their own in-house t-shirt printing, I saw the advert and was like, ah I like records and printing. I think that no one else had even seen the ad as I just went in and they were like yep, even though I didn’t have the actual experience needed. I ended up meeting loads of people there that ran labels, so I started to mention that I really like illustration, I was just trying to sneak that in. I still work with a few people from there. I ended up pretty good really because I had a couple connections and I didn’t have a job, it was the perfect time to try and do illustration and design as a job.

Any other influences apart from music?

There’s a book that came out around, 2004, 2005, called Beautiful Losers. I think that’s the biggest influence… well I was in New York and I bought the book, and it joined all the dots between skateboarding, punk, music and graffiti. There was a guy called Barry McGee who’s a graffiti artist from San Francisco who was running around painting graffiti throughout his youth and now he’s doing these big exhibitions, so it put that into perspective, I realised you can actually do it in a non-cheesy way, you can put stuff into a gallery and you can make it something else and it doesn’t necessarily have to be a canvas with a tag on it. It had skateboards with his work on it and I was like wow someone paid him to do that. So, it kind of just shows you that you can dilute those things into something that isn’t shit but you can still make a bit of money off.

Tell us about your design process

First of all, I just have a think, I’m not a big sketchbook person or I like just to go in and what I start is normally the final thing. I might redraw the same thing a few times, but I normally find that the first thing you draw is normally the best anyway. I normally just think of something then I look for reference photos. I can’t think of a human in a pose and then just draw it, I have to look at references, although I am getting better. The way I work is I will collage it up, I will draw all the separate elements either straight into the computer or whatever mark making thing and then I scan it together and I just put everything together in photoshop. My work is more like a collage than it is a full piece. I like to layer everything up like it is going to be a print in the end, I’m kind of doing the same process as I would be if I was doing a screen print. I build it up so if I need an extra thing wherever I can just draw that and then add it in rather than planning it out first. At the end of a piece I will end up with 10 different PSD’s of the same elements but in different arrangements. I leave the colours until the end, when I’m working they are always in these horrendous colours because I just want them to be contrasting and then at the very end I’m like, right okay what’s going to look good colour wise.

Do you have any advice for young designers who are getting into the professional field?

Don’t undersell yourself. Do things for cheap if you have to but don’t do things for free and just standing your ground. They’re paying you to do a job, you are the expert and they have to remember that. Sometimes you will take being pushed around a bit if there is more money than usual. If you don’t like the outcome you don’t have to tell anyone or show anyone this job, it’s just a job. Patch Keyes is an illustrator, designer and animator who is living and working in Bristol. He does a lot of promotional work for club promoters and bands as well as more commercial work for bigger clients. Some existing clients are Red Bull, Mixmag and Pitchfork.