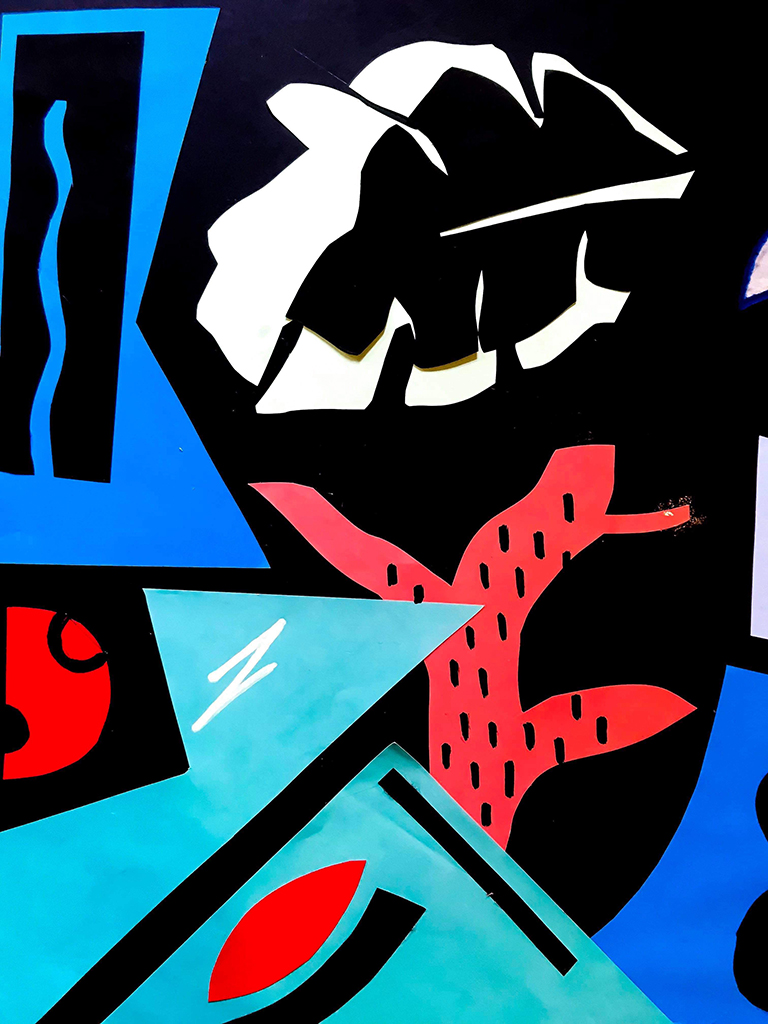 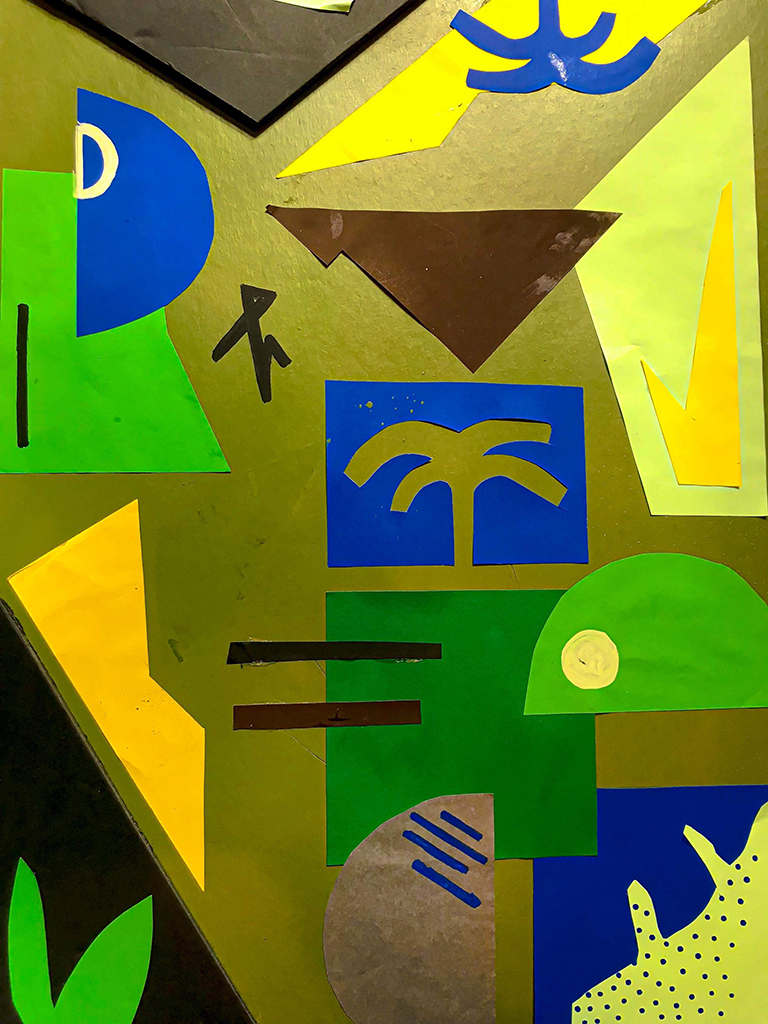 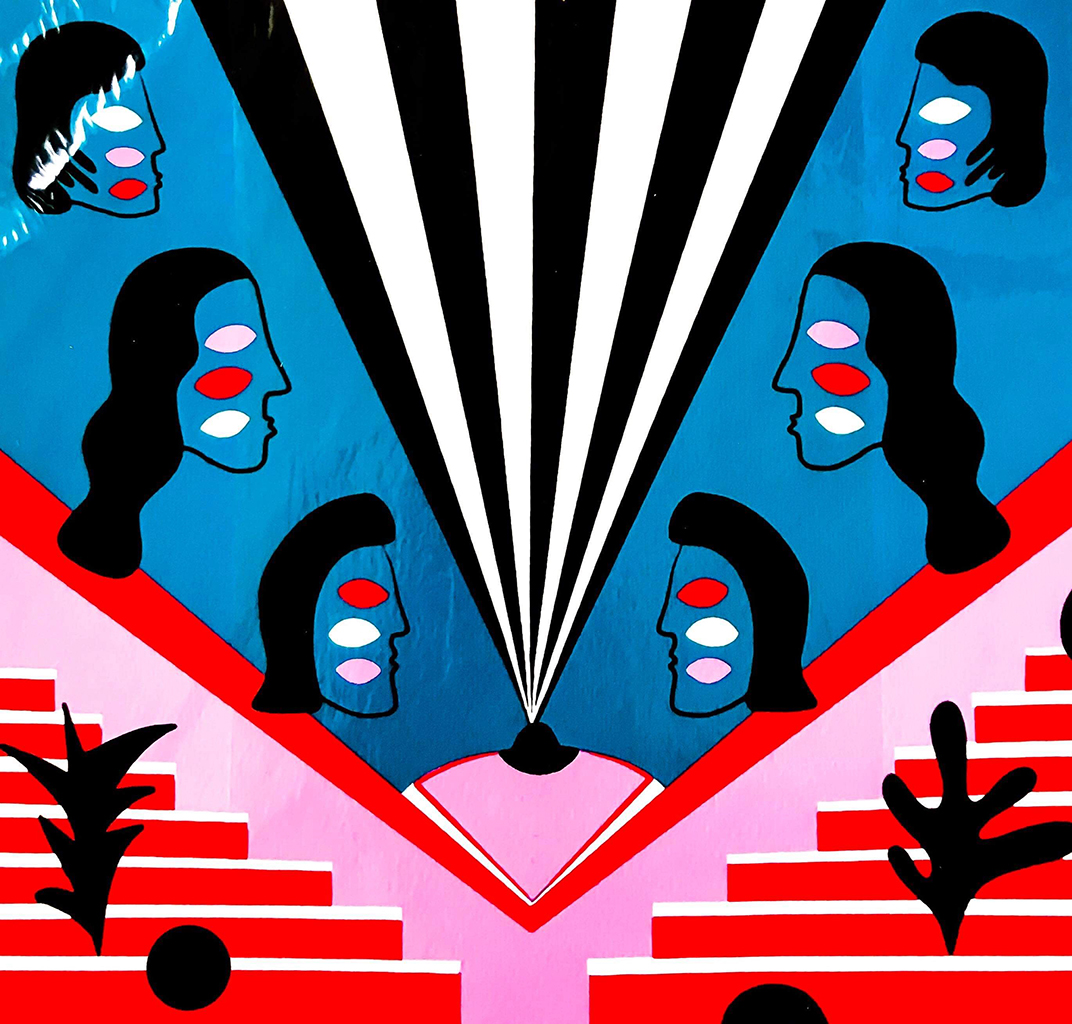 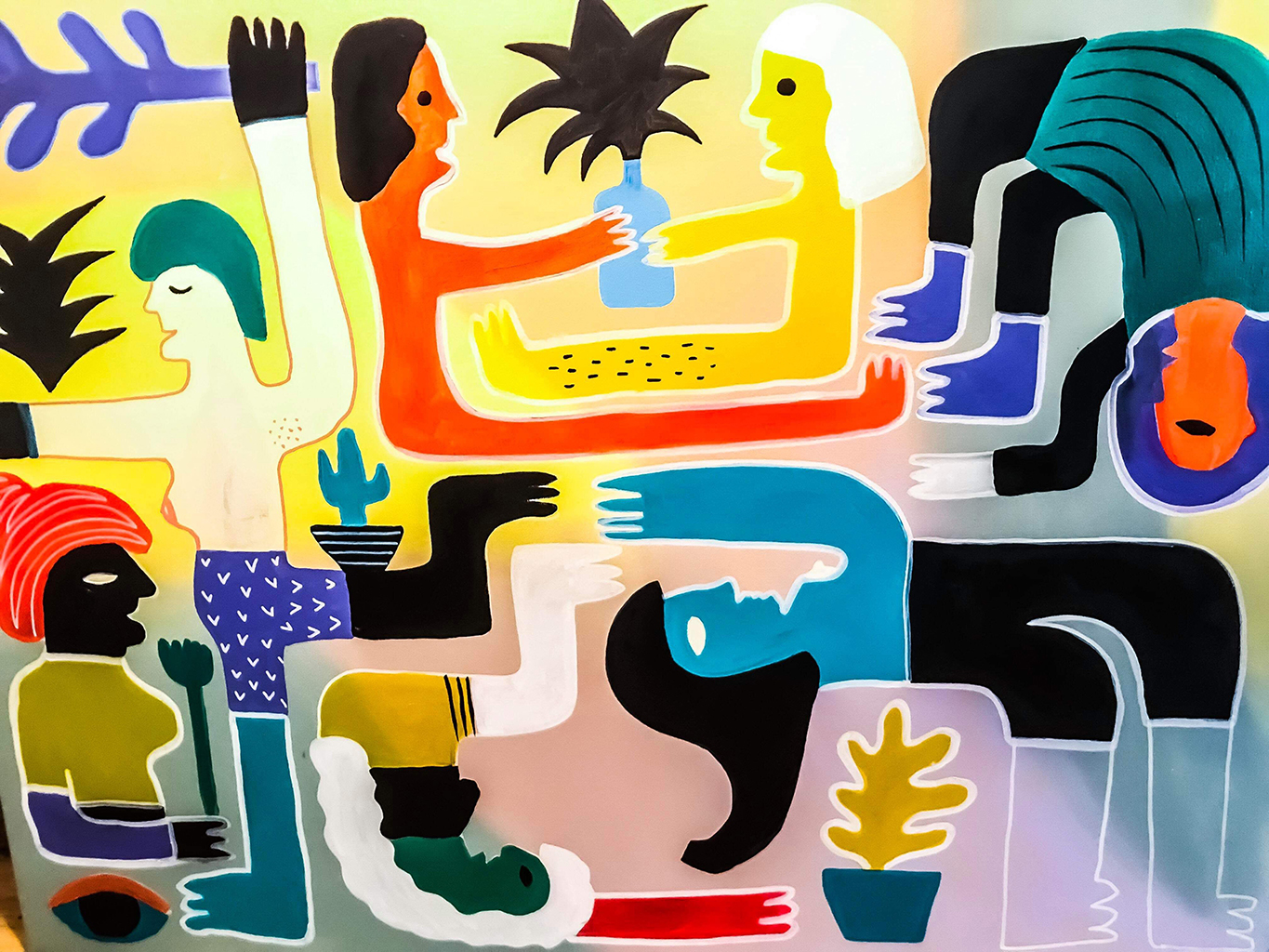 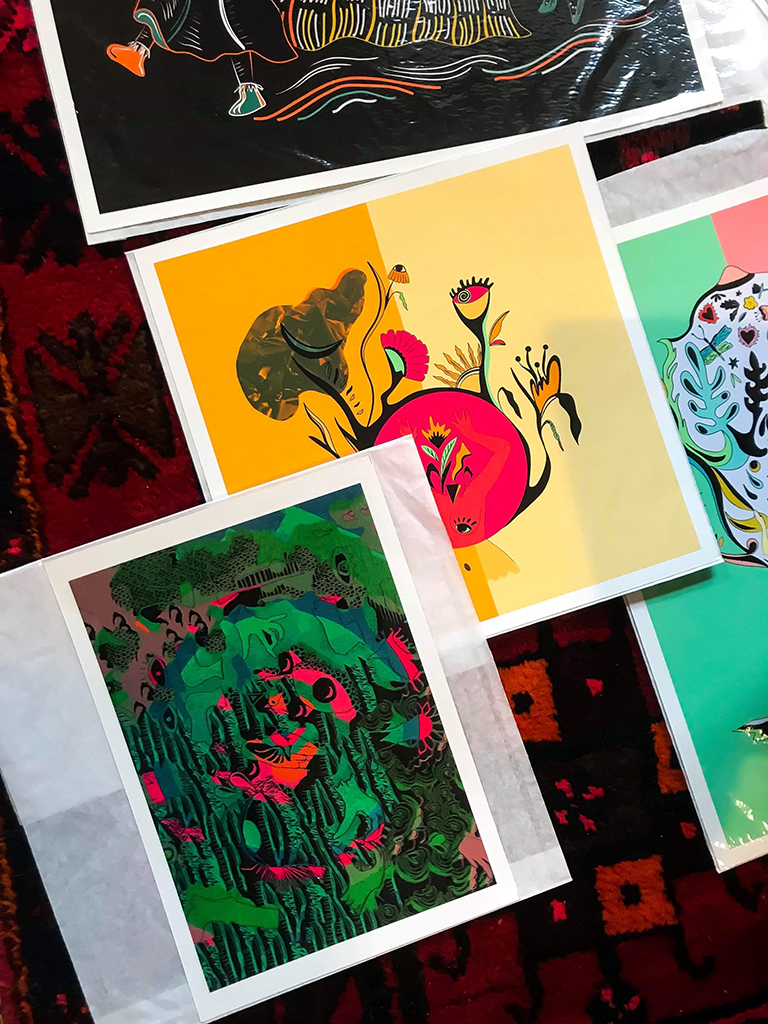 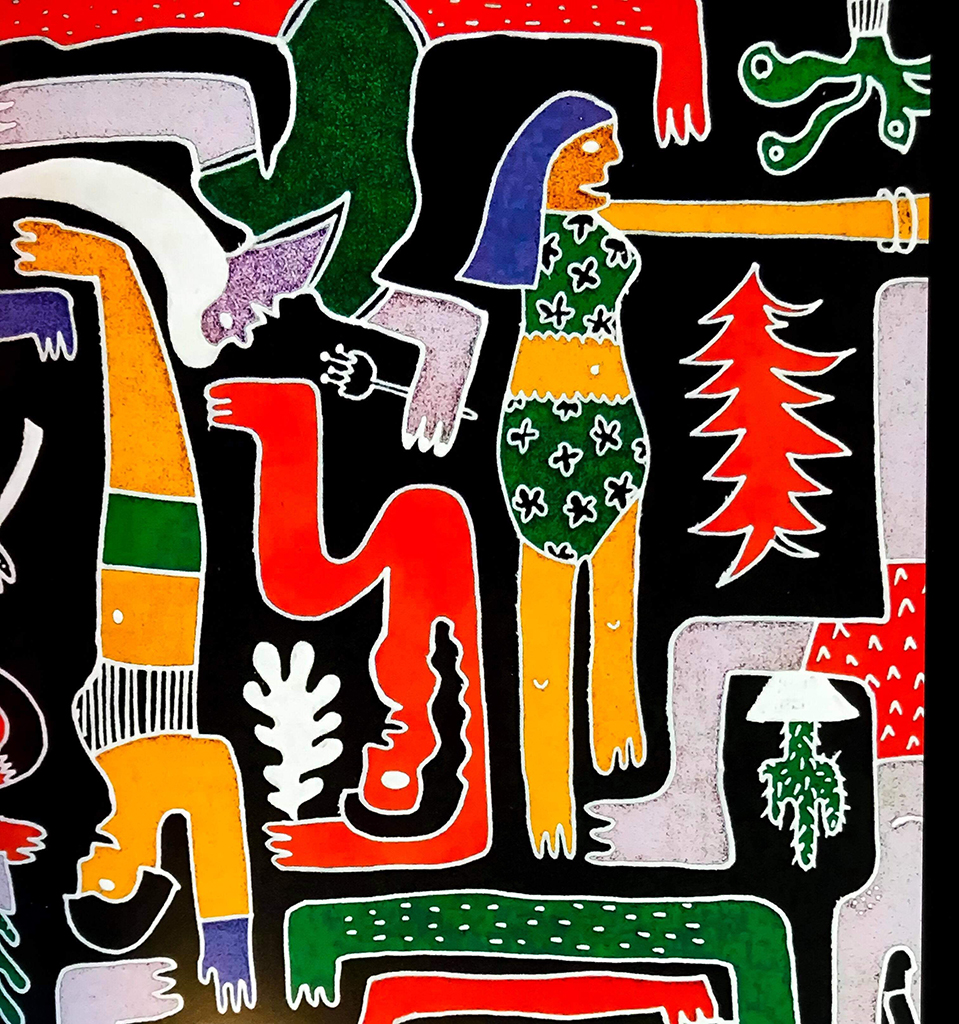 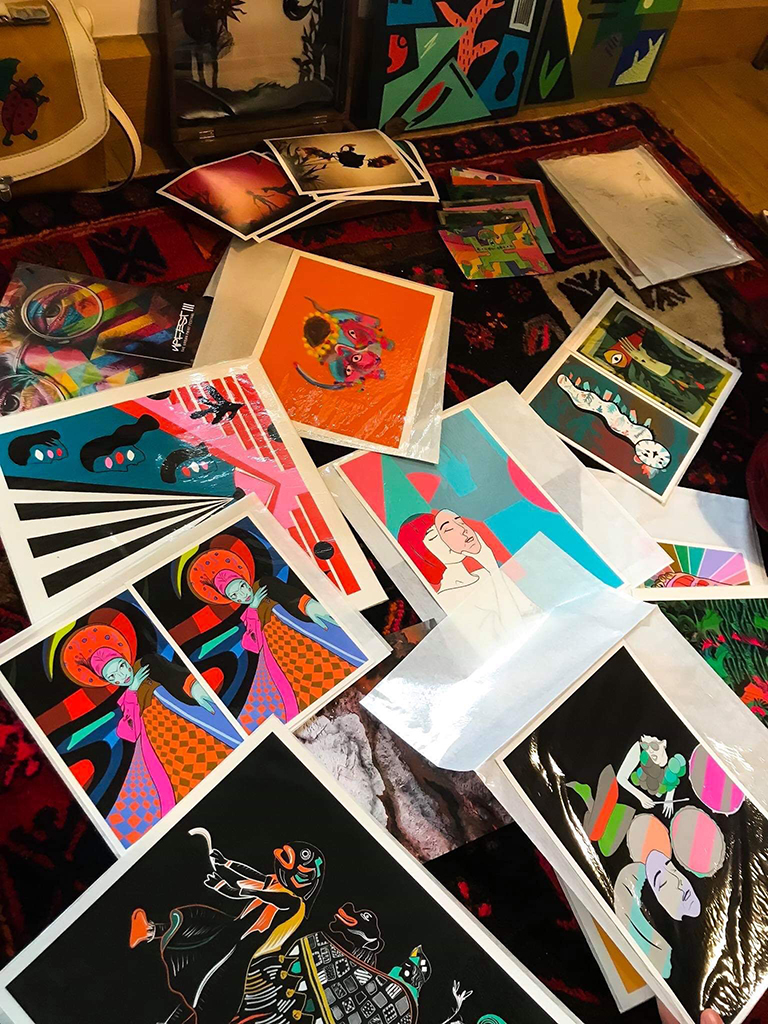 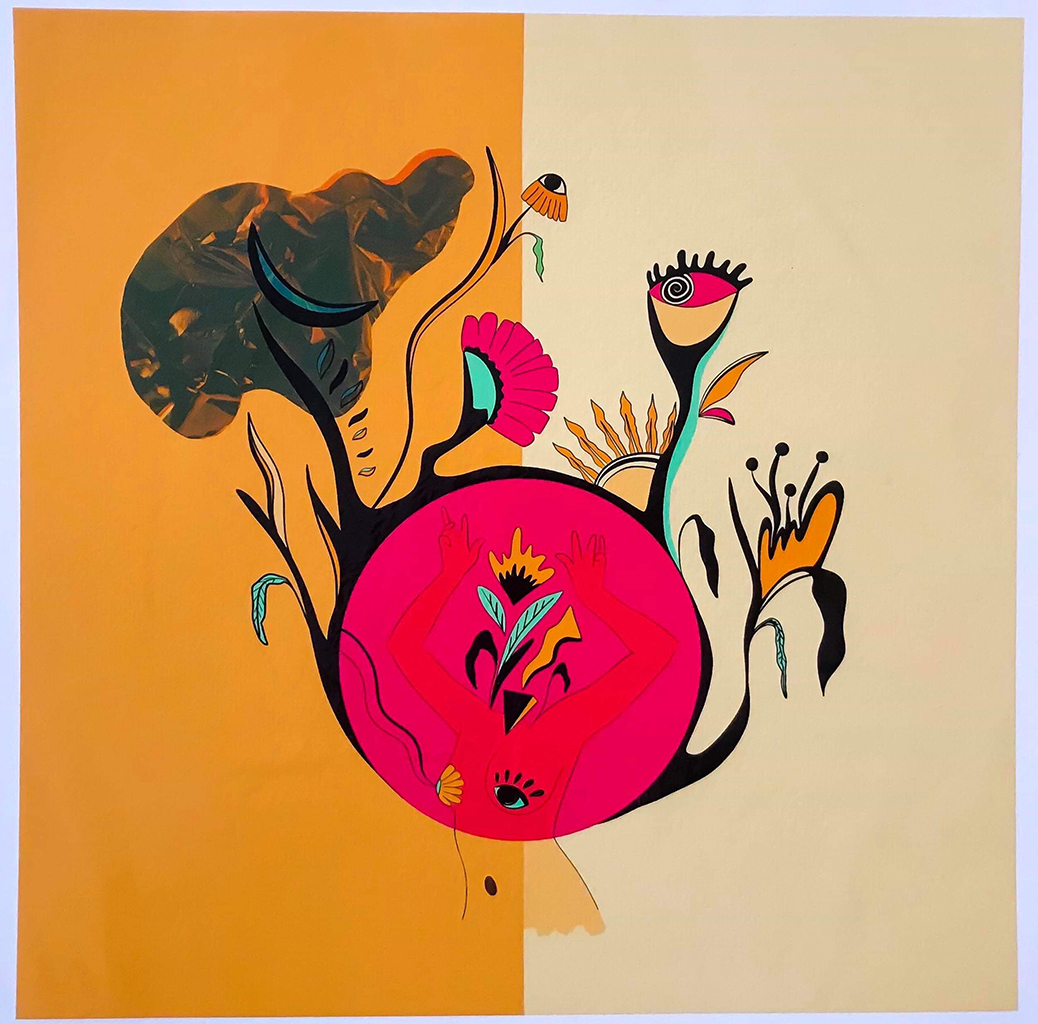 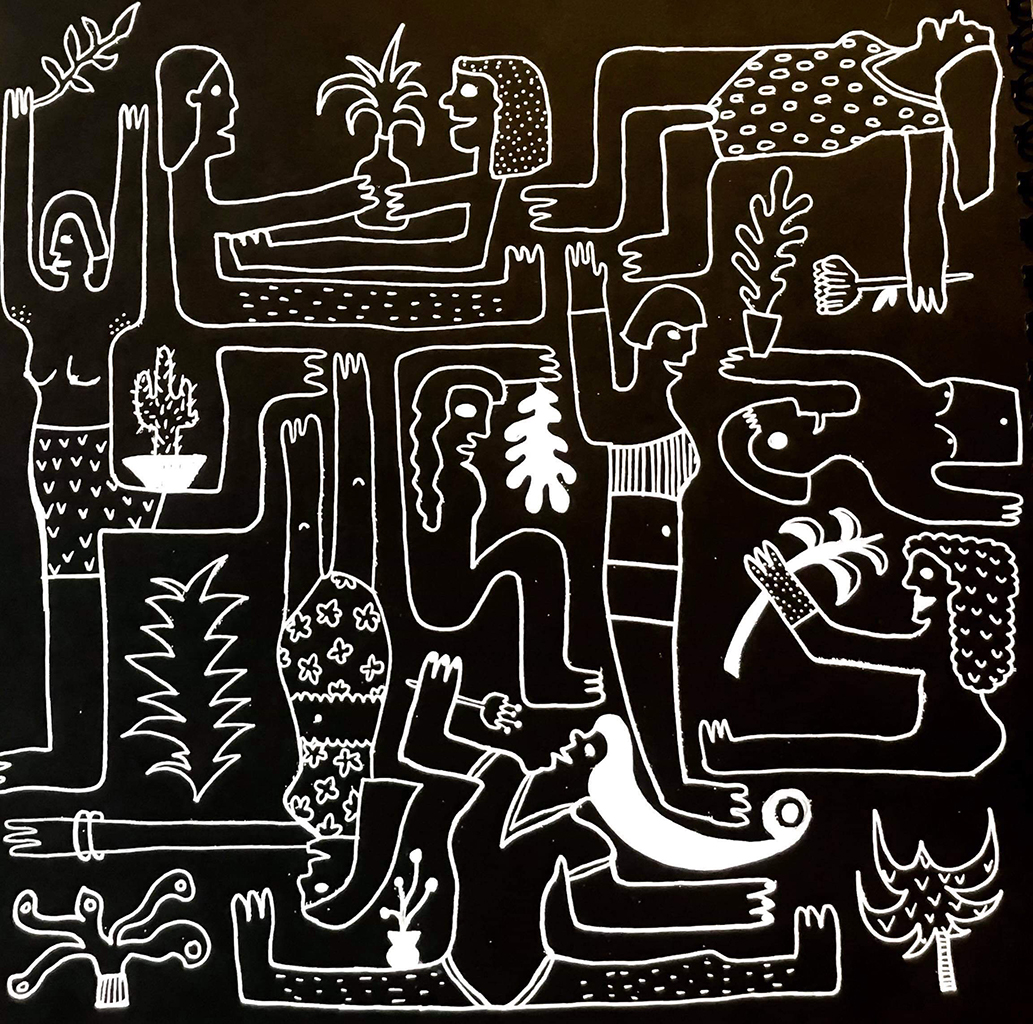 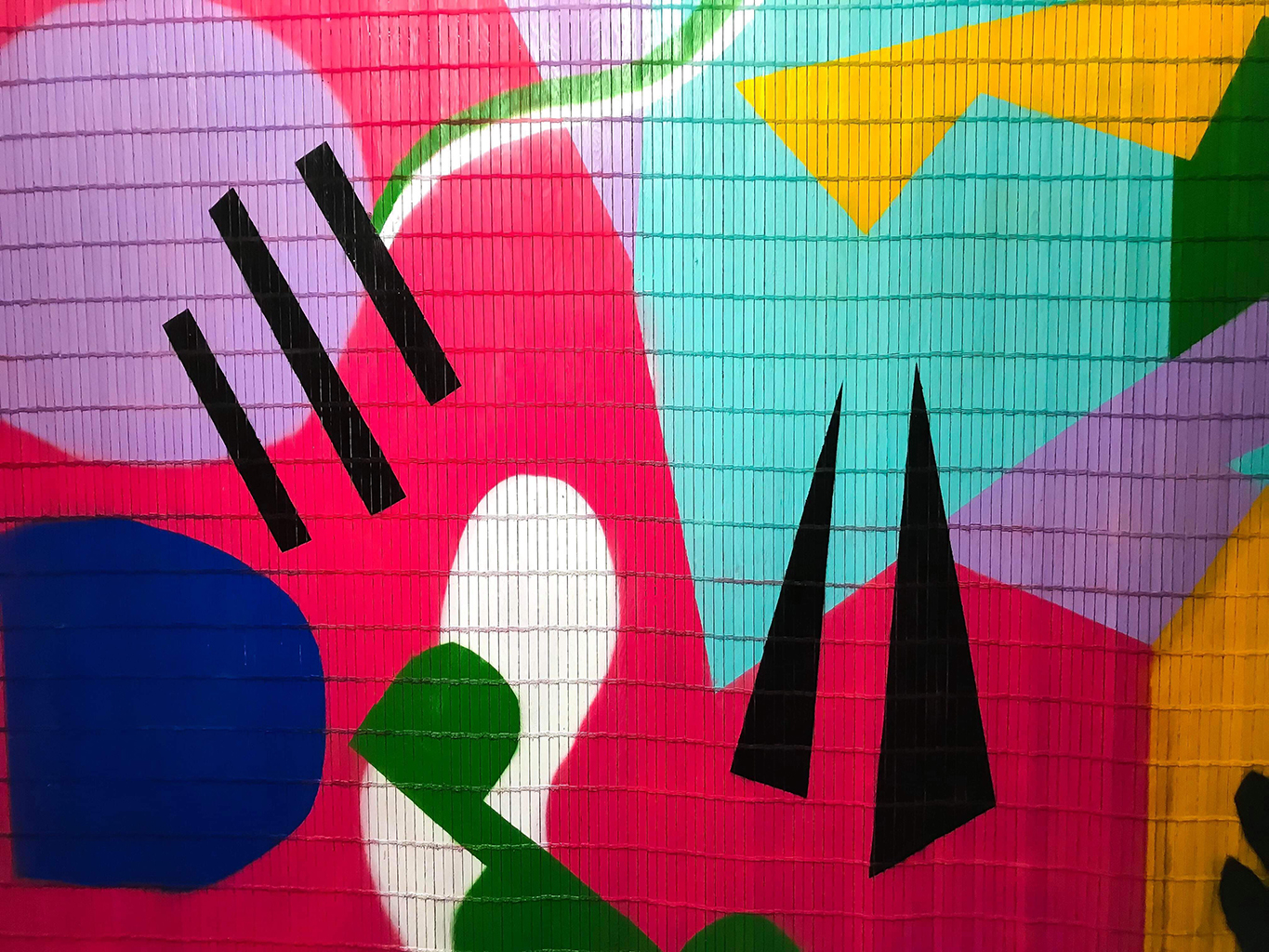 What would you want on the front cover of a book of you?

I put one of my favourite puppets, a giraffe. But I might illustrate something new, or photograph something I’d made really nicely.

What’s your process for a project/illustration?

I don’t normally sit down and think “I’m going to make an illustration now.” I’m normally inspired by something. But I like to draw little characters, so I have a collection of images I’ve taken of interesting things, and then I keep a drawing diary of things I’m interested in. Then from there that’ll turn into me sitting down on my iPad and making a digital illustration.

What’s been your most enjoyable project?

I was working with a group of young people in North Wales and we devised a bit of a show on a mountain, and it was for kids, but ended up being a bit bonkers. It was quite festival inspired; we made loads of costumes and we just ran up and down this mountain constantly, making this devised walk-around theatre piece with music and loads of mad costumes. It was a playground for me to just go really mad with all my designs and then have a wardrobe team bring it to life! So that was definitely my favourite project.

How do you adjust your scale for working in a sketch book vs. on a wall for a mural?

When I’m doing a mural, I have to see a photo or visit the space before I start drawing, otherwise it’s never going to work. But also, my illustrations that I do for murals, I don’t always think it’d work for a drawing, it can look quite flat and lifeless. But when it’s up on a big building, it brings it to life. To scale it up, I’m trying to do bigger designs for when I’m working on a bigger space, because I’ve been working on my iPad to design a whole warehouse which I find really difficult; I don’t feel like I can touch it or that it’s tactile enough. But when we did that mural, we had a tiny, tiny little plan, even on our phones; we’d just sketch it all up, but because it’s shapes it didn’t matter if we changed it a little. We changed stuff all the time from the plans to the drawings.

Sometimes if it needs to be really precise, if it has text in it, I’ll project it. Over time I’ve got a better understanding of how to scale things up, and what will work.

How did you get into creating murals specifically?

I like doing scenic painting in theatre; when I’m painting I always feel my happiest. I had this puppet company, and I had an agent who was getting me school workshops. One day he came to me and said, “can you paint a mural for a school?” I kind of just winged it. I ended up doing a massive project of two big corridors of murals. I knew I loved to paint so I just did it, I thought “shit, this is like my favourite thing, drawing little things and painting on massive walls, and doing stuff for kids to help them. I just kept doing it in little bits, I didn’t really know what I was doing; I was getting away with it and making stuff up. I started doing murals for friends’ businesses. Now I just want to keep doing more and more!

Where do you get your inspiration?

It’s mostly come from travelling; I did a project in India making giant puppets when I was there, there was so much influence and constant visual stimulations. I took loads and loads of pictures and used those. Then I went to Columbia this year and that heavily inspired the colours and the block, simple stuff that I’ve done. Mexico last year was more psychedelic design, with Aztec figures. I’ve always had an interest in characters and narratives and stories, from theatre design, so creating these characters for theatre world has then led me to a fascination with lots of little characters. I do look at other artist’s work, but mostly to see what they’re doing and try to do something a bit different.

My parents used to run a theatre company, but it was really pagan and hippy, and we’d make all of these giant puppets and travel around festivals, run carnival workshops and make costumes. So, I think from a young age I was exposed to mad puppets, being silly with stupid costumes and that’s ended up being what I do now!

In summer we would always go to these fake festivals and do all these twee, weird workshops. They did a lot of shadow puppetry, and I think all the imagery of the shadow shapes and the characters they were making, and the stories they were telling were massive influences to me.

When I first graduated I worked with an agency; I’ve been working free-lance for about 6 or 7 years and I collaborate with theatre companies and the odd artist, but essentially, I’ve worked on my own for all that time. When I moved to Bristol one of the main things was that I’d really like to collaborate with someone else on this. Working in collaboration is a lot more energising and you can vocalise stuff; I think your designs get better because of that. I guess the benefit of an agency is that you’d get more work, but I do really like working on my own and collaborating with people as and when.

Do you have any advice for young creatives starting out?

As soon as you graduate, I’d say don’t get a generic job. I think you need to go “I need to make money from my craft” and that’s just going to make you do stuff. The slippery slope that I’ve seen with other friends is that they’ve got a job in a café or something, and think they’ll just do it part time, but takes over their life and then don’t have time to do other stuff. The people I’ve seen that have thought “I have to make money from what I do” have strived in other ways to make it work. Just link your job with your creative practice, so some people work in cinemas and ask to make installations about a new show.