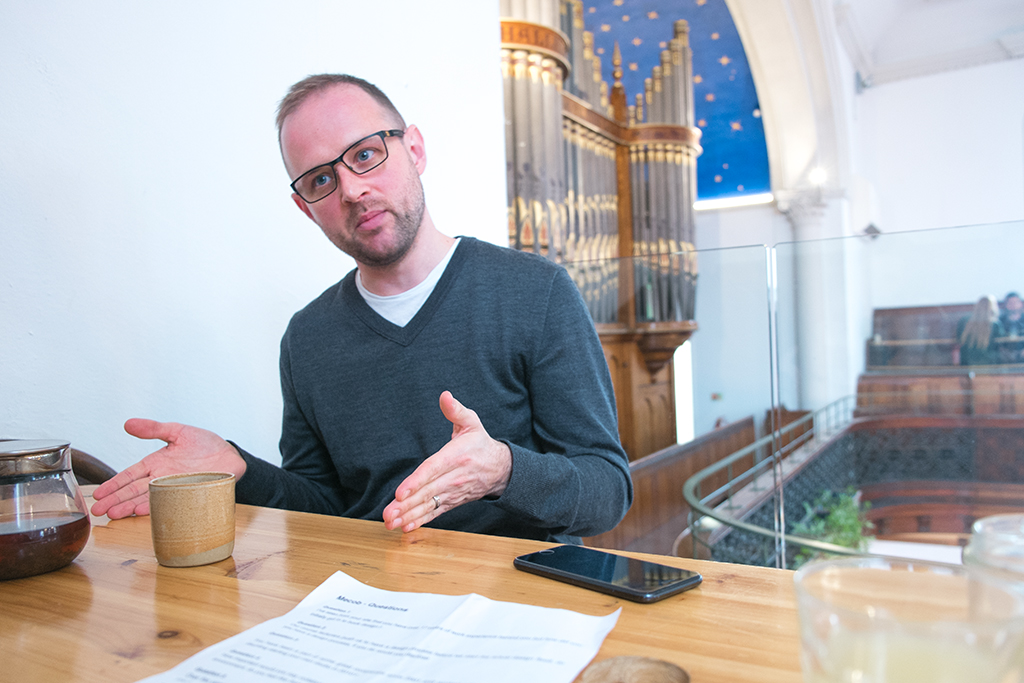 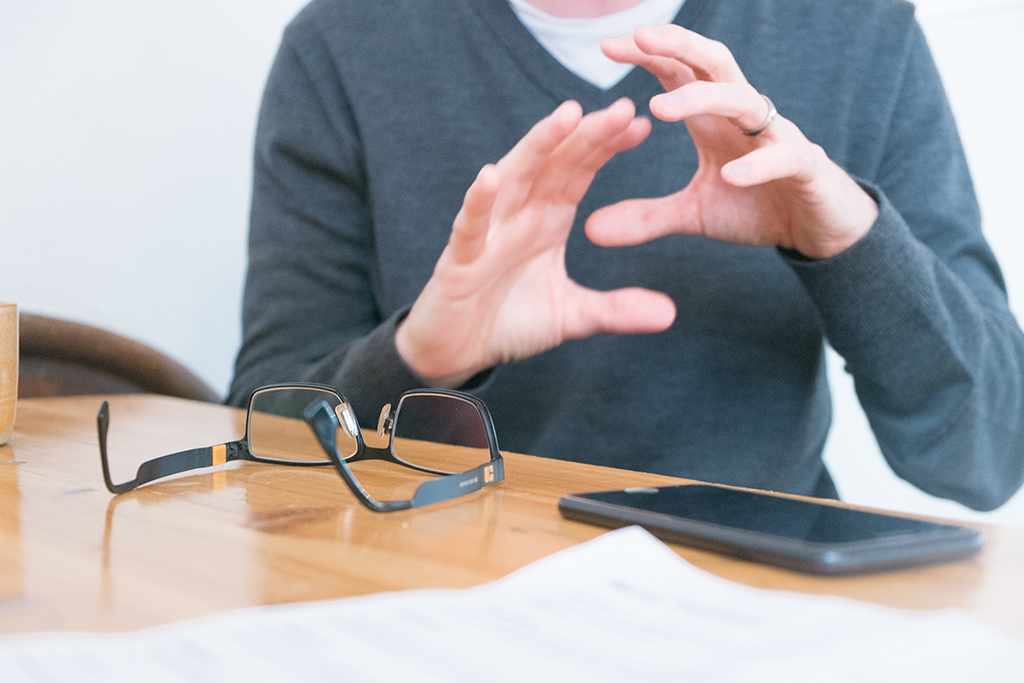 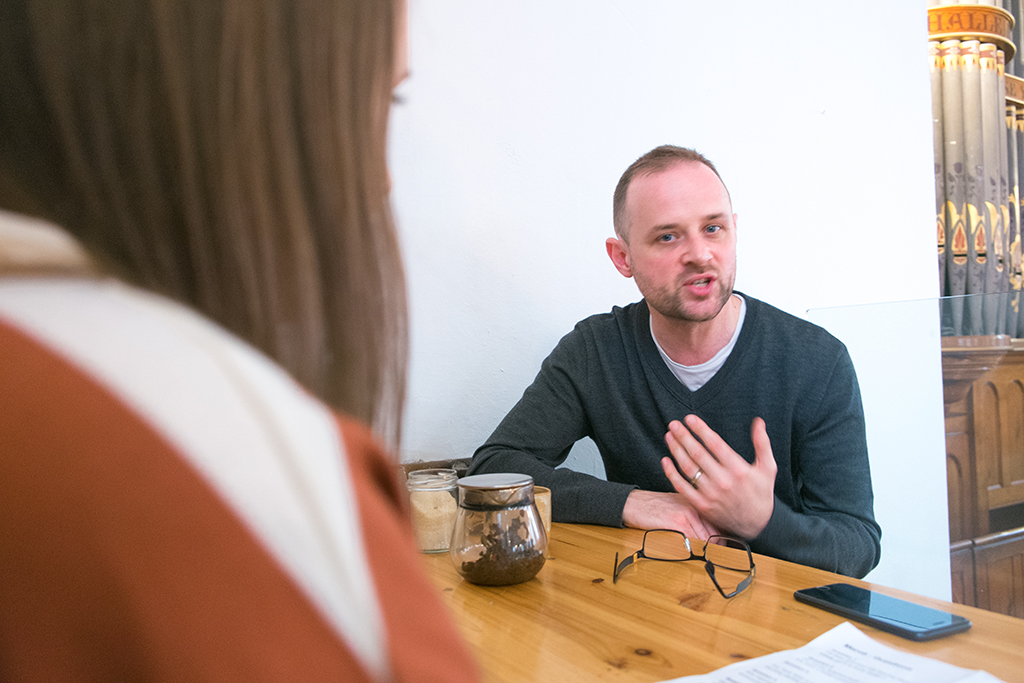 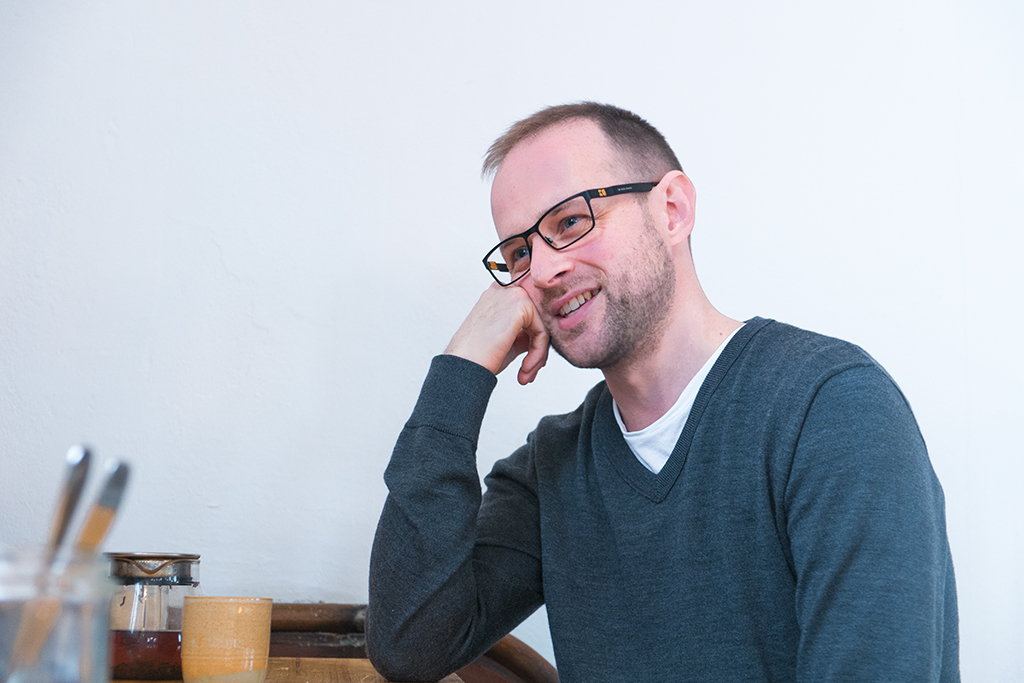 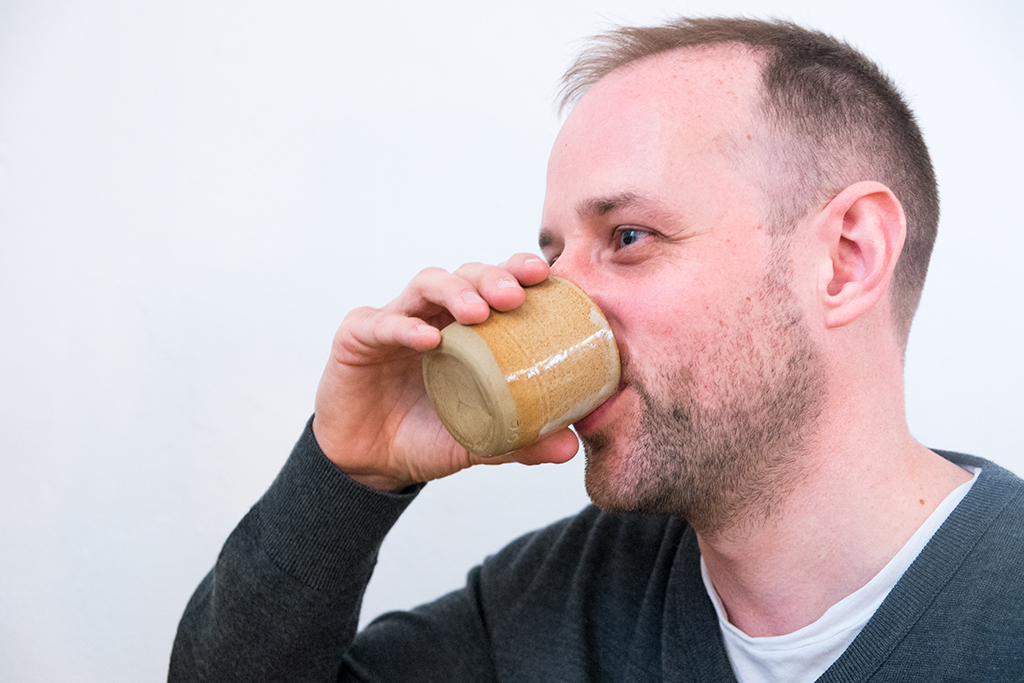 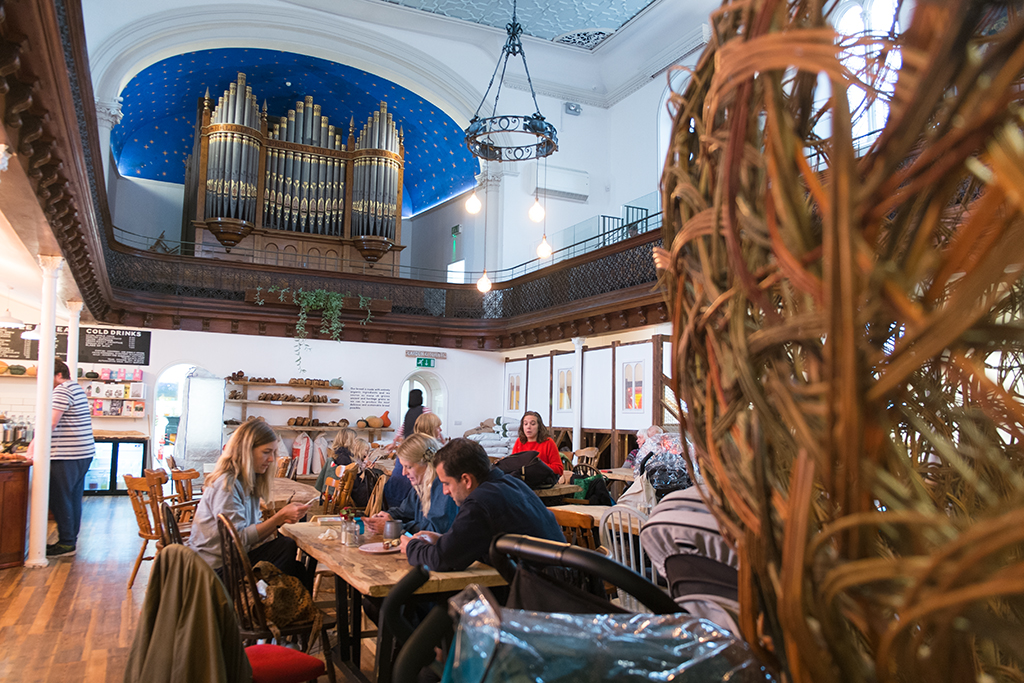 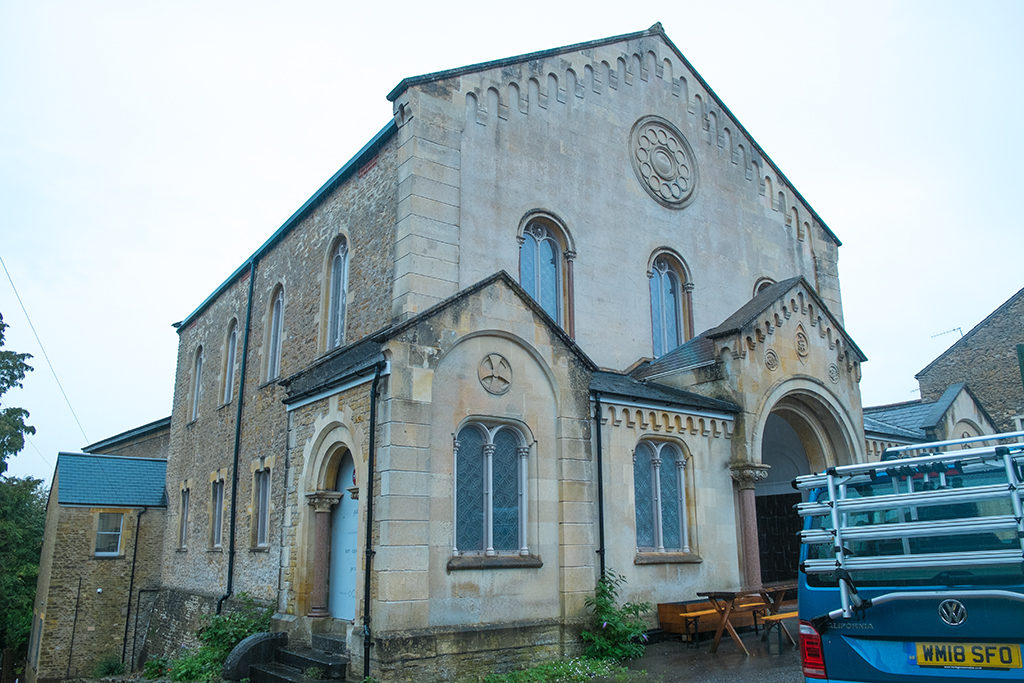 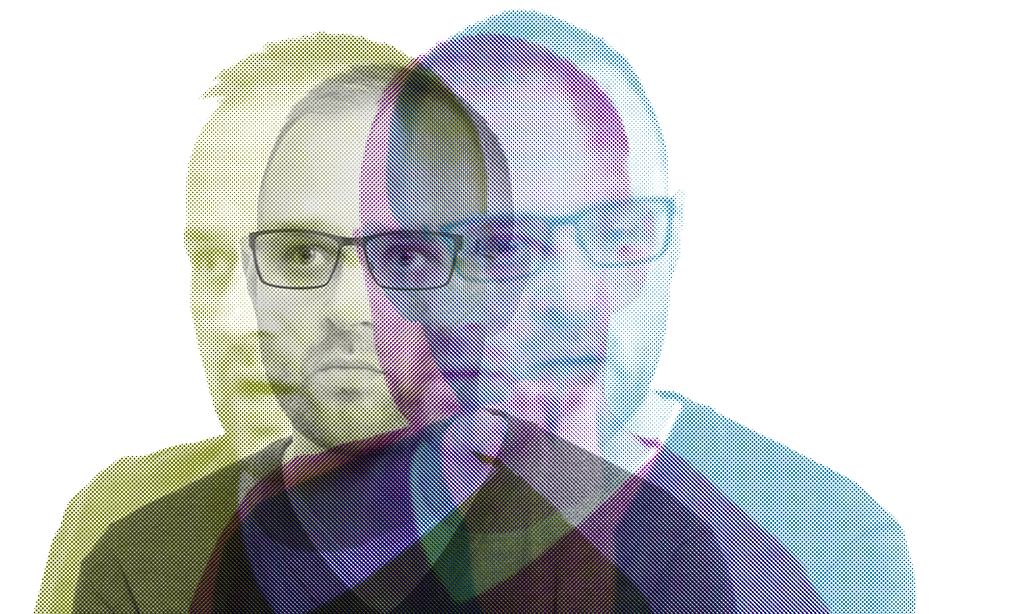 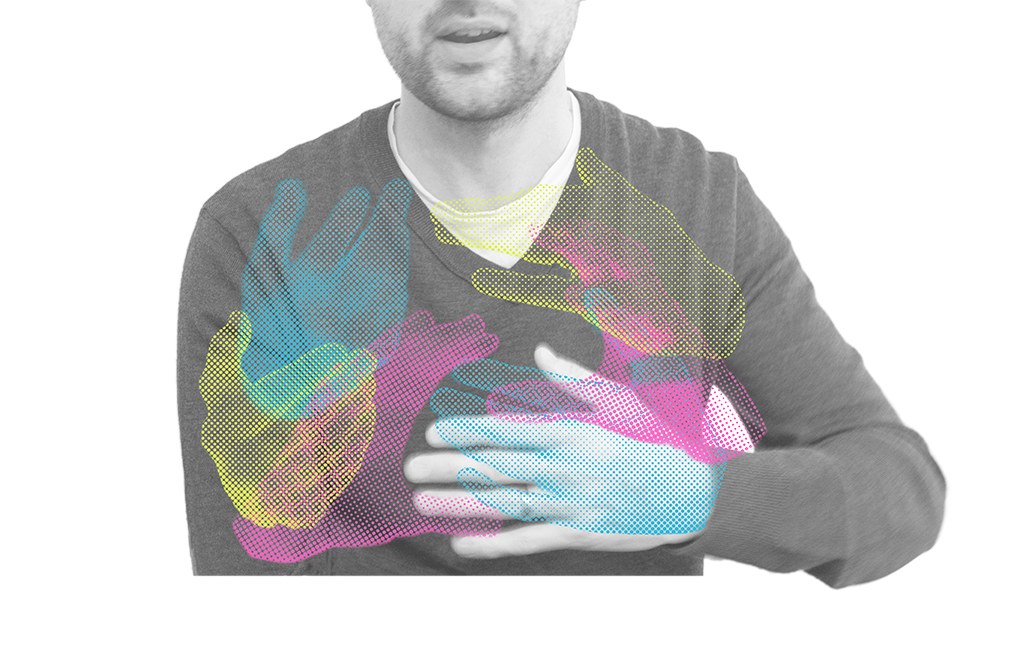 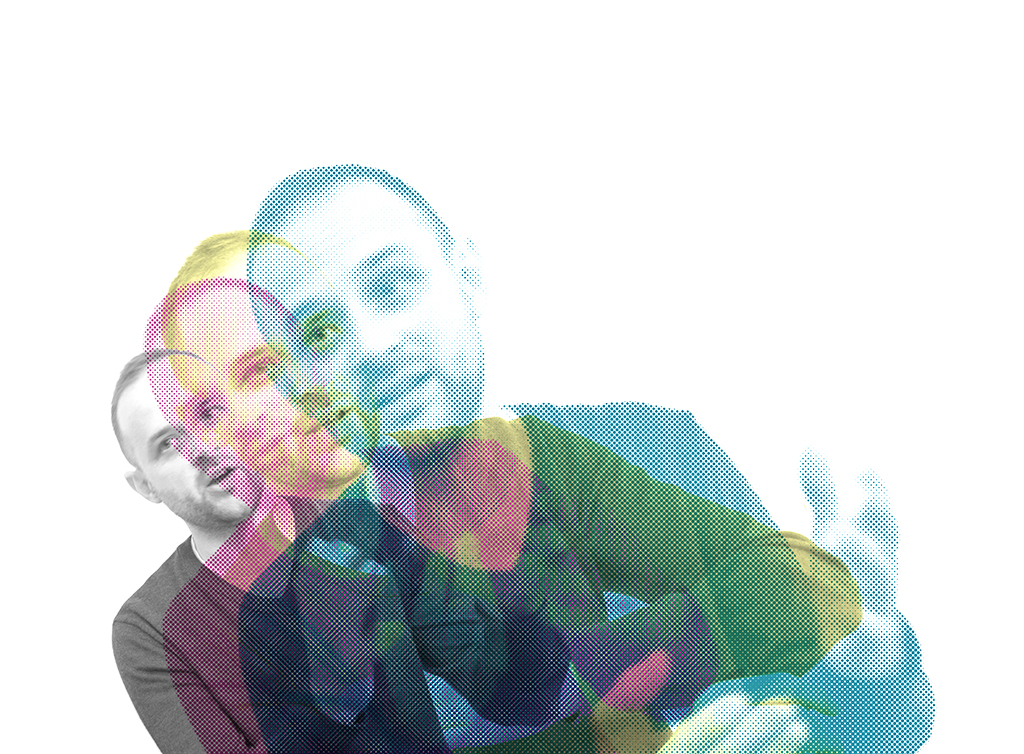 I’ve seen from your site you have over 17 years of work experience but how did you initially get into book design?

So, I started in 2001, that makes 17 years, Jesus. As I was saying earlier I didn’t really know what to do when I came out of uni, the careers advice at my uni wasn’t very good. I had a very general portfolio, the finishing skills weren’t there, so the software skill weren’t there, the typography, but the ideas were really good! For some reason I got this really weird spread of interviews. Playstation Europe to design games never designed a game before in my life, there was no digital stuff in my portfolio. A typography studio; I thought I was rubbish at typography and then a book publisher, so I’d lined up a year’s worth of work experience in London. There was a graduation towards London, you felt like you should go there at the time. I then ended up getting the publishing job and started off as a cover designer in a place called Hodder. Which is a sort of a fiction and non-fiction publisher and I just stayed. Its brilliant because you get these, and it’s the reason I still love it, you get creative ownership over the whole thing. If what we do is kind of an ego based, it’s very basics level sized, it’s you get to just get your gun off in terms of ideas and execution and the variance is huge.

When you get a client is there strict guidelines of what they want or are you normally let free?

It’s a real cross section, there’s no one rule that governs it all; and that’s sort of why I love it to. I mean sometimes I’ll just get a book to read and go do your thing which is lovely, and I’ll get loads of time. Sometimes I get a week and it’s a very commercial brief, and they literally just want me to reinvent the wheel. There’s a bit of everything and that’s sort of why I enjoy it, there’s a big range and I can do a bit of everything. I’m not really a book sniffer as I call them, there are some designers that’ll go out to book fairs at the weekend and rub themselves with old men novels and I’m just not that guy. It’s much more of a job for me, I still love it and have a passion for it, but I won’t pick up a bitter design for fun because the week is so packed. There’s always a different challenge to deal with so it’s very open most of the time and I get to stamp my own authority on the lot which is lovely. It’s all about ownership for me but sometimes it’s very prescriptive.

Do you have a design process?

I think it’s largely instinctive and I’ve learnt overtime that actually your process isn’t something that you can flow chart or right down in steps. I tend to sort of listen to all of the information, so I talk to a north person, I talk to a south person, I talk to a publisher and I have my own ideas, or I read the book, I get all this information and throw it in the top of my head and then sort of see what comes out. Most of the times I, instinctively, will have an idea justify it, execute it and get it approved and that’s a beautiful gift for a designer. Then sometimes it’s very prescriptive, I mean if it’s a piece of non-fiction for instance; for example, it has to be very hot in terms of content or just left at the mark in terms of what the market is doing so sometimes it could be prescriptive. Another thing Is what I call fresh eyes, I will do a job for a few hours on first drafts just pushing everything together, it’ll be as rough and then I’ll come back the next day and just sort of tweak it all together and it will evolve.

You have been a part of some great companies since 2001 and worked with big clients, was it daunting starting your own studio in 2010?

Yeah, I just about had enough confidence to do it. It was really scary, but it was more for practical reasons than anything else. Scary is the word because you don’t know if you’re going to get a salary at the end of the month, but I was in a job where I was really underlie resourced and I wasn’t enjoying It and we were just about to have a baby. We decided to come back down from Edinburgh to England to be near family and I was just around my son all the time and I could work for who I wanted, and I could work when I wanted, it just sorts of fit with family beautifully. The older I get the more I think that choice was amazing, not only have I seen my kids growing up every single day, all the bad bits and the good bits but I’ve also seen the business grow to point where I had a decent portfolio and I don’t need to rely on the companies that I worked on before. I know that I’m good for my own reason which is a lovely confidence boost.

Have you got any upcoming projects that you are excited about?

Over the years what has been your favourite projects to work on or that have really stood out to you?

I say this to my son a lot that I don’t really believe in favourites, because there’s so much good stuff. He asked me about what’s your favourite food, and you can’t compare. So I’d like to answer that with something that means the most, linked to our earlier conversation about confidence. I was lucky enough to win the Alexander Mcall Smith series. I’ve been doing it for years and a couple of years ago he came to Frome, and I was about a dozen books in, and that’s like 12 paper backs, 12 hard backs, because there’s usually like 2 or 3 editions per title. He was coming to do a book launch just down the road here, and he took the time in all of the questions to invite me up on stage and say thank you. It was one of the first jobs I got working for myself and it just continues and there was this huge guy, one of the most successful authors that you’re ever going to meet, telling me I’m doing a good job, and paying me for it. I did a blog post for it, it was called ‘completing the circle’ or something, it’s all very well doing work for a client and then it stops at you just getting the book in, but for them to go ‘good job, and for him to say that, that has the most meaning for me, not only was it the biggest influence I’ve ever given out, it was stripes on my arm, being a quiet guy and not very confident believe it or not, that was huge for me.

How important do you think collaboration is too you?

How important is collaboration. I think collaboration is important, because I collaborate on every single one of them, with somebody at least, because somebodies written the book, and there’s a client. I think leaving your ego at the door is a good thing, even though that ego can make you look sharp, if you stand by your opinions there always a reason why for that and stick to what you know.

Mark Ecob is the founder of Mecob, a design studio for book publishing. He has over 17 year’s experience creating covers for everyone from the biggest conglomerates to self-publishers, including authors such as Iain Banks and Alexander McCall Smith.

Before setting up Mecob in 2010, Mark worked for Hodder & Stoughton, Orion Publishing and as Art Director for Canongate Books. His work has been recognised by the D&AD and exhibited in the UK. Mecob creates covers across all genres and markets, and integrated interiors where required.