In what way has studying Graphic Design impacted your filmmaking and do you think having studied Graphic Design gives you a unique and different outlook to filmmakers who have not?

I studied graphic design at Bower Ashton 20 years ago and got into filmmaking during Graphic Design course. The main effect of how it impacted my filmmaking goes down to the initial idea of a brief. I always refer back to the initial point; what’s the aim of this project, what’s it going to reach, what does the audience want to see, how’s it going to be read and that’s how I track and set the goals for the project. When you’re working with musicians especially, they are not necessarily great at communicating, so therefore your extracting information, that’s where the Graphic Design background helps.

Do you have any other interests/hobbies that influence your work?

I love photography, I love art and I often seek inspiration from exhibitions or art books. I also find a lot of inspiration in science and just generally being an observing person, that’s my main inspiration is just your personal experience, you can be influenced by anything. My work is my life, it’s become me, I am me, this space is me and everything I do in this space is related to it. one way or another.

To feel rested, how many hours of sleep do you get a night and is this enough?

That’s a funny question because I’ve got two kids. Its kind of interesting in some ways cause I’m the type of guy who can always wake up early and work as soon as I wake up, so if I got a deadline, I’ll be the person who will be up at 5 working on it and still be fresh, I know plenty of people who work late, I can’t do late. But I can stay up when I should be sleeping and just zone out, but I can operate on 4 to 5 hours of sleep.

I still battle through procrastination. I battle with myself and the freedom I have with not having a boss. Its good when you have an active client, someone who really knows what they want because that can really have you focused on your clients, free and easy. You do need that deadline and that pressure of actually having to deliver and it’s amazing how you suddenly click into gear, that can feel good and you wonder why you didn’t do it like two weeks ago or two days ago, or even this morning rather than this evening.

What films/film makers have influenced you throughout your career, and how did they do this?

My inspiration from my work now is mainly Avant Garde cinema from the 1920s and 30s, experimental cinema. There’s lots of early pieces of early cinema where they are experimenting with cinema and illustrating sound with images, those are my inspirations. I suppose growing up it was anything from thriller Michael Jackson and just general music video culture that feed into the stuff I do now. I think if I was to name some feature films directors I would quite like the obvious people, which is Stanley Kubrick, Aaron Tarkovsky, a lot of Russian film makers. I also quite like a grand sci-fi, more recently Christopher Nolan you know he’s a grand film maker.

We have looked into your work and see that you work on a lot of music videos with high profile clients, do you prefer making music videos to regular films and what makes the perfect client?

There’re things I like about making music videos and there are things I like about working with narrative. I feel very comfortable making music videos especially if the client Is commissioning me based on my work and they really like the way I do things, they just want me to do what I do. But there’s something nice also about sitting down with someone’s material and working with a director and just editing. Most artist don’t need to communicate much; their music does the talking for them and then you send them stuff and they say yes if they like it or no if they don’t. I thought the perfect client was someone who engages with you and gives you some idea of what they want, and then I met noel Gallagher who hadn’t got a clue and he didn’t care, and it was up to me to do what I wanted. He doesn’t look at it anyway and at first, I really struggled with that, but once I realised what I was producing he was into, it just felt like a bit of a dream to carry on making, you know he just gave the right to do what I like. I thought I would struggle with that thinking I need something from him when actually I didn’t need anything. I said for a while he’s the perfect client because he doesn’t require anything except for me to do what I do. The problem would have come if I produced something he didn’t like and then you start wanting to know why, you know and desiring more feedback. We don’t really talk that much, and I think musicians like it. They want you to just listen to the music and interpret it in a good way.

You seem like the kind of creator that doesn’t have the need to do retakes or reshoots, you just know when you’ve got the shot, you’ve got it.

Yeah, I am shy. There are times where I think I could’ve got more but I think having come from Graphics I’ve reversed the way I’ve come into film making; from design layouts, into photoshop, into after effects, into premier to edit. 20 years ago, firewire was the technology and that was the way. Some days I would have a camera, I would edit my friends’ band and then they would need visuals and they would be like your good at editing can you cut this can you do that. I would film things because I know from an editor’s point of view, and not necessarily as a director.

If you had a time machine and could go back to meet your 18-year-old-self what three pieces of advice would you tell yourself?

I think visiting your 18-year-old self and giving any kind of advice or information could, with the Hein sight of being from the future, change the future like the film back to the future, so you’ve got to be careful. With that said what I would say is don’t worry about a thing cause good things are going to happen, keep going cause you need to go through your own crap to become the person you are anyway, you shouldn’t be afraid of times getting or problems. But I would like to say to myself is be bold and be confident. There’s another way of looking at life. If consider your life to be a big circle and your 18 and you’ve done the first quarter of your life, you’ve done your education then the next quarter you’re going to be at the top of your tree and your with the people who have all the jobs and the money, then you’re going to be on to the next quarter of your life like even if you just hang around and you’re not brilliant for what you do or whatever you’re not the most talented, you just keep going and you will be in and amongst it because of the nature of life, it’s a circular process just sticking at it, being determined and having confidence. 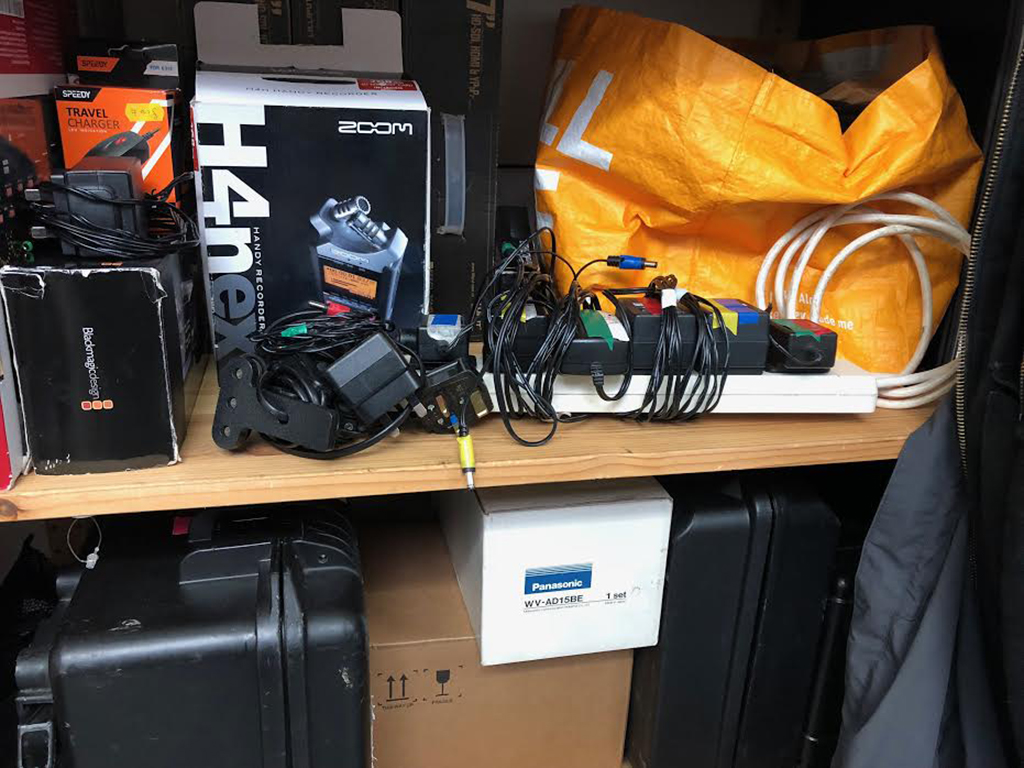 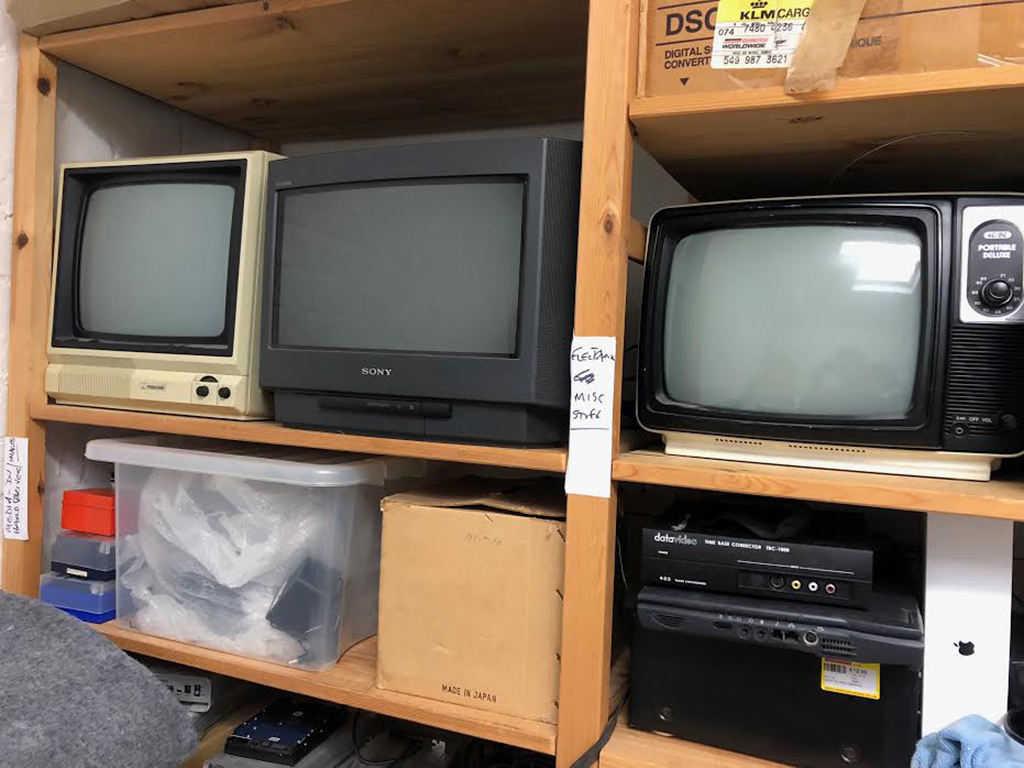 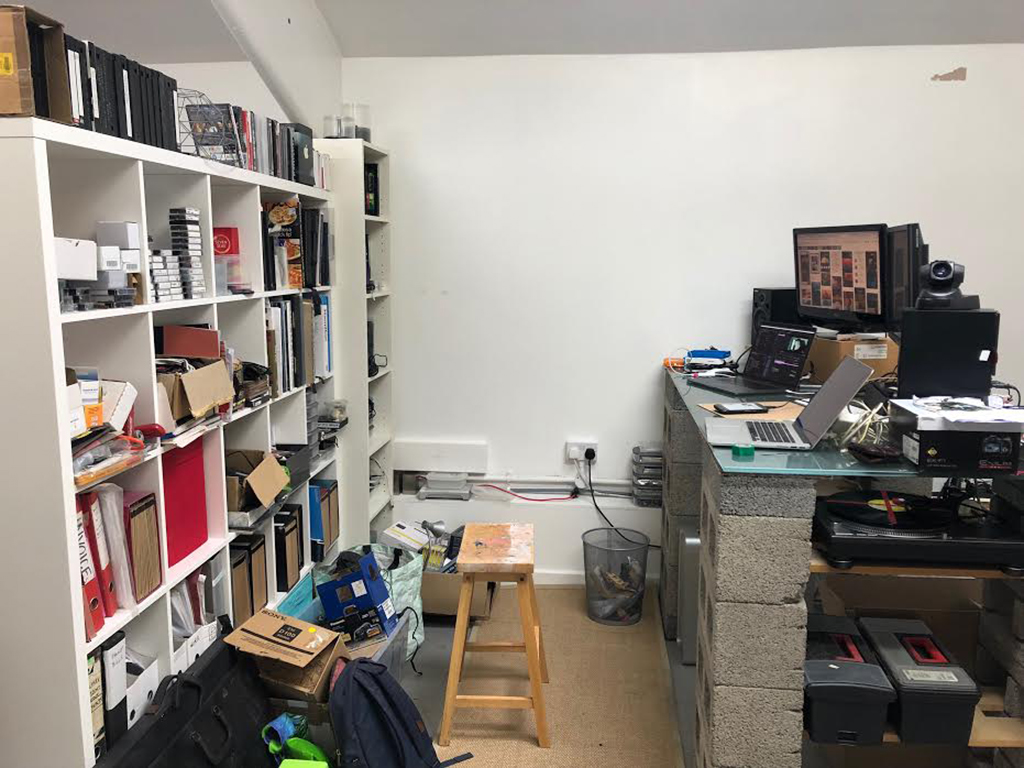 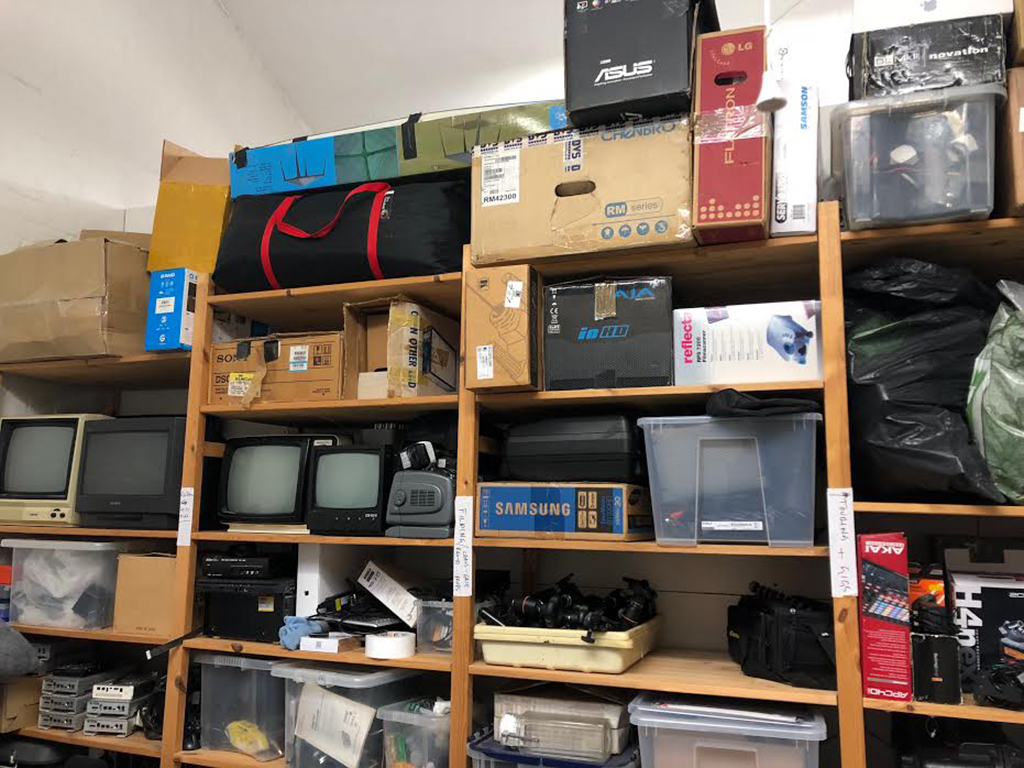 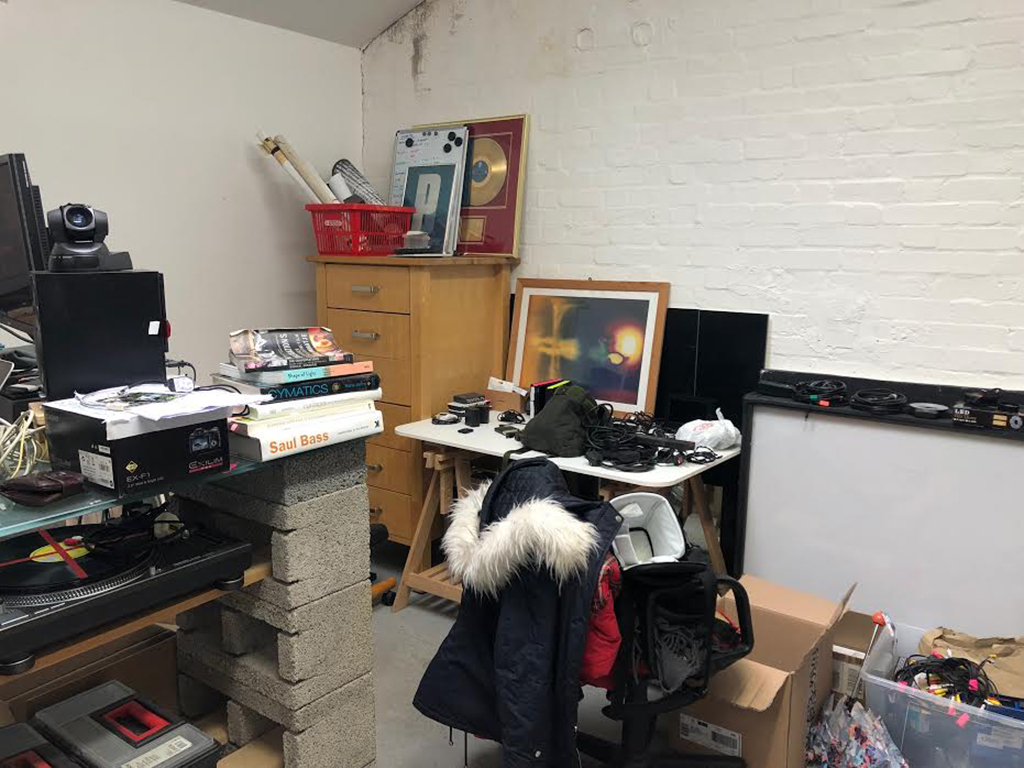 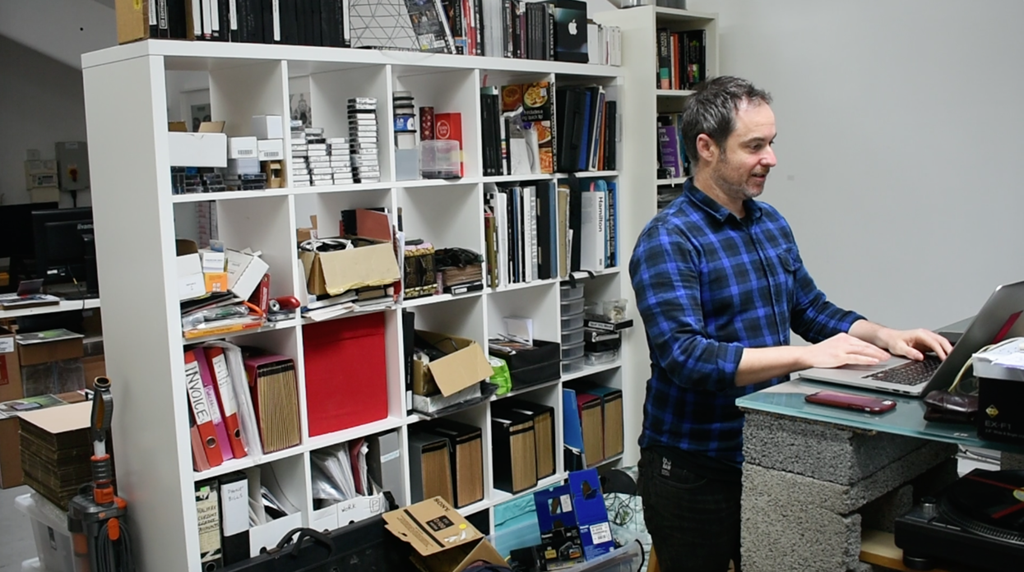 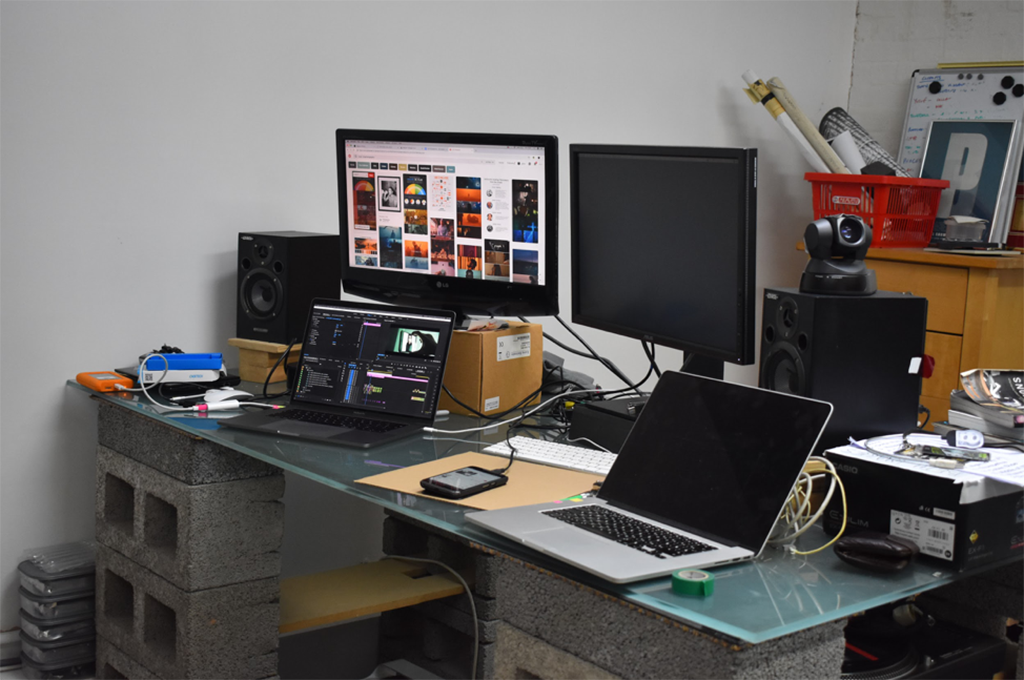 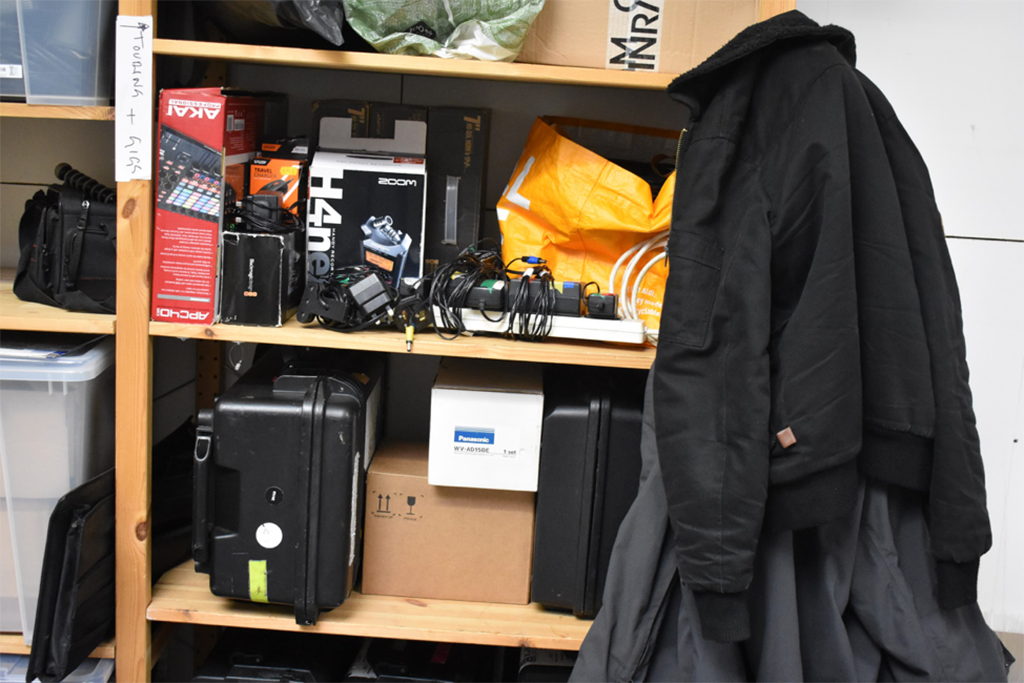 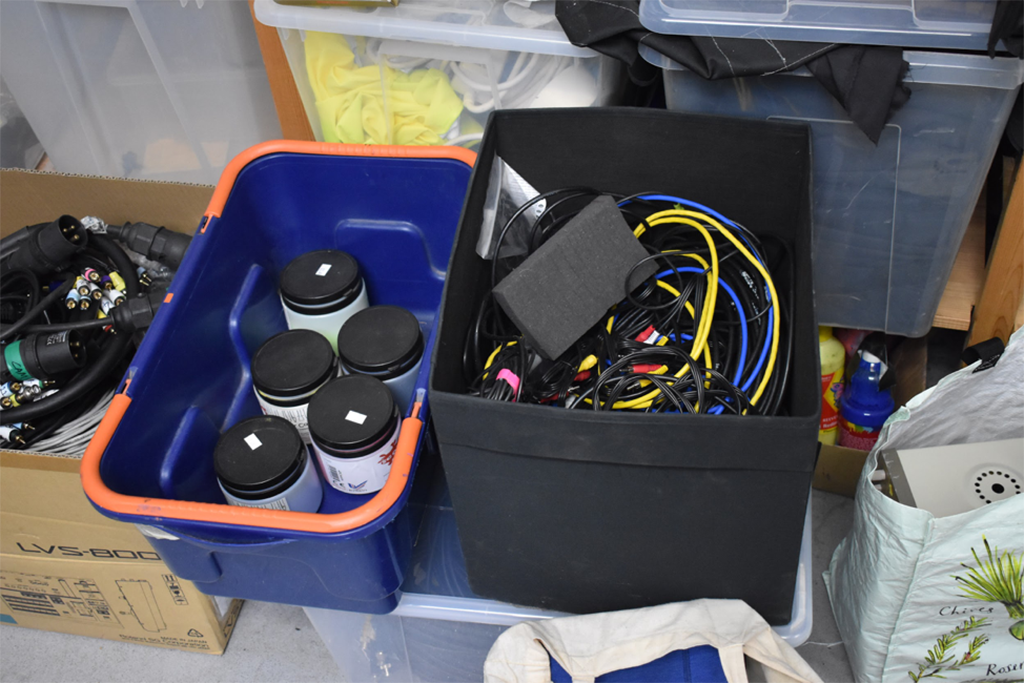 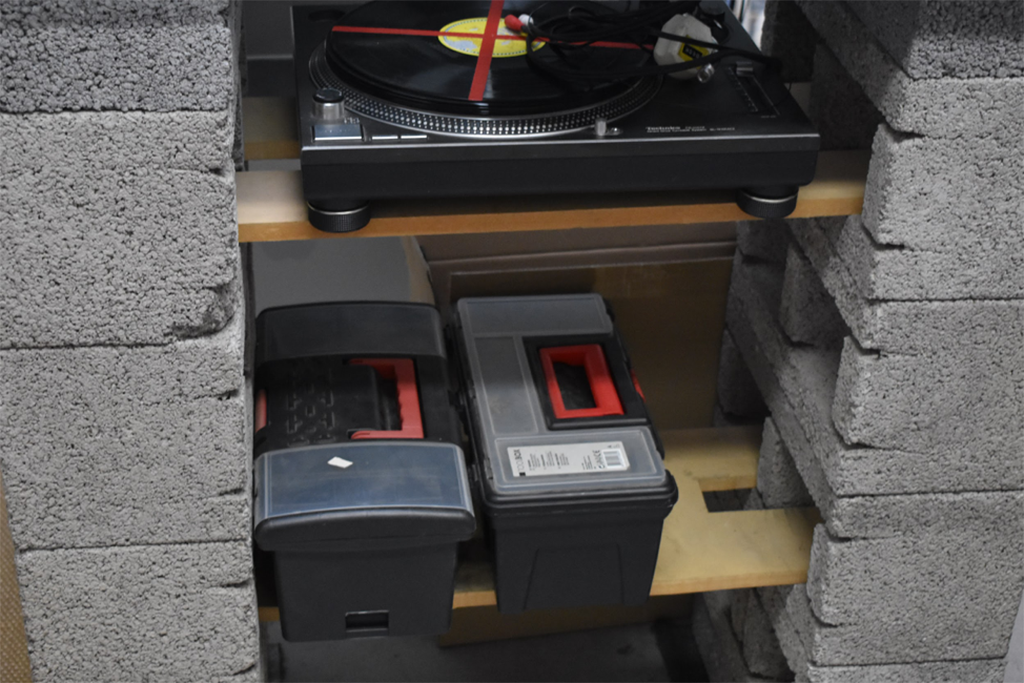 John Minton is a Bristol based film-maker who works in BV Studios, Bedminster. He studied Graphic Design at UWE Bower Ashton almost 20 years ago, and then went onto become a well-known film-maker. John creates exciting experimental films/music videos/visuals for many high profile clients such as Portishead, Noel Gallagher and Estha May Campbell (2009).