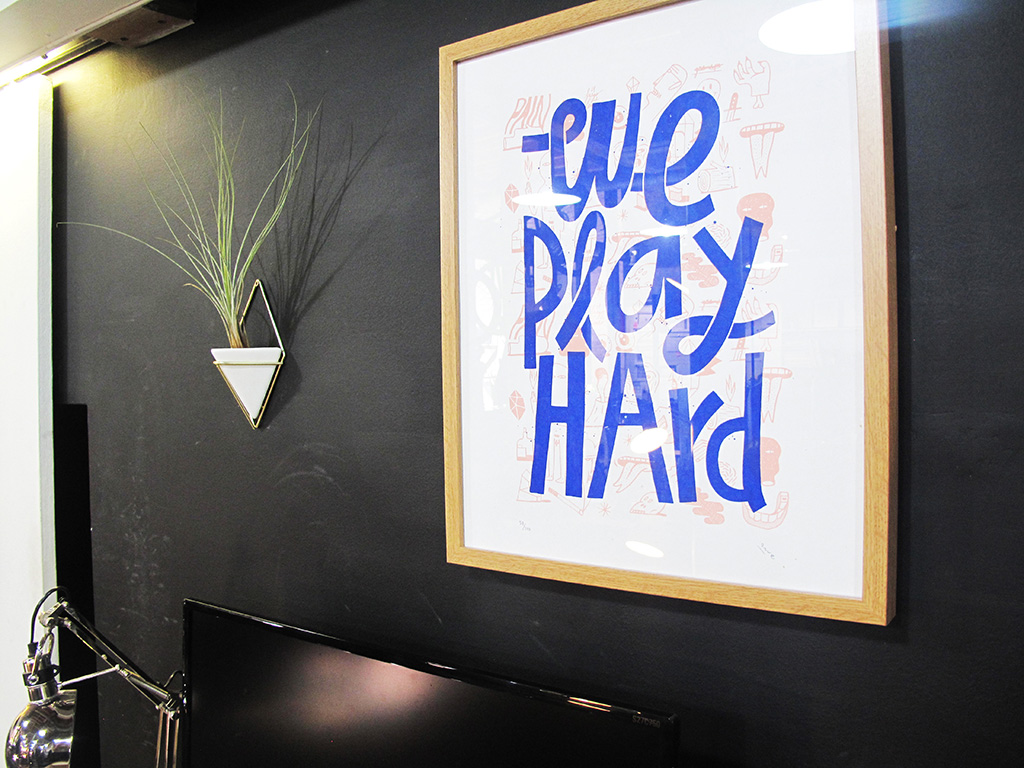 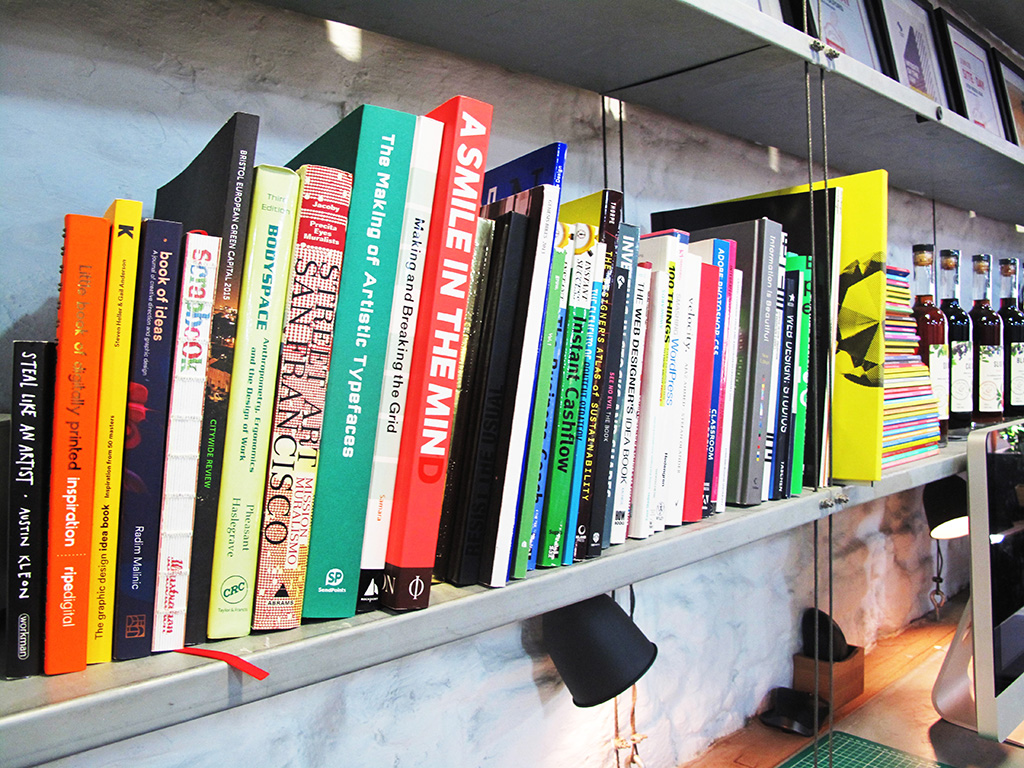 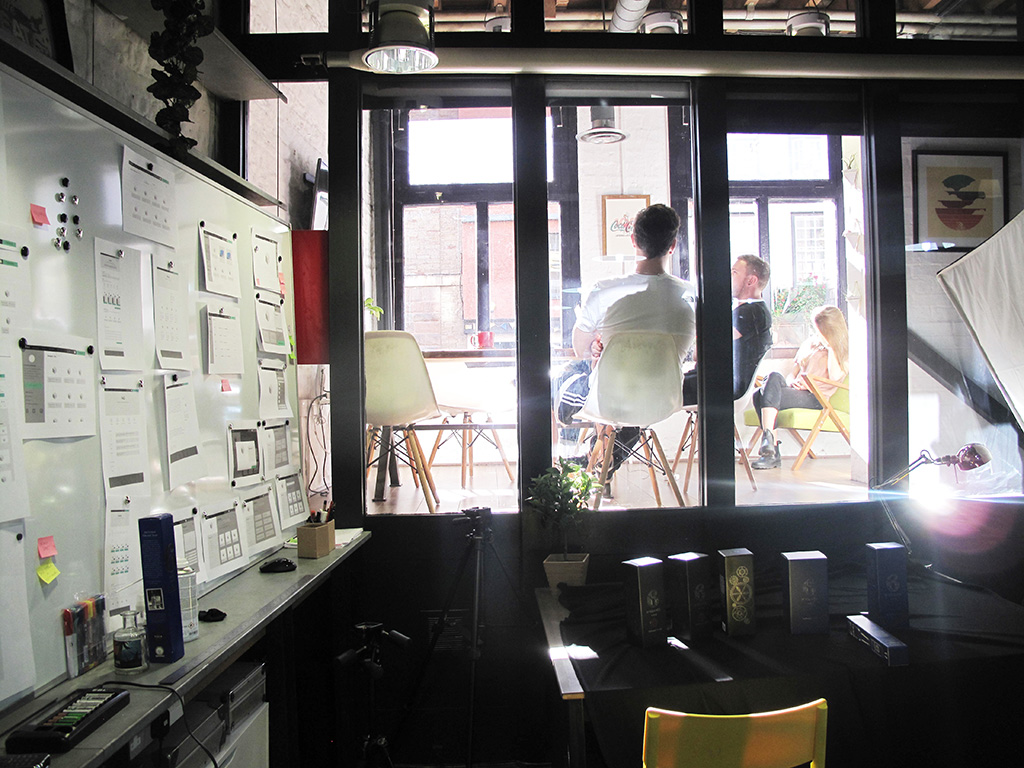 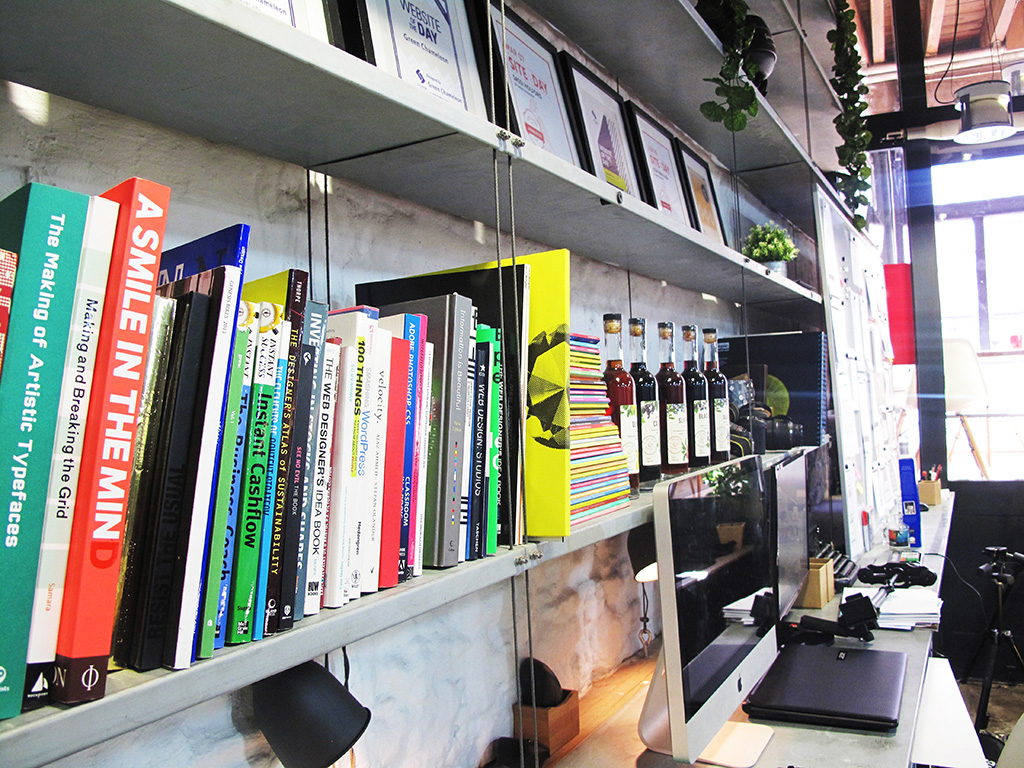 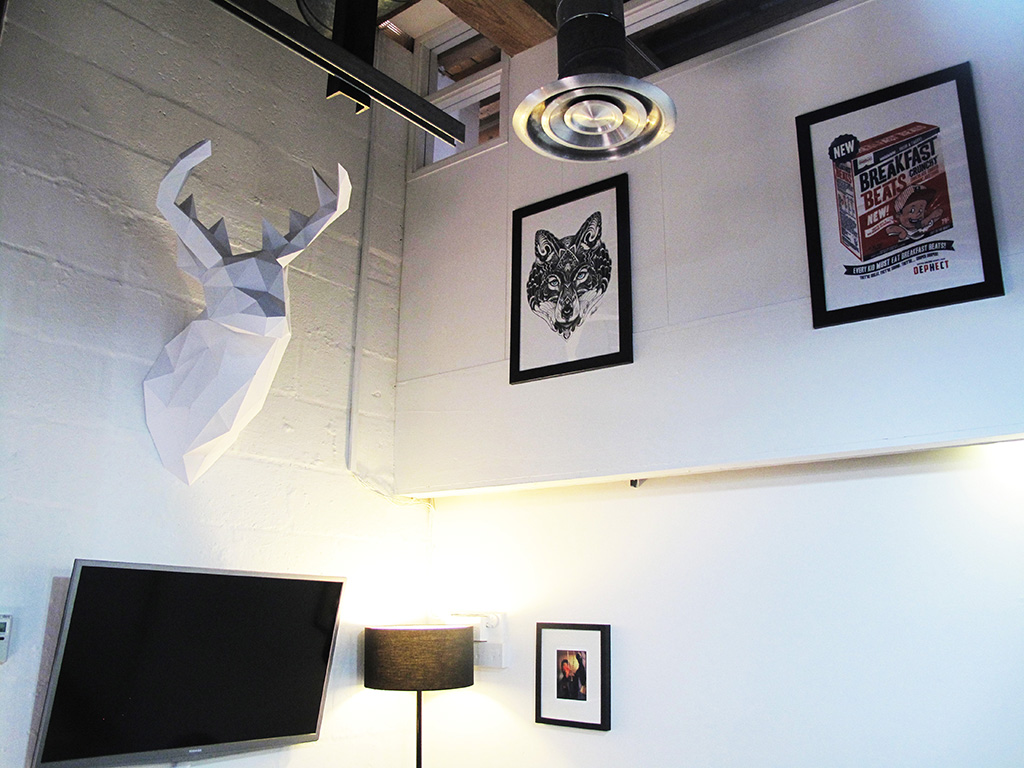 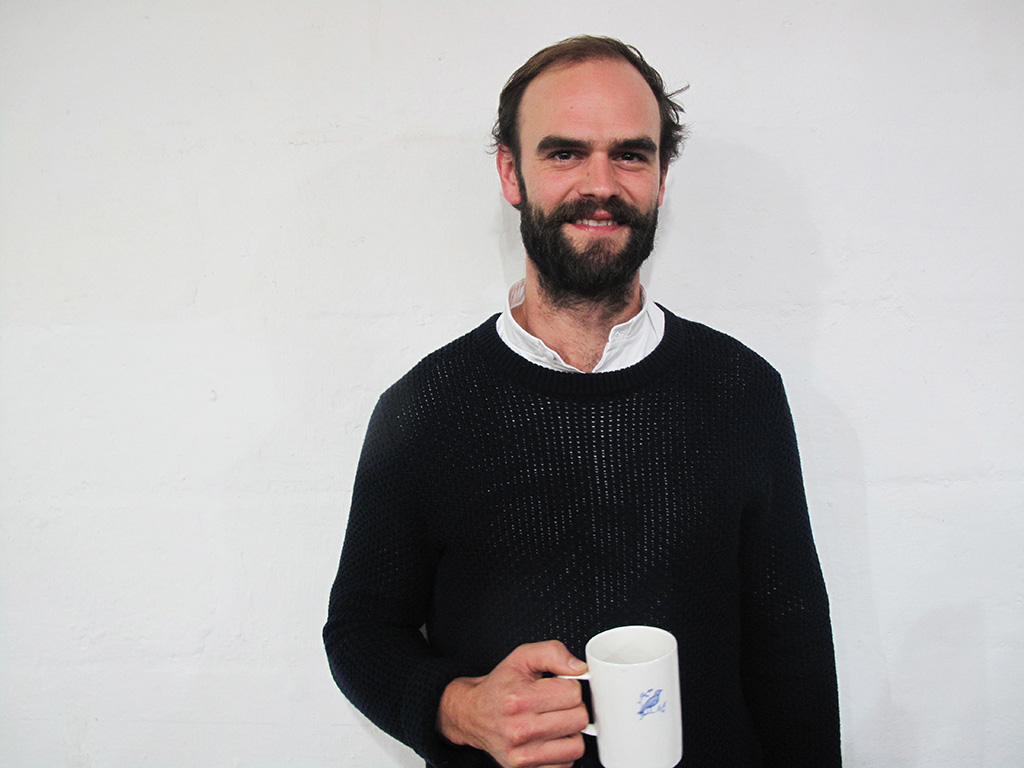 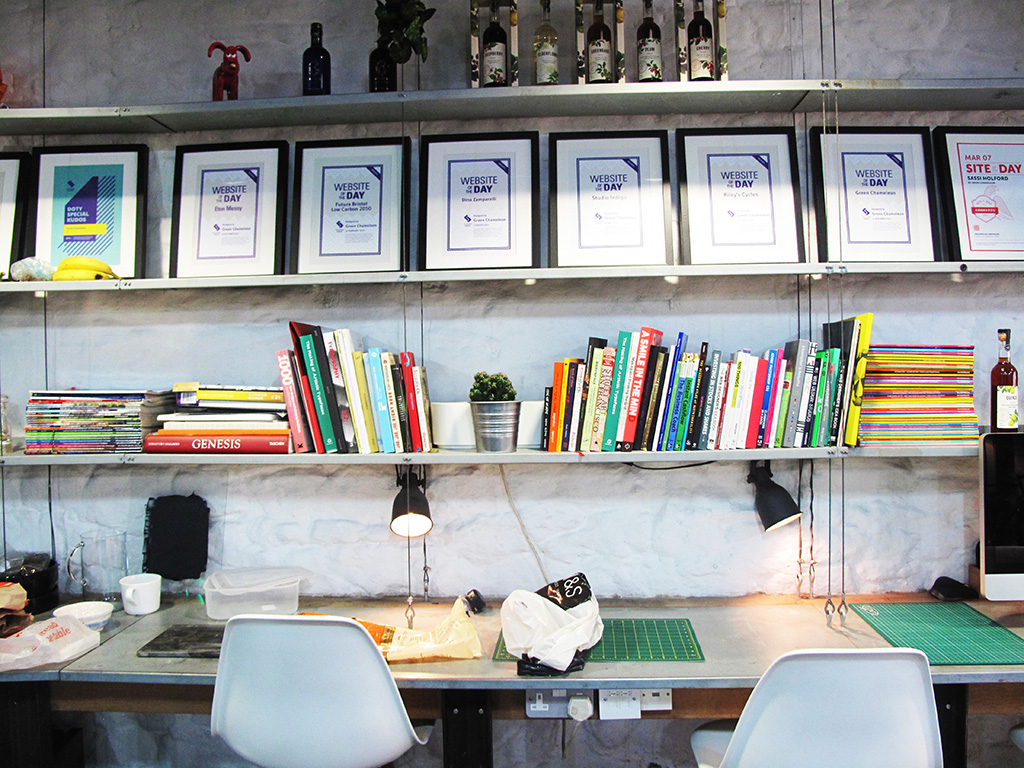 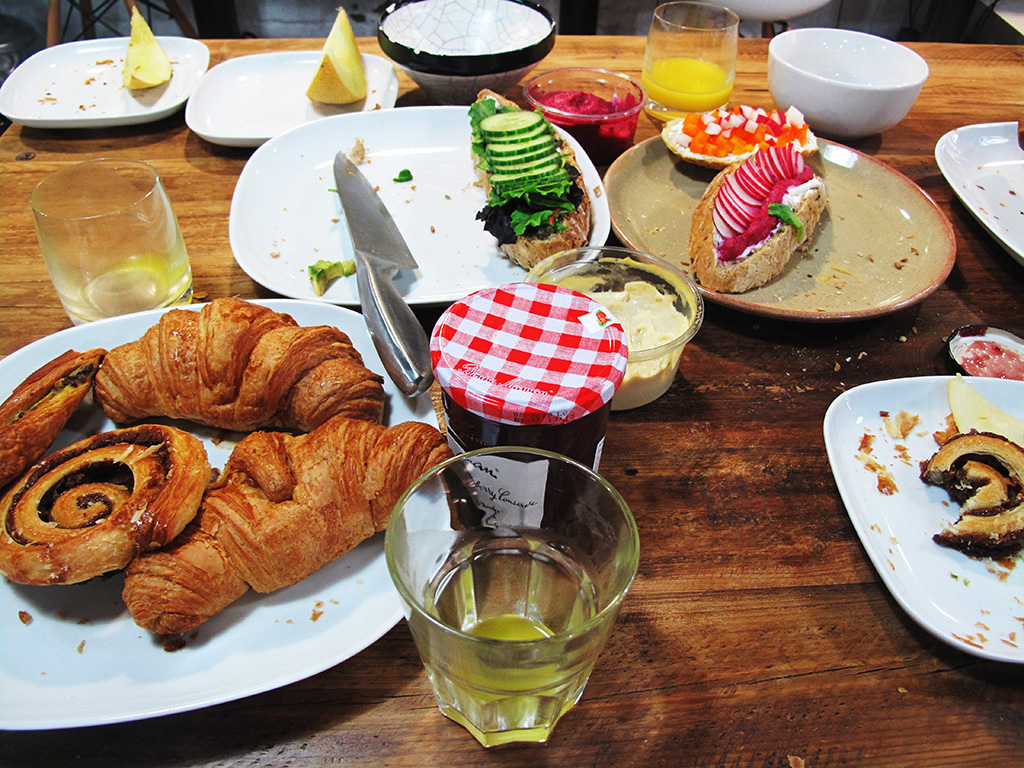 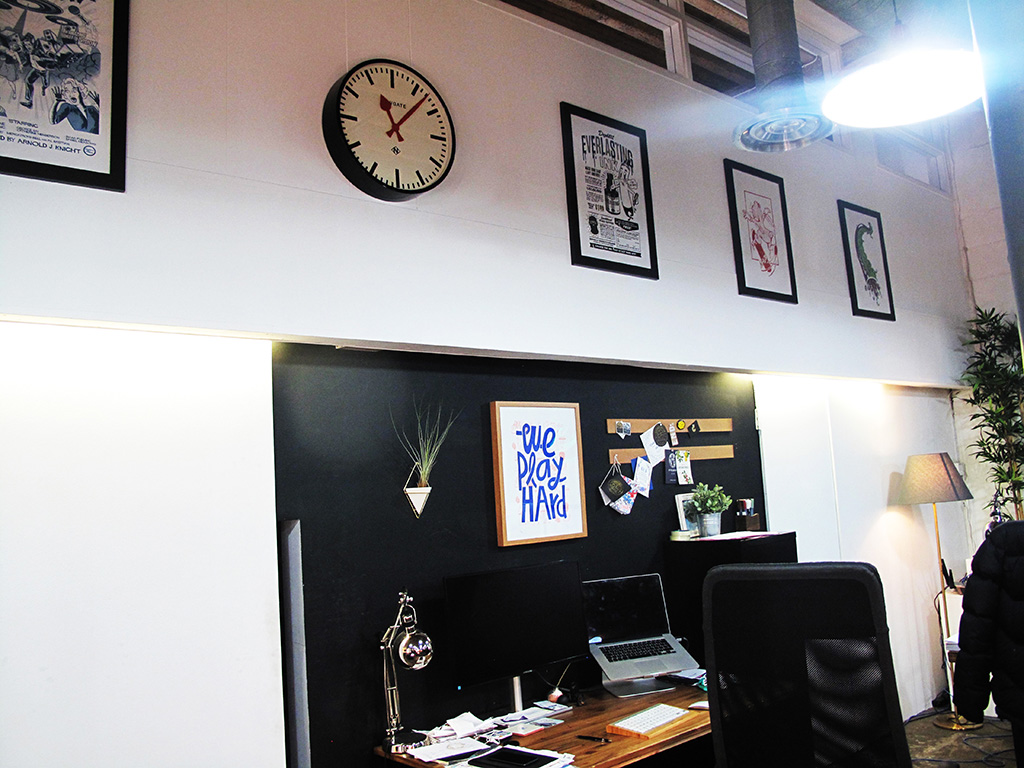 Before going in to the interview the thing that was at the forefront of my mind was to really observe, I wanted to record as much as possible and really get a feel for the studio. I wanted our publication to be a representation of what Green Chameleon was all about.

I wanted to talk about the culture of the studio, their website had a whole section titled ‘news’ where they talked about trends they were watching, in-studio interviews with different members of the team as well as blog entries and links to different studios work.

When I was in the studio there was a table piled high with the remains of what looks like a shared studio breakfast, Rollo says they have a shared breakfast on a Friday morning as a bit of a ritual. The way he talks about it, it strikes me as something quite important to them as a team. I think this says a whole lot about Green Chameleon as a studio, there is an incredibly relaxed environment within the studio, people’s bikes and personal belongings can be found throughout the ‘office’ although this word seems out of place in this relaxed, ground floor space on King Street. A games console can be found laid out underneath the big TV in the corner of the room. There is definitely something to be said about the way that this environment’s physical design seems to create an atmosphere, during the quiet Friday morning that I was in the studio the people that were there seemed to be relaxed and content.

Rollo says that their networking in Bristol wasn’t that great, he said that it was something that they know they can improve on but at the moment it’s not really something that plays a huge role in their business. He says that at Green Chameleon, networking is seen as a more aspirational thing, they are a very forward thinking business and networking to them means potentially collaborating with studios and agencies that they see themselves one day being like. He gave the examples of Focus Lab and Hello Monday, two agencies based in America who with the aid of online portals such as Behance and Dribbble its not hard to stay in touch and up to date with the work that they are producing.

I went in to Green Chameleon very much with the idea of talking to them about the ways in which their company functions as part of an immediate network of contemporaries within the local area but what struck me about this workplace is how obvious their own studio culture was and how a more introverted network is potentially more valuable to them as a whole design agency.

Green Chamelon creative agency is made up of Rollo Lewis (Business Director), Nathan and Tom. Together they make up the Business, Creative and Design elements of the creative consultancy agency Green Chameleon. Based on King Street in Bristol city centre, the company was formed in 2012 and they now have 13 people based in the office, not including the interns and free lancers that they have on more short-term contracts. They provide everything from packaging, web and logo design to complete rebranding as well as having in house designers specialising in illustration, photography and motion graphics.