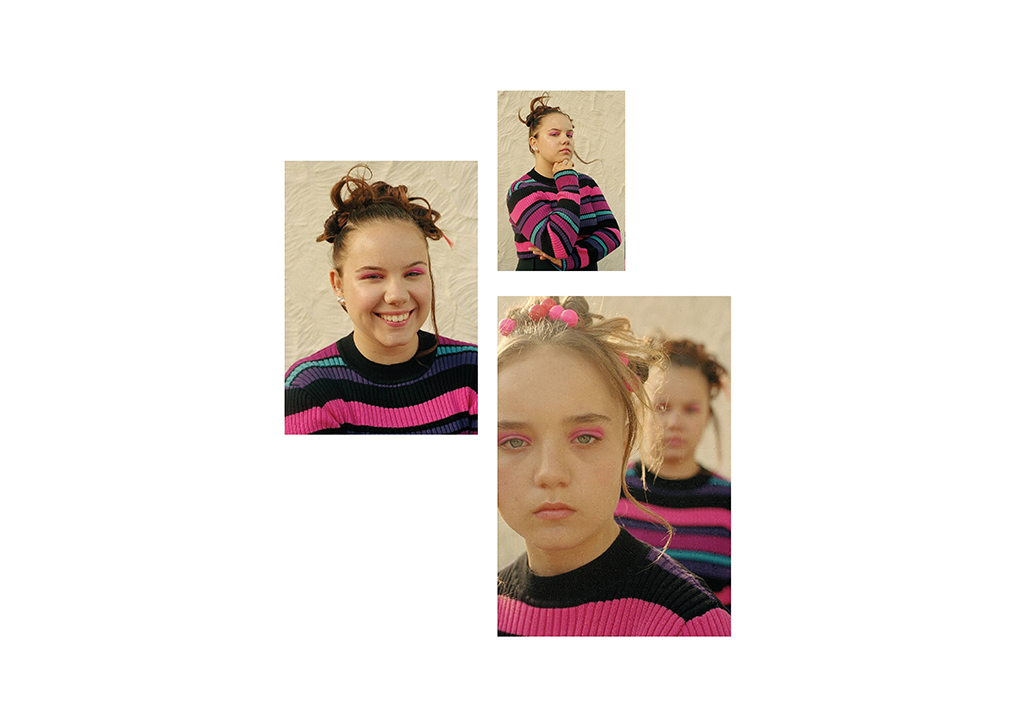 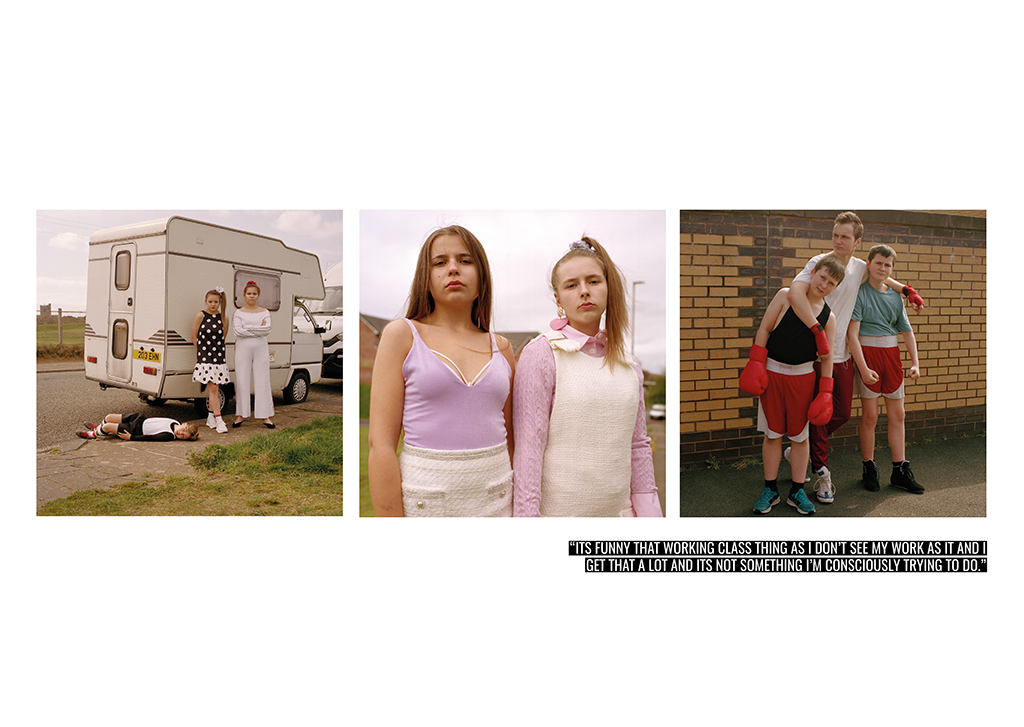 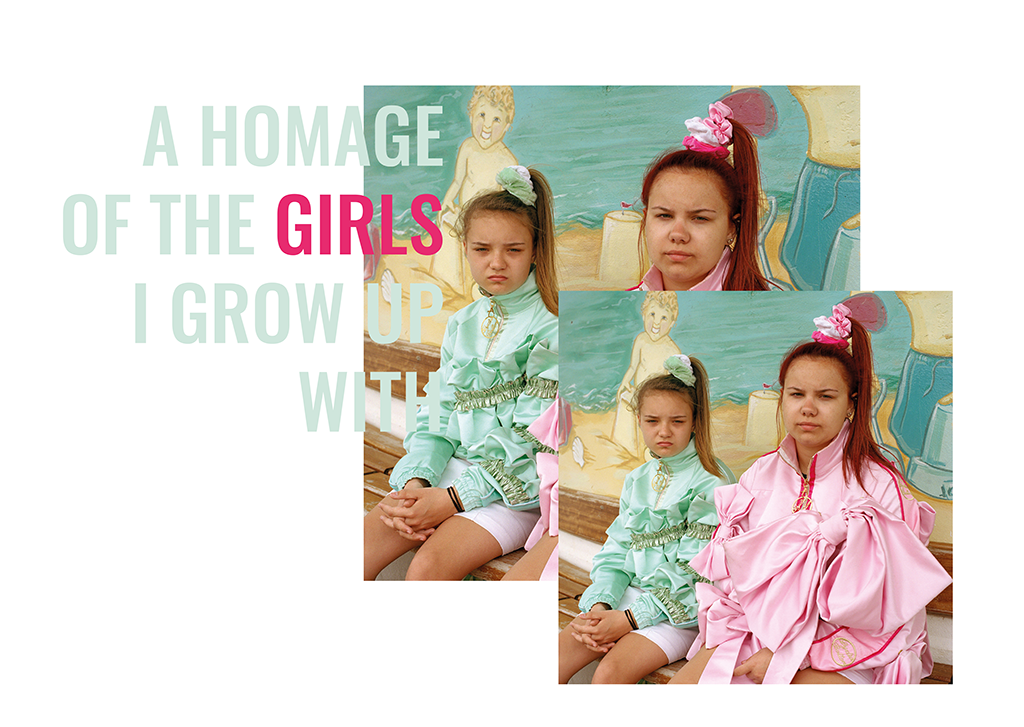 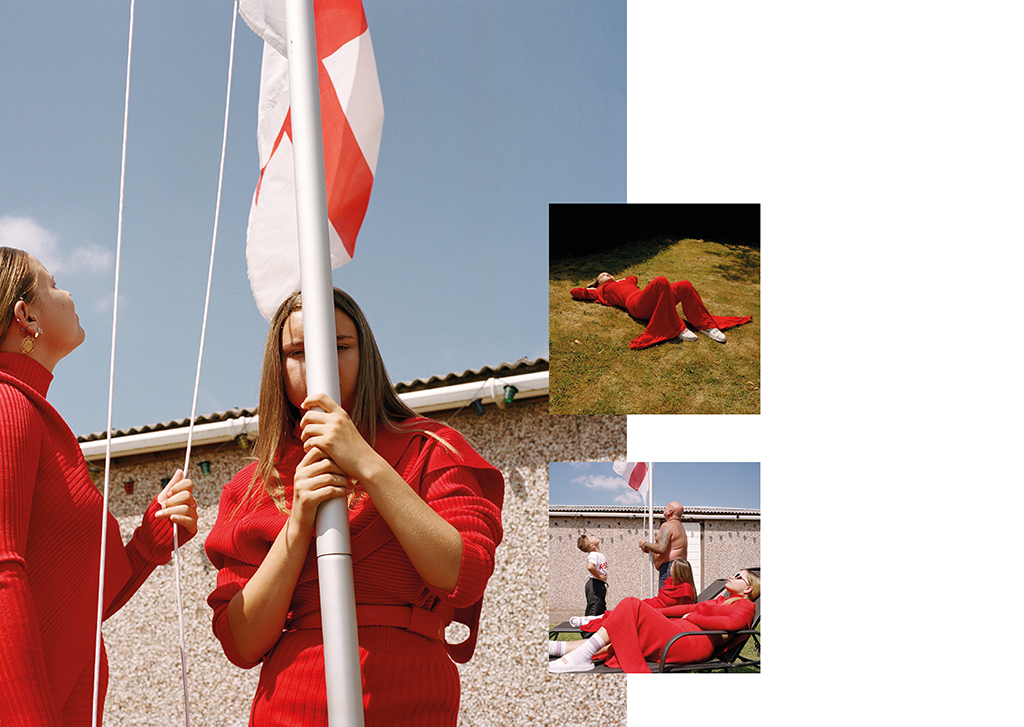 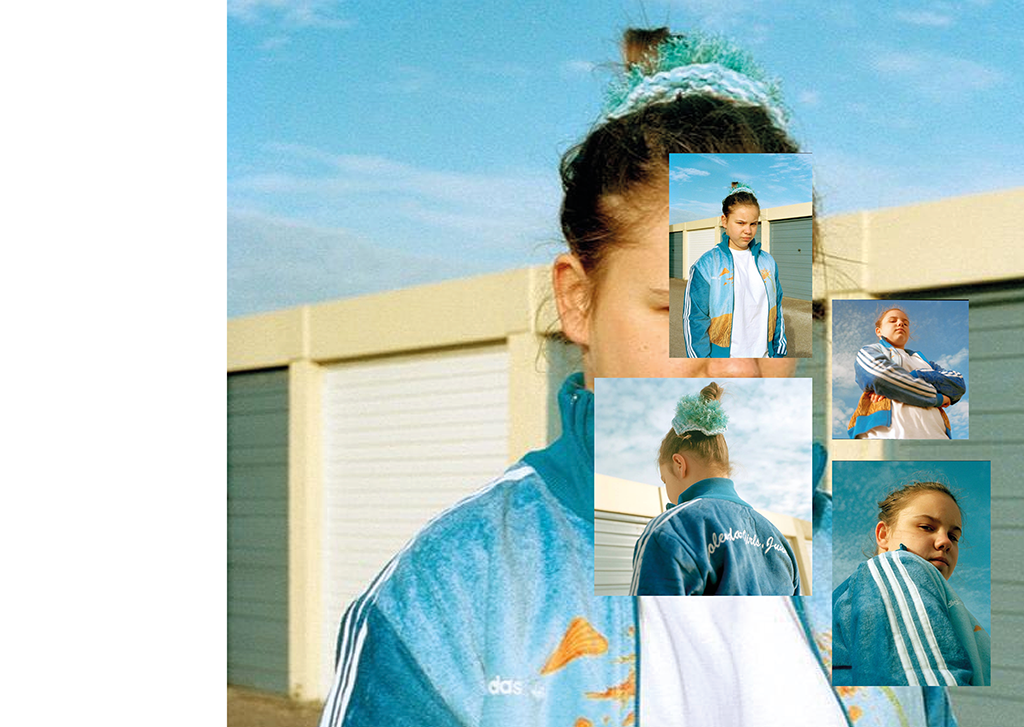 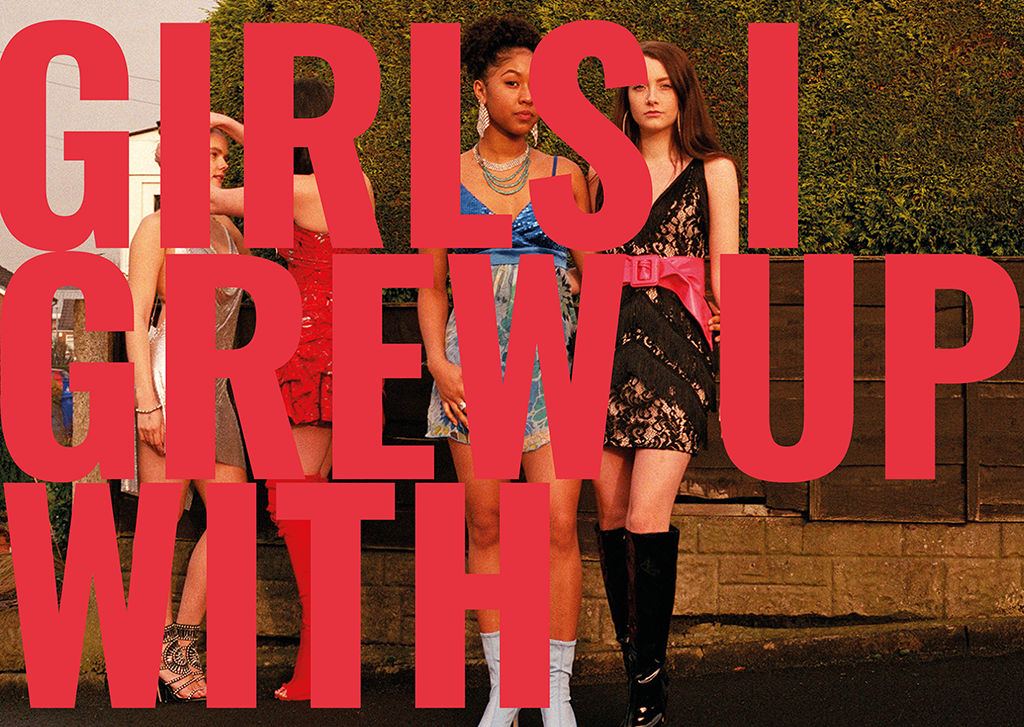 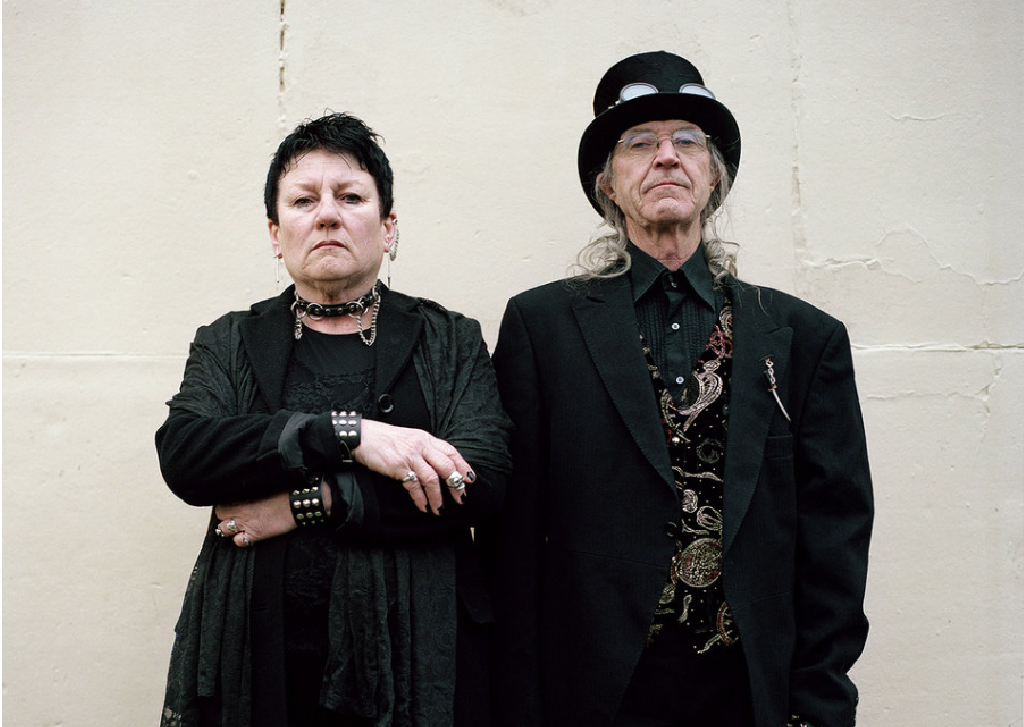 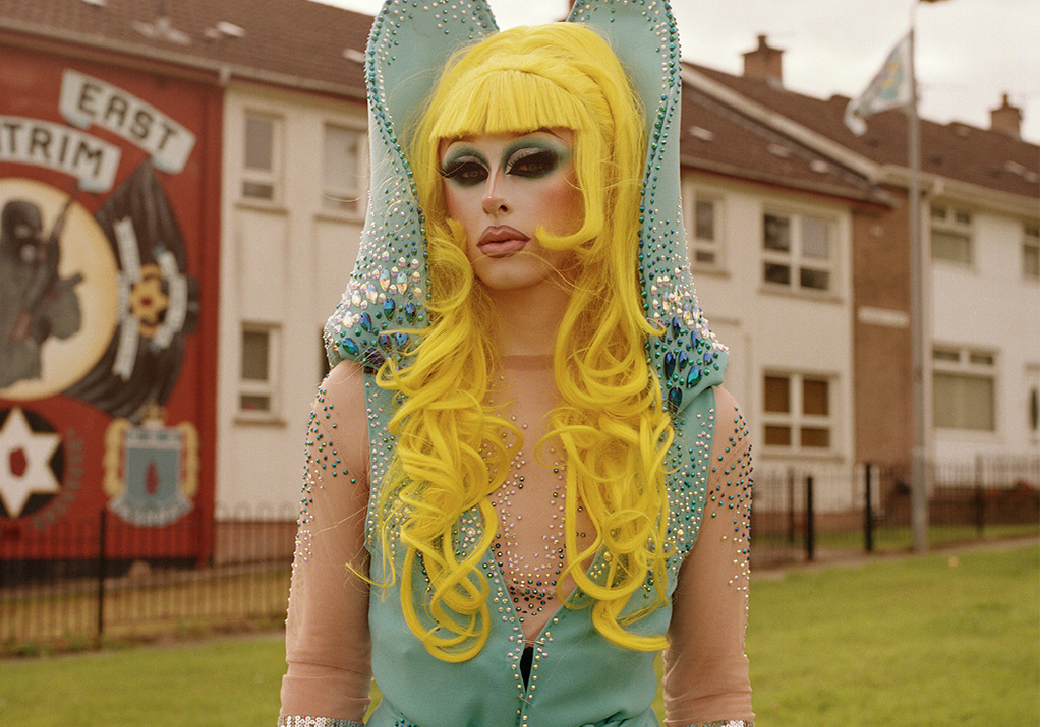 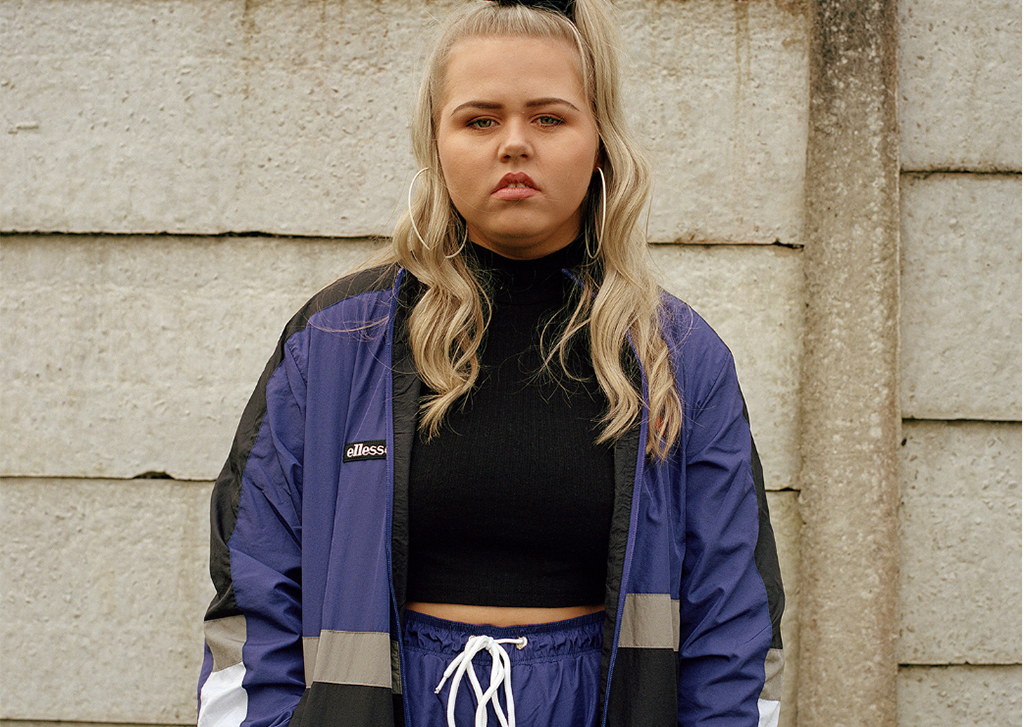 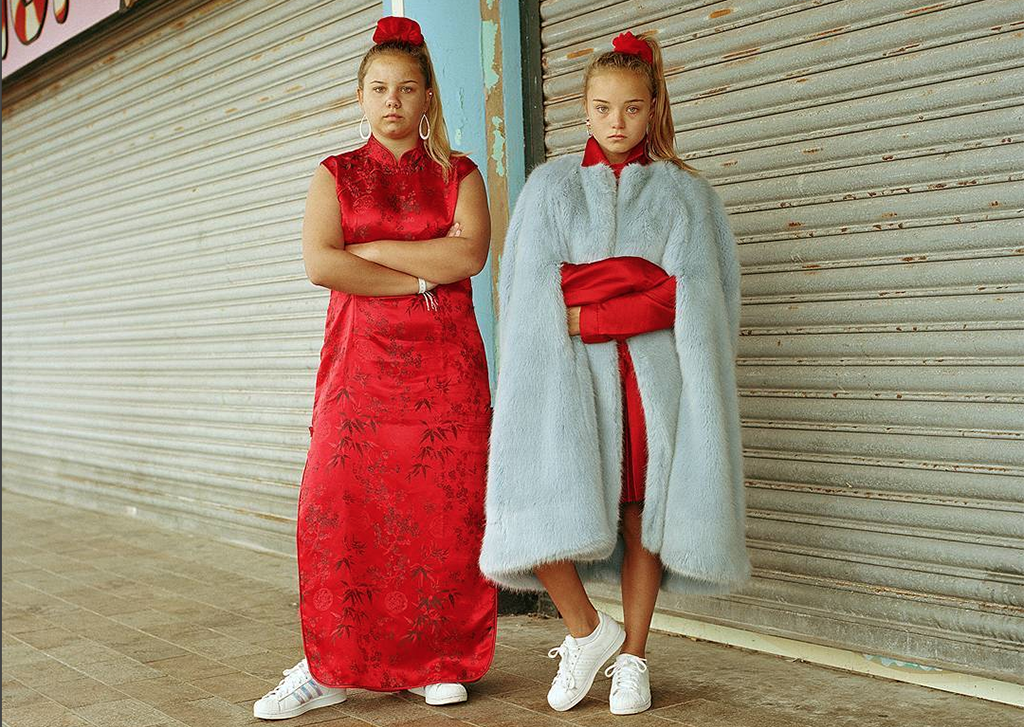 What cameras do you use?

I got 2 cameras, they’re both film cameras, I got 35mm Cannon AE-1 Program and I’ve got a medium format Hasselblad 500cm.

What was early life in Wirral like compared to Bristol?

The two areas are very distinctly different, Wirral isn’t really Liverpool, it’s quite quiet, people are quite friendly. I always say if you meet a scouser and don’t know a scouser, you won’t know if they’re being very friendly or very aggressive, you can feel a bit on edge sometimes when it’s just someone saying hello. For me though, it’s where I started to unknowingly create my work, although I wasn’t creating it; I was just observing people. I used to play outside my house lot, that’s why all my photos end up back on the street. Even if I’m doing a shoot in London I’ll look for somewhere that reminds me of home, and I haven’t found that in Bristol yet.

Do you have a main stylist you work with?

Charlotte James, been friends and is also a graduate of this program, so were doing great things here, she was the year above me. Her work is completely different to no w similar to mine. Charlotte is a creative director, casting direction and stylist. Helen M is who I work with in Sheffield. Vicky Oldshack who graduated the same time as me and haven’t done any work since but I thought she was the most amazing, her reference points were just amazing probably because she’s from the north they just chimed with.

A mind set being a big part in everything running smoothly, what would you say is the larger challenges that you face when your trying to work with people?

I’ve join as a lecture last year and I’ve done more work this year than I had in the four previously and I think its because I’m continually inspired by students. The students even assist me on shoots. In teams of that there the pressures of cost with film photography and with personal project which most of the time it is, I have to fund myself. Luckily I’m in a job where I can support myself. Before I came here I worked in a factory for three years, making bouncy castles.

I remember leaving Uni as that arrogant student and not wanting to go work in fashion and do someone else’s vision so I’m going to go get a job. Do it and leave it there don’t have to take it home and then I can along side build up this body of work. Which is now what I’m continuing to develop and now people are starting to pay interest into it. Me and charlotte have been doing that work for among 5 years and it only in the last 1 to 2 years that people have really started to pay attention and that is aborted by that more people and it has become fashionable. It always about the most shared values that’s the most important values for me.

Using actual models was the most boring thing, so dull, almost like they’ve come to modelling school, trained on how there meant to pose and I like the reaction if I ask to take someone picture, there always like why and it like they don’t realise how amazing they are and then showing the photos back is always such a nice process to show the exact reason why I wanted to photograph you. Making a great image.

Your work is an exaggerated mind set of what you remember from when you were younger.

Something important, thinking of nostalgia, I don’t photography cars in them. Or very obvious thing that are going to make it seems like its today. That because I don’t want it to look like it was today even though it was. Some very obvious symbols like a car just doesn’t allow your mind to wonder or question when it was. I was showing them to this person’s mum who I was photographing, and she was like “were these taken in the 80’s?”. I will take that compliment, it’s always interesting to hear people’s opinions on them.

Have you tried shooting down in the South East?

I lived in New Brighton for 2 years, which is where I photographed a lot of the sister’s series,

I didn’t like it being obvious that it was the beach or just the seaside in general, I think just little something that takes your mind there. People always laugh when I’m on shoots because I’ll be walking around looking for a brick wall and it has to be a certain kind of brick, and bringing it back to that I do nostalgia and it’s always, what I’m looking for, is a brick?

What type of brick?

A brick from the house that I grew up in when I was younger, it’s a very particular kind of brick and it does feature in a lot of my work. I’ve looked everywhere in Bristol for them and I can’t find one. Pebble dash is good as well, a lot of the houses where I grew up were pebble dash. Those walls, that kind of brick, it’s definitely Northern. Whenever I go back up north I can see it on the train, it’s like the houses start to morph into a northern house.

It’s nice to consider there’s a lot of little bits that work together as well, none of us would have guessed you were looking for the same kind of bricks.

Have you ever considered the fact that particularly with your Northern Soul collection and your goth collection that you’re creating a contrast between the people and the backdrops at all?

Yes. In terms of that Northern Soul one, I got to pick the area and I picked it because I liked the houses, I didn’t realise it was going to be that political. I’d never been to Northern Ireland before and when you get someone like Blu Hyrangea, a Drag Queen coming along which drag which is inherently political, to not photograph Blu in front of that estate would have been ridiculous. Blu was up for it as well, some other people that we photographed for that did not want to be photographed, I’ll tell you that and that’s fine. But I think when you’re being presented with opportunities like that and just that contrast, she looked quite Disney in that against that which is quite political and its sort of their background as well which is quite important but to also have that conversation beforehand.

That was an opportunity that presented itself. That contrast between backgrounds is always quite important, similarly the clothes and just those colours. I look back on my work and I photograph red a lot and it’s just a beautiful colour.

Dean Davies is an award winning photographer from Wirral and current lecturer at UWE Bristol, his work revolves around the fashion and lifestyle of the youth in the UK, with work for Ace & Tate and Crack magazine. His personal work delves into personal topics, for example his collections ‘Siblings’ and ‘Machester Girls’.